Senior poodle proves you're never too old to find love

Image
Senior poodle, who is 10 years old, proves you're never too old to find love when he's adopted from Best Friends in New York into his forever home.
By Nicole Hamilton

If you’re feeling a little lonely and worried that you’ll never find your tribe, take note: Luigi didn’t find his until he was 10. That’s about 70 in people years.

It’s never too late to find love and happiness, but it helps to have people in your corner to help you. At the Best Friends Lifesaving Center in New York City, Luigi had a whole team behind him, working hard to help him get what he deserved — a loving home. 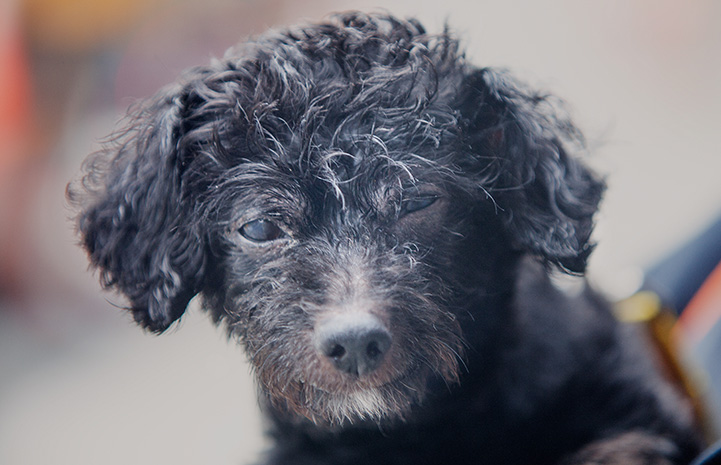 Finding a home for a senior dog

The first order of business for Luigi after he came to Best Friends from Animal Care Centers of New York City were some glamour shots. His photo shoot went well and, as expected, those photos helped Luigi become quite the popular senior on Instagram. Admirers from all over the country professed their love for him. It seemed everyone wanted a little dog with tousled dark brown hair and an adorably mischievous smile.

Meanwhile, Luigi was comfortable and happy at the center, with plenty of toys and belly rubs and lots of walks. The staff were confident that Luigi would be adopted soon, and it wasn’t just because of his looks. No, there’s more to Luigi than just a cute face.

“He was very mellow,” says Remson Omotayo, an adoptions specialist at the center. “He slept a lot, but the moment someone entered, he perked right up and was ready for a walk and was super affectionate. And he has the cutest little walking prance.”

Besides coming to the center with an eye condition that was easy to treat, Luigi was a healthy guy — although, truth be told, not exactly trim. He arrived at Best Friends a little overweight, but, hey, nobody’s perfect. And after Luigi was placed on a diet, he shed the pounds. 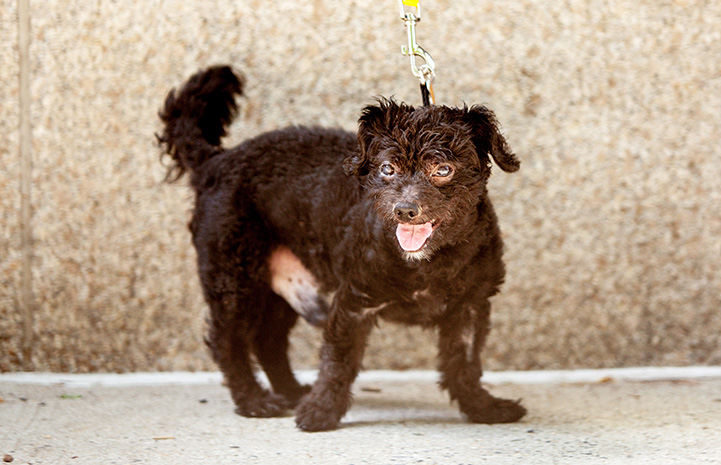 In a good place to find love

With a sleeker physique and a great attitude, thanks to lots of naps and walks in the fresh air, Luigi was in the right place to find love. And while he had internet fans as far away as the West Coast, his adopter ended up being close by. Just a few blocks away from the center, in fact.

Rosemary Paoletti has been a fan of Best Friends for years. She and her husband, Eric, live outside the city, but when she took a job in Manhattan, she was thrilled to learn that it offered a wonderful fringe benefit — it was near the adoption center in Soho.

Rosemary started stopping in from time to time to meet the pets there, thinking that if she met the right dog, she might like to adopt. Then one day, she saw Luigi patiently sitting in his kennel. “He was so adorable,” says Rosemary. “I just fell in love with him.”

Soon, Luigi was on his way home with Rosemary. He handled the long commute via subway and bus without a hitch, as if he knew he was going home. 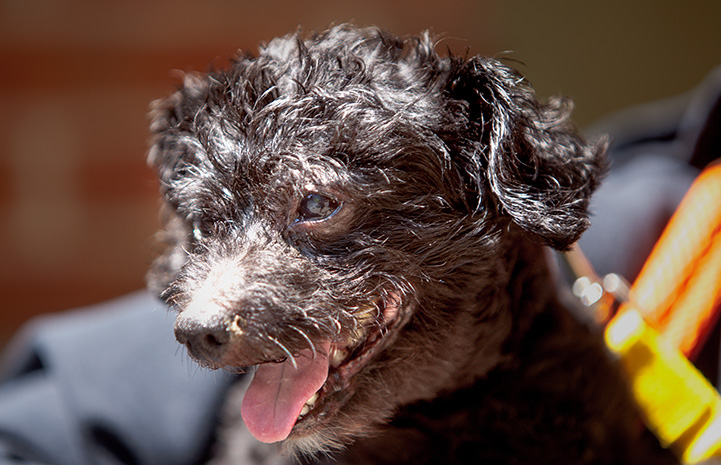 As soon as Luigi walked into Rosemary’s house for the first time and met her two small dogs, Marshmallow and Peanut Butter, it was evident that he’d found his tribe. The three became instant BFFs.

“You would not believe these three had just met,” says Rosemary, who kept Marshmallow and Peanut Butter outside at first, while Luigi got the lay of the land. But when the first meeting included barking accompanied by tail wagging, she decided to let them be together. “Now they’re inseparable,” she says.

In fact, on Luigi’s first night in his new home, Rosemary and Eric set up an enclosed area near their bed for him, while Marshmallow and Peanut Butter hopped into bed the way they always do. But after Luigi began crying, Rosemary and Eric let him up in the bed, too — and with smashing success.

“All three of them slept soundly together through the night,” says Rosemary. “They didn’t get up at all. It was amazing.”

Age is just a number

Sometimes the thought of adopting a senior pet can give people pause. But not Rosemary and Eric. “Honestly, it didn’t matter to us how old he is,” says Rosemary. “All we thought about was giving him a great life, whether it was for six months or six years.”

Because Luigi isn’t able to jump off the bed like his two besties do, Rosemary and Eric strategically place pillows on the floor by the bed every night so he has a softer landing. And because Luigi has cataracts, they leave lights on for him at night so he can see better, and Rosemary diligently cleans his eyes, which tend to tear, with a cold compress. It’s all part of having a senior pet, but to Rosemary and Eric, it’s an honor — not a burden.

In fact, Luigi recently made it clear that age is just a silly number. “He doesn’t usually play with toys,” says Rosemary, “but last Saturday he just picked up a ball and started running with it. It was so adorable.”

In honor of her dad, an animal lover who used to feed the deer in the backyard, Rosemary renamed Luigi Peppino, after “Peppino the Italian Mouse,” a song she sang as a child. It’s perhaps proof that Luigi hasn’t just found his tribe, he’s found his family.

“Sometimes he looks at us like he’s so grateful we saved him,” says Rosemary. “He doesn’t know he’s made such a difference in our lives, too.” 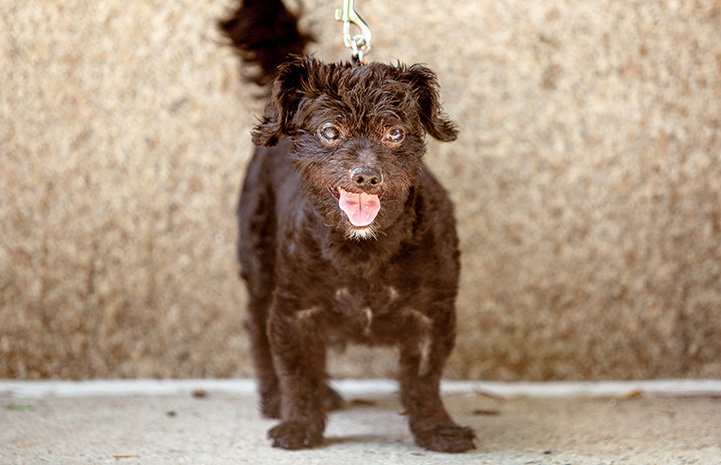