Numbers may not be very warm and fuzzy, but data is just as important as the hands-on work to save pets. But, numbers in animal welfare have been challenging to track on a national level, making it difficult to know where there’s the most need, among other crucial information that can mean the difference between life and death for dogs and cats in shelters. The great news is that Best Friends Animal Society and several other organizations have come together to change that.

Several leading national animal welfare organizations today announced the launch of Shelter Animals Count: The National Database Project, a first-of-its-kind platform for the collection and reporting of animal shelter data for organizations across the country.

The database, which can be found at www.shelteranimalscount.org, is focused on promoting the importance of data collection as the organization recruits shelters to participate. As more shelters join, the database project will be able to measure progress in animal welfare on a national level, inspire lifesaving collaboration and increased public engagement, and have a positive impact on pet homelessness in the future. And Best Friends is excited to be part of it. 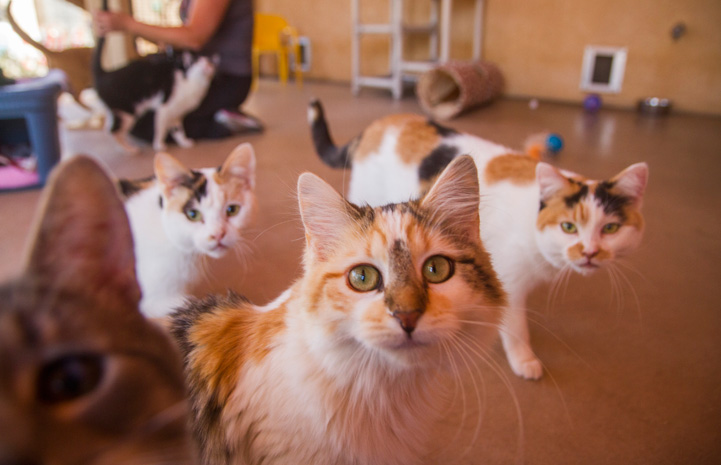 Best Friends CEO Gregory Castle says, “Data is an incredibly important part of what we do. In our local programs and around the country, using data to shape our work allows us to not only track progress, but also understand where the problem areas are, and where to put our resources to drive maximum impact.” While Best Friends can track its own data, what’s been missing up to this point is a true national picture. And Shelter Animals Count will fill in those large gaps of information.

A variety of efforts have been undertaken over the past few decades to create a platform for shelter data reporting, yet no national or centralized system exists for consolidated shelter data until now. In late 2011, several animal welfare organizations, including Best Friends, convened and began to envision the creation of a national shelter database. In the fall of 2012, a formal governing board of directors was established, which then incorporated Shelter Animals Count, an independent non-profit created to bring the national shelter database to life.

Who is Shelter Animals Count?

Once an initial baseline of data has been gathered, Shelter Animals Count will be able to provide comparative reports — including shelter and U.S. census data through a Tableau Software interface — by mid-2016. These reports will be viewable and sortable by the public on the Shelter Animals Count website to allow for community comparisons using variables such as population, education and income levels.

Now, we’re working to recruit as many shelters and rescues as possible to join in. All this will lead to more effective programs to save dogs and cats nationwide, which is, after all, what counts the most.