Image
Mary Jane was scared of everything when she was at a shelter surrounded by dogs, but now she's relaxing and starting to come out of her shell.
By Sarah Thornton

Mary Jane had been out of her element for some time. Her story doesn’t start all that differently from that of many homeless pets. She was found wandering the streets, and brought into a shelter. She was safe, but in her case, being a pig, the loud, barking neighbors made her anxious and she shied away from her caregivers, unsure of everything around her. It didn’t take long for shelter staff to decide that she needed a change of scenery to help her relax so she could have a better chance at finding a home. That’s when they reached out to Best Friends.

The small pot-bellied pig looked terrified when Don Clark, a local Best Friends volunteer, arrived to pick her up. “She was just lying there in the run shaking,” he says. Mary Jane didn’t want to budge and the excited barking in the next run over wasn’t helping. It was all just a bit too much for her to handle. But Don was patient and gentle with the overwhelmed pig.

He tried luring her into her transport crate with Fig Newtons, but she had no interest in the sweet treats. Instead, he was left to slowly herd her along using a sorting board (a broad board that makes it easier to move large animals) that he had brought with him.

[A pig walked into a bar]

“I just worked with Mary Jane to get her to move, little by little,” says Don. “And she did.” After around 20 minutes of slow encouragement, Mary Jane was ready to be loaded into the van and make the long trip to the Sanctuary.

Don took the mountain turns slowly, trying to make the trip as easy as possible on his nervous passenger. And he talked to her the whole time, attempting to calm her with quiet promises that soon she’d be safe, loved and able to relax and enjoy the scenic, open atmosphere of the Sanctuary. 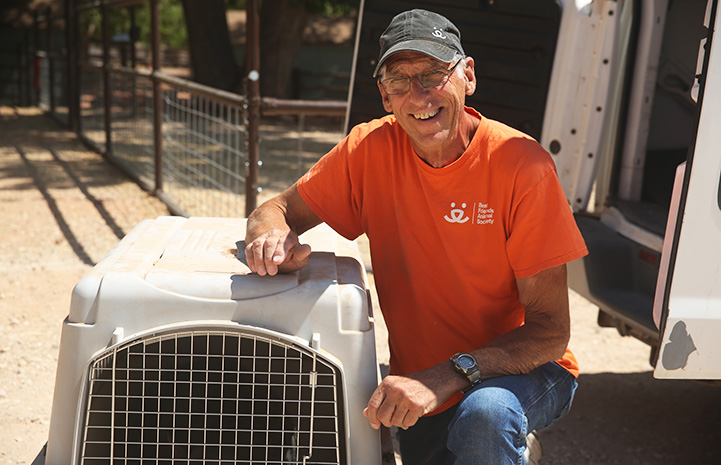 While Don and Mary Jane were on their long drive back, Sanctuary caregivers at Marshall’s Piggy Paradise were getting ready for their newest resident. They set up a quiet area that included a pile of bedding, her own kiddie pool and plenty of space where she could decompress.

“We got the crate out,” Don recalls, “then opened it up and she darted right out. She ran and got into a pile of shavings immediately and did not want to move after that.”

The space and the quiet helped, though. Resting in the shavings, Mary Jane had a chance to calm down. With enough time to take in her surroundings properly, she found the pool, and then it was only a matter of time before she’d splashed out enough water out to make herself a mud puddle to roll around in. Finally, she could start doing pig things again.

She couldn’t go right in with the other pigs, though because she hadn’t yet been spayed, and pig introductions can be difficult. With Mary Jane already being so shy, caregivers didn’t want to put her through the stress of meeting the rest of the group, only to have her leave again for her surgery and recovery. Instead, she got a different sort of roommate ― a pair of easygoing goats.

“She’s just so precious,” says Rosalie Wind, one of Mary Jane’s caregivers. “She’s so sweet. Sometimes she’ll follow them around because she wants a friend.”

It’s not just the goats Mary Jane is interested in, either. She’s comfortable with Meow, the working cat you’re bound to meet if you visit Piggy Paradise or Horse Haven at Best Friends. She’s also curious about the dogs who come to work with their people, despite her uncomfortable experience with her noisy neighbors. And she’s always trying to get the pigs on the other side of the fence to run back and forth with her, tiny tail swishing wildly as she goes.

The one thing she’s still not sure about, though, is people. But everyone around her is doing their best to help her through that shyness. It just involves a lot of almonds. (She’s still not interested in Fig Newtons.) 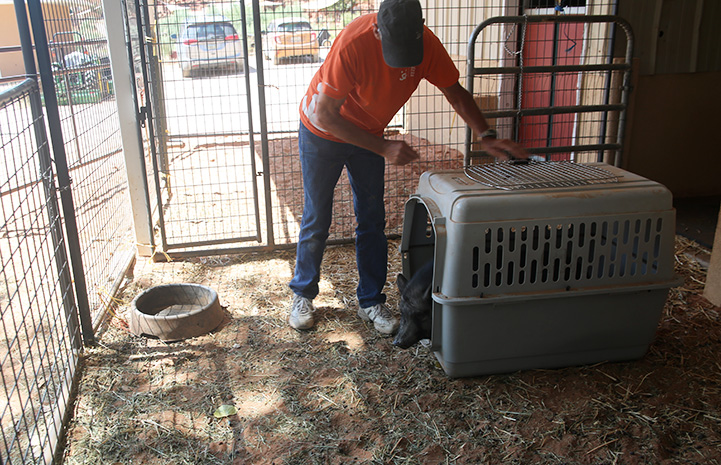 Helping Mary Jane come out of her shell

Mary Jane is still just young enough to benefit from socialization and Rosalie says getting comfortable with people is now what’s most important for her. “If pigs aren’t socialized enough by the time they get to a certain age, there’s just so much you can do.”

She wants Mary Jane to meet all sorts of people with different energy levels and different faces, So, whenever staffers have free time — caregiver, intern or volunteer ― they work with Mary Jane. Just sitting near her quietly and talking helps get her used to the presence of humans. And since the fastest way to many folks’ hearts is through their stomachs, a handful of almonds is sure to encourage her a little closer each time.

Jeanine Courtney-Clark, another local volunteer “pig whisperer,” and Don’s wife, has spent hours with Mary Jane getting her comfortable enough to follow her around and go for walks outside. 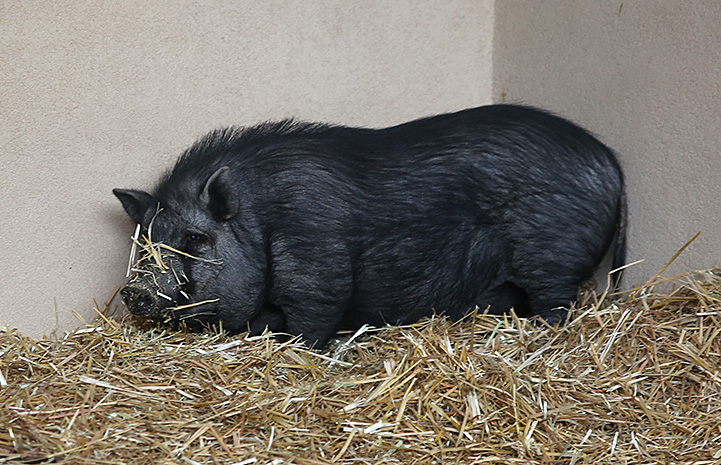 “I told Jeanine you want to work on her recall in here first,” Rosalie says. “Give her a few treats and take five steps. Just work on making sure she actually follows you and stays around you. The hard thing with these guys is they’re at liberty. They never have a leash on, they can go wherever they want and do whatever they want. So, you want to keep it very short because you don’t want it to turn into an hour long, she-takes-off-and-you-have-to-go-find-her kind of thing.”

And though she isn’t keen on being touched or getting too close to people for too long, Mary Jane has done quite well on her walks. She gets distracted sometimes, but sticks close to wherever the treats are coming from. And when it’s all over and nothing bad has happened to her, her confidence grows a little more each time.

Mary Jane is making a ton of progress. “When she first got here a few weeks ago, there’s no way she would have let me kneel next to her,” says Rosalie, who adds that she can now hold out a dozen almonds and Mary Jane will slowly inch her way closer until she’s eating right out of her hand. She’ll even accept treats from brand-new people, as long as they’re not looking at her.

So, while Mary Jane still has a long way to go until she’s rolling over for belly rubs and back scratches like some of the other pigs, she’s already come quite far from the scared, quaking pot-bellied pig picked up by Don at the shelter. Soon, she’ll be spayed and playing with the other pigs. And with help, bit by bit, she’s starting to feel a little more in her safe, muddy element. 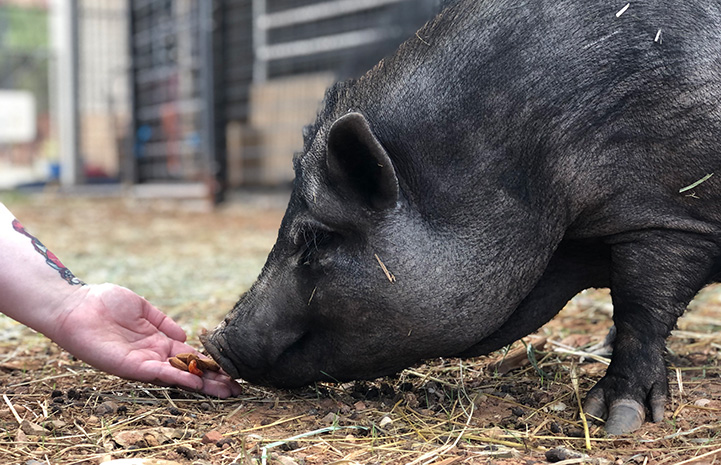 By volunteering near you, you can change the lives of homeless pets like Mary Jane.