A country singer is born

Another major influence in Tyler’s upbringing was music. He received his first guitar as a gift from his grandparents at age 13, and he’d bring it to family gatherings where he would play and his family would sing their favorite songs. After graduating with a “sensible” degree in economics, the then-aspiring singer, musician and songwriter moved to Los Angeles to try his hand at a music career. He played a variety of music genres in different bands before settling in as a solo act and honing his skills as a country artist.

Tyler quickly expanded his fan base from northern California to Nashville, where he signed a record deal in 2017. His four-song debut EP included the chart-topping certified gold single, “The Difference,” and Tyler went on to tour with Brett Young, Justin Moore, LANCO and Dustin Lynch, as well as concert dates sharing billing with Sam Hunt, Brett Eldridge, Cole Swindell, Dan + Shay and more.

In 2018, in addition to being compared with such artists as Thomas Rhett and Brett Young, Tyler was named among the “10 Country Artists You Need to Know” by Rolling Stone. Singles soon followed, including “Leave Her Wild” and “Rather Be Us,” further cementing his place as one of the top new voices in country music. 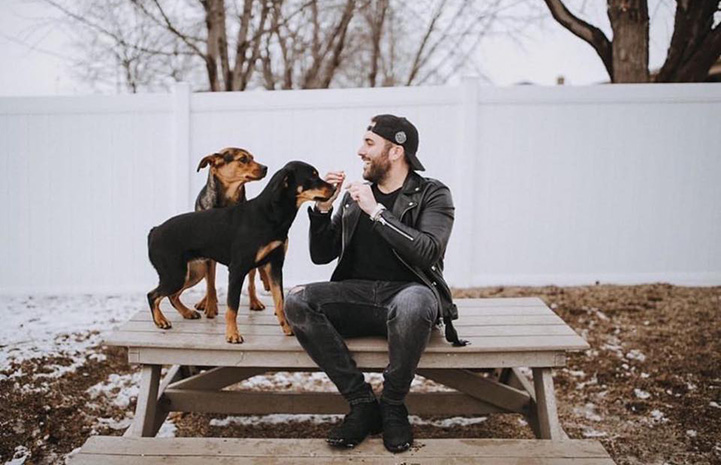 Earlier this year, Tyler combined his passion for music and saving homeless pets by launching Rich Rescues, an initiative that helps spotlight homeless pets in the various cities where he tours.

“On tour I visit local shelters and bring awareness of animals in need of a home to my fans in those cities,” he says. “But whether on tour or not, I’ll always do my best to inspire others to adopt those sweet faces hoping for a forever home.” Tyler shares those furry faces on Facebook, Instagram and Twitter.

While the COVID-19 pandemic put Tyler’s touring on hold, it didn’t stop him from working on his music or advocating for pets in need. Rich took the opportunity to finish his recently released full-length album Two Thousand Miles, a nod to the distance between Los Angeles — where his wife and fellow animal lover Sabina Gadecki pursues her career as an actress — and Nashville, where many of Rich’s music industry colleagues and collaborators reside.

Tyler and Sabina also adopted a senior dog named Max. “Max was a 15-year-old Samoyed-husky mix in need of a home over quarantine,” says Tyler. “Every single day we get to watch him come back to life, and it’s the greatest reward.”

Tyler told People magazine that adopting a senior dog can be one of life’s most rewarding experiences.

“Max could barely walk and now he is full of excitement every time he greets us at the front door. That dog got another shot. It’s something everyone should try to feel. A few good years with a dog is worth it, and there is no greater reward than taking in a senior shelter dog and seeing that dog come back to life.” 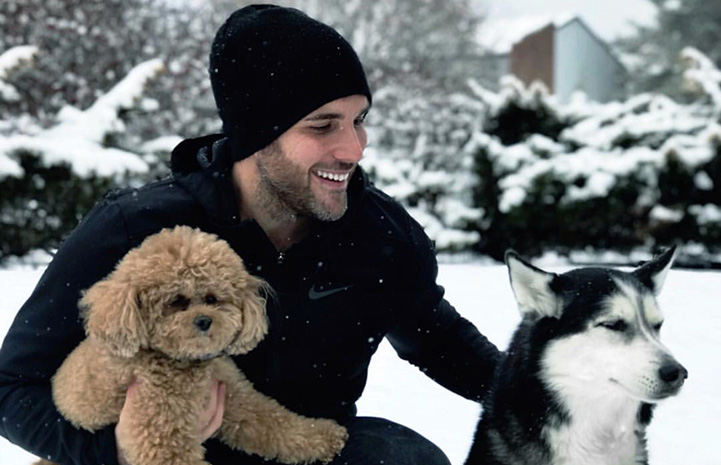 Max joined the couple’s other rescued senior dog, a husky named Abby. Tyler, now 34, adopted Abby when he was just 19. In July, both Max and Abby, along with Sabina, made cameo appearances during his performances of “The Difference” and “Feels Like Home,” during Songs to Save Them All, a Best Friends virtual fundraising concert. The couple and their dogs participated from Carmel, California, while on a bucket list-style road trip that included visits to Yosemite National Park, Lake Tahoe, the San Francisco Bay area, California’s central coast and other picturesque locales.

The joy Tyler and Sabina get from their rescued pets is clearly reflected in Tyler’s dedication to helping find homes for homeless pets. The singer plans to continue using his platforms to raise awareness about the importance of pet adoption, with the hope that he can inspire others to know the feeling of saving a life. “I hope everyone gets to experience that, and they can if they adopt a dog that’s given up hope,” he says. 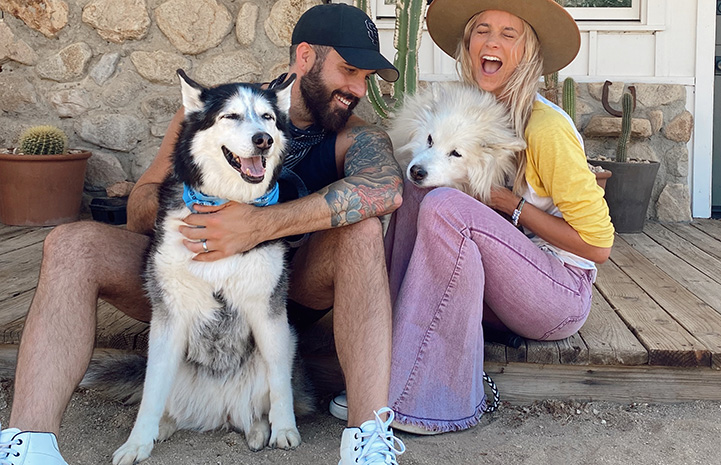 You can learn more about Tyler Rich, his music and Rich Rescues at tylerrich.com and by following Tyler on Instagram.

Strut Your Mutt 2020 goes virtual from coast to coast.