Strut Your Mutt: Taking fundraising for pets to the next level 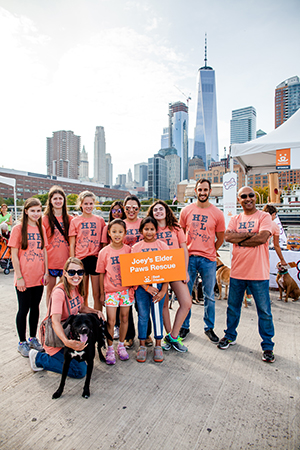 Last year was Serena Gauba’s first time participating in Strut Your Mutt, and she made it count.

She put together a team to raise funds for Joey’s Elder Paws (Now H.e, a nonprofit organization in New York, and then got to work. It turns out that when this high school junior sets her mind to something, nothing can stop her.

She ended up raising more than $40,000 for Joey’s Elder Paws. That not only went a long way toward saving pets, but it made her the top fundraiser out of nearly 13,500 participants in Strut Your Mutt.

This year’s Strut Your Mutt (September 8 through October 20 in 14 cities around the country) is coming up soon and thousands of people, including Serena, are geared up and already starting to raise funds. The live events include a walk, exhibitors, activities, entertainment and food trucks. Anyone who can’t participate in a walk near them can take part in Strut Your Mutt Day, a fundraising event on October 27.

It’s all part of Best Friends’ efforts to take the entire country no-kill by 2025, and one of the ways we’re supporting shelters and rescue groups that are working hard to save lives.

What makes the event unique is that people can raise funds for Best Friends or any of the 2,300-plus Best Friends Network partners across the country — from small, private rescue groups to municipal shelters.

Best Friends hosts each event, as well as the online platform that makes it easy and free for groups to raise money without having to organize a walk event on their own. Last year, Strut Your Mutt helped raise nearly $2 million for shelters and rescue groups across the country. It helps established organizations keep their programs going, and helps new groups, like Joey’s Elder Paws, get a healthy start.

“As a new rescue, Strut Your Mutt was a great platform for us at Joey’s Elder Paws to reach out to our community to raise funds, and also for our profile,” says Serena. “The fact that there was a venue and actual walk in New York City was a big draw for our team comprising mainly of youth members. Strut Your Mutt was our biggest and most fun fundraising endeavor, enabling us to achieve a lot of our animal rescue and welfare goals.”

Participants not only are able to raise a large portion of their organization’s operating budget, but they can win prizes, too. As the top fundraiser overall last year, Serena won an additional $1,000 for Joey’s Elder Paws, a prize pack from presenting sponsor BOBS from Skechers, and a trip to Best Friends Animal Sanctuary in Utah. 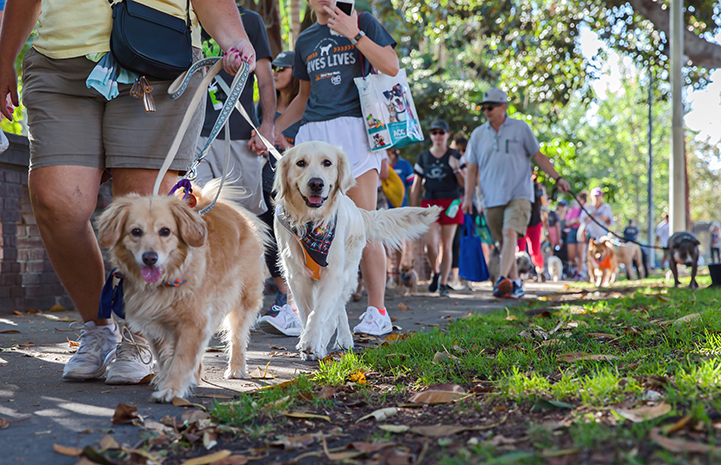 How to raise money to save animals

In the spirit of collaboration and working together to save more lives, Serena was kind enough to share her secrets.

“What worked for us was to involve kids in our fundraising efforts,” she says. “My then eight-year-old sister and I reached out to our friends and classmates to join us for Strut Your Mutt. We had about 20 youth team members who raised money for Joey’s Elder Paws by soliciting family, friends and neighbors.”

People get creative selling donated items, hosting dog washes, making videos and sharing photos of rescued pets online — all to raise funds. By the time the events roll around, all the fundraising work is done and people come together to celebrate.

The most important part of Strut Your Mutt is, of course, raising much-needed funds to save pets’ lives. But it’s also important to come together and have fun as an animal-loving community.

Serena summed up the experience with these words: “I really liked how everyone from different walks of life came together to raise funds and walk for animals. There were a lot of rescue groups and animal lovers at SYM along the beautiful Hudson river — all united in our efforts to save animals — who made me feel empowered that we could really make a difference and one day Save Them All.”

Sign up to Strut, or donate to a team near you 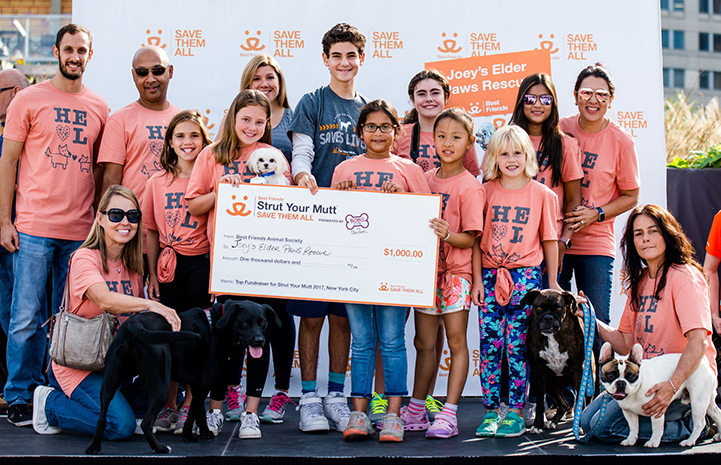 Strut Your Mutt 2018 dates and locations

Special thanks this year’s Strut Your Mutt sponsors