Image
Tabby cat uses his back legs to get around, much like a kangaroo does. This doesn't slow him down in the least; he enjoys life to the fullest.
By Nicole Hamilton 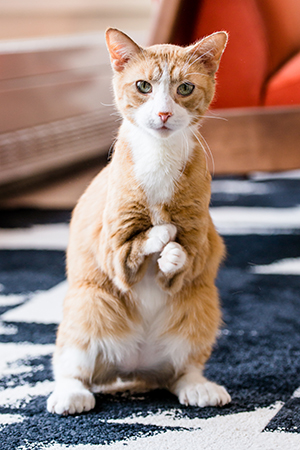 When you first meet Roo, the six-year-old tabby, you’re apt to notice his very short front legs and paws that he holds in a sort of boxer’s stance. But even though his body may look a little different, he can do nearly everything other cats can do. He enjoys climbing up to high places or into someone’s lap. And he loves to chase toys and watch birds from the window.

Roo is a natural at using his hind legs to get around, much like a kangaroo. And for Lisa Carvalho, a volunteer at the Best Friends Pet Adoption Center in New York, falling in love with him came quite naturally, too.

A meeting meant to be

“I took one look at him and that was it. I knew I wanted to adopt him,” says Lisa, who met Roo when she was volunteering one day. Roo had just arrived the center from K9 Kastle, a Best Friends No More Homeless Pets Network partner group that met Roo at Animal Care Centers of NYC, where he had been surrendered.

Best Friends in New York opens its pet adoption center to partner shelters and rescue organizations, and with its prime location in SoHo and big front windows where cats can perch, the people at K9 Kastle felt it was the perfect place for Roo to meet lots of potential adopters and find a loving home. And they were right. Roo hadn’t even been at the pet adoption center for a week before he met Lisa and captured her heart.

“Roo is such a special cat, and it was amazing to watch Lisa make such a strong connection with him when they met,” says Suzanne Remito, pet adoption center adoption specialist. “It was a perfect match.”

Teaching us something new every day

Roo quickly made himself comfortable in the home that Lisa shares with her husband, former NBA player Butch Beard. Butch is a basketball coach to underserved youth in Louisville, but when he’s at home in New York, he likes to cheer on Roo when he jumps, as if Roo were a player on his team.

“It’s like he’s an Olympic jumper. It’s amazing to watch and so inspiring,” says Lisa. “Roo doesn’t see himself as having special needs.” 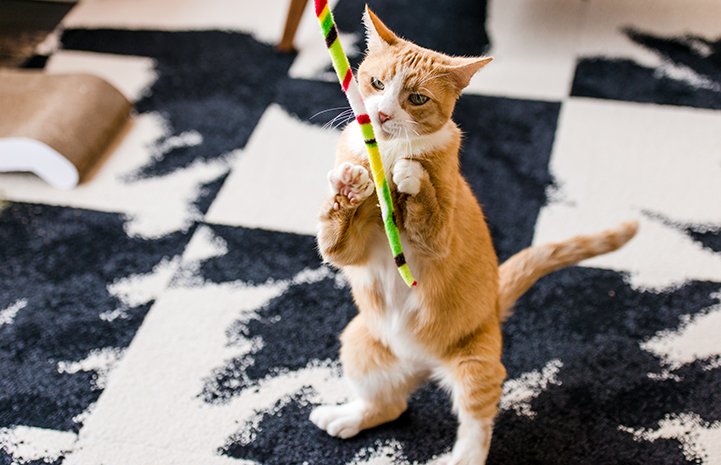 To make sure Roo had a smooth landing when he arrived at Lisa’s home, Lisa went to a pet supply store and bought Roo “everything on the planet” that she thought would help him, including an orthopedic dog bed, a dog condo where he could escape for some alone time, and soft toys that he can catch in his teeth.

Roo loves the toys and often catches them by standing on his hind legs. But he hasn’t used the other items yet, probably because he prefers jumping up on the couch and bed. And while his favorite place in the house is wherever Lisa and Butch are, he’s also content with giving the other feline in the house all the time and space she needs to get used to having him around.

From the guests who visit Lisa and Butch’s home, to the veterinarian who has cared for Lisa’s pets for more than 15 years, everyone who meets Roo says he’s “special.” But it’s not a word they use to describe the way he looks, but rather his personality. “He’s just the sweetest, most gentle cat,” says Lisa. “You can’t help but to feel good when you’re around him.” 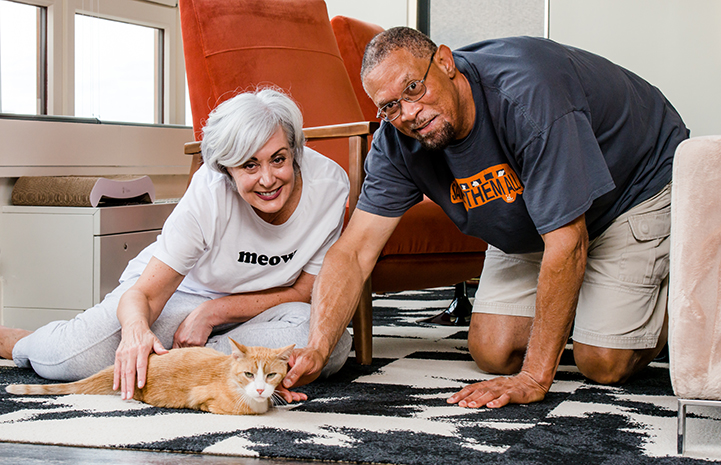 Lisa had never lived with a special-needs cat before adopting Roo. And while he barely tips the scale at 10 pounds, he’s managed to open Lisa’s heart in some pretty big ways. She sees the world a little differently these days, now that Roo is in her life.

“I’ve learned that if you extend your boundaries and take yourself out of your comfort zone, your life grows in so many ways, and you learn that you are capable of doing so much more than you thought you could,” says Lisa. “And I’ve learned to stand back and observe. I take my cues from Roo.”

Roo has also helped her see how powerful the act of compassion can be. "If we could celebrate each other’s differences more and treat everyone with more humility, the world would be a better place,” says Lisa. “We can’t imagine life without him now. Every day, he teaches us something new.” 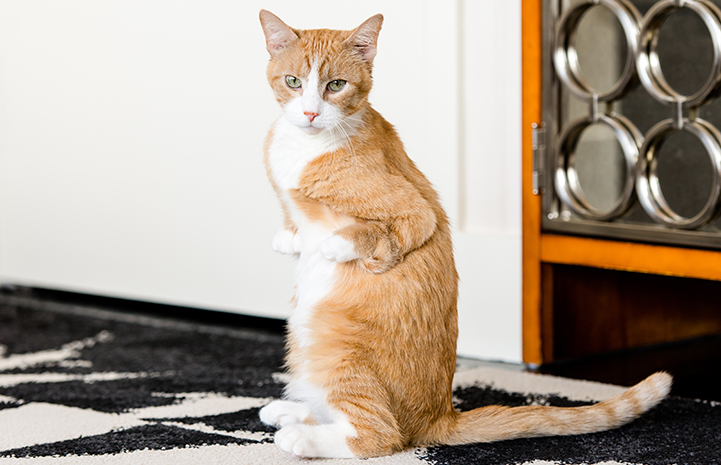 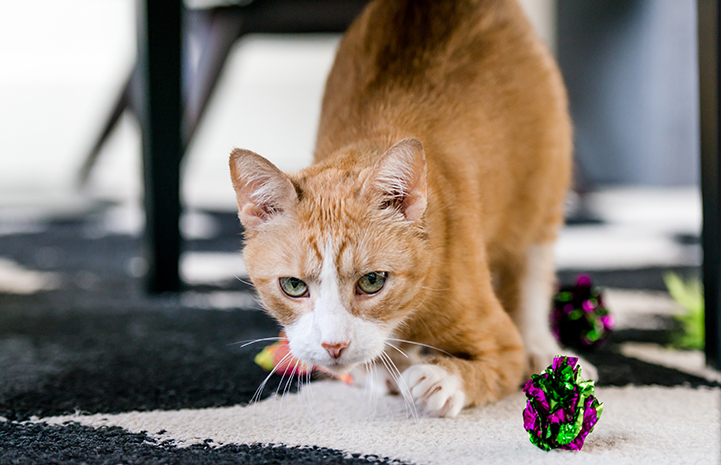