Twelve-year-old hosts annual yard sale for charity to benefit a good cause. This year, she raised $3,600 for the animals at Best Friends.
By Christelle L. Del Prete

Twelve-year-old Lily Grouf remembers the first time she was bitten by the compassion bug. She and her family were having dinner one evening, and she wondered out loud what she could do to help after hurricanes Harvey and Irma. Lily wanted to do something to raise more money than lemonade stands typically do, but what could a then nine-year-old do?

While brainstorming with her parents and her brother, Lily realized there was plenty she could do. She decided she would host a yard sale for charity. She’d ask friends and family to donate gently used items, and she in turn would donate all the proceeds to nonprofit organizations and relief funds that were helping human and animal victims of the storms. 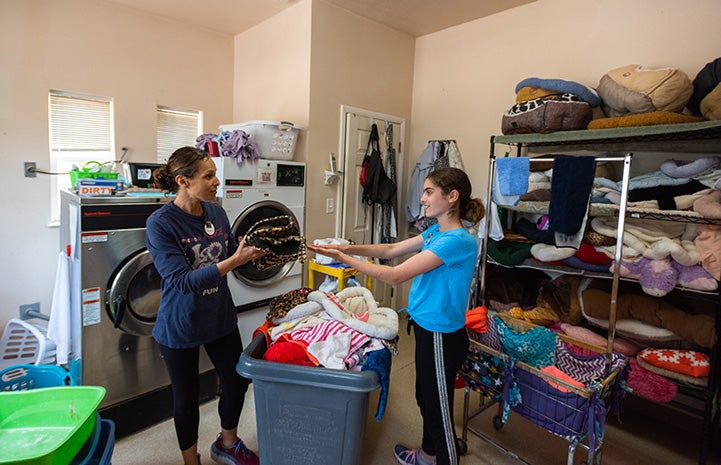 “Lily’s Yard Sale” has since become a yearly fundraiser rummage sale, and each year Lily picks a different nonprofit organization to receive the donation. In 2018, she contributed to Everytown, an organization that works on gun violence prevention. This year, she chose Best Friends Animal Society. “I was doing some research for my bat mitzvah project,” says Lily, “and I heard about Best Friends and thought it would be a good cause to raise money for.”

While collecting, sorting and pricing donated items for the yard sale, she advertised on Nextdoor, a neighborhood-based social networking site, and also set up a GoFundMe page. The community rallied around her. Between the yard sale and the online fundraiser, she raised more than $3,600 for animals.

Create your own fundraiser for the animals at Best Friends 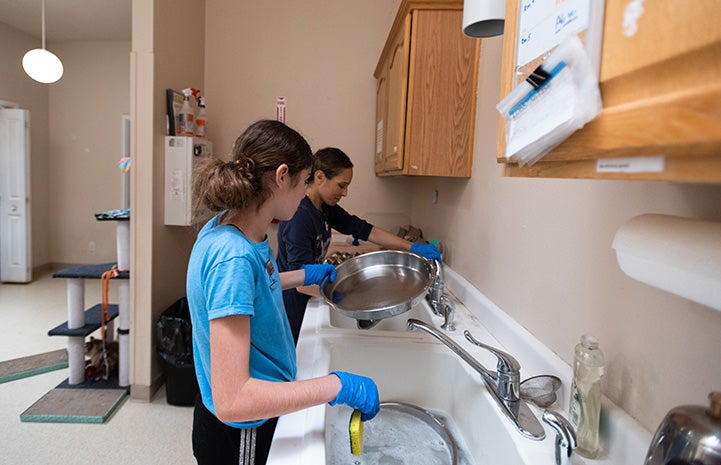 Lily’s good deeds have sparked generosity in others. She and her family found people more than happy to donate to a good cause. For example, one of the nicest “big-ticket” items received this year was a crib. But she points out that it’s not just the items or money donated that makes the event so special.

“People have really beautiful responses on the day of the yard sale,” says Lily’s mother, Jenny. “They drop by and say they don’t want to buy anything, but they want to donate to support Lily and Best Friends.”

After the sale, Lily donates items that aren’t sold to local charities for people in need. And Lily and Jenny recently took a mother-daughter trip to Best Friends, so that Lily could deliver her donation and spend five days volunteering at the Sanctuary. Together, they volunteered at Cat World, Dogtown, Parrot Garden and the Bunny House. “I loved being around the animals, especially the cats, because they were really calm and kind,” Lily says. 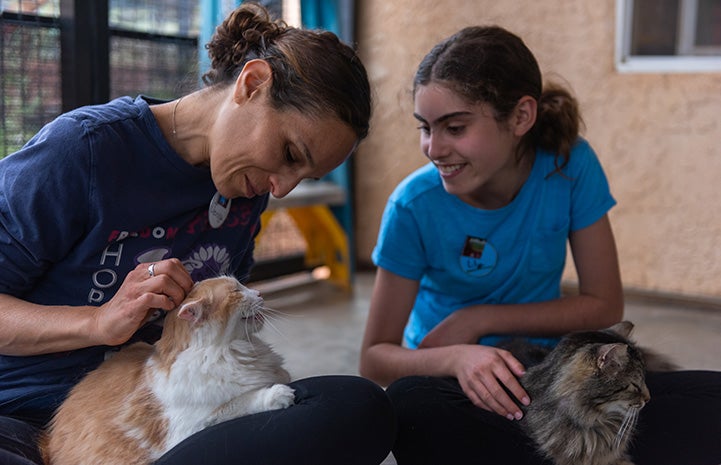 Planning the next charity yard sale

Back home in California, Lily has already begun planning for next year’s nonprofit garage sale. She has friends around the country who also feel passionately about animals and are interested in joining her efforts and expanding her yard sale.

“I’m really proud of her. This is really special,” Jenny says. “She’s already inspiring other kids to do things like this.”

It started with a nine-year-old who wondered how she might make the world a better place for victims of hurricanes. Now, this compassionate 12-year-old is changing the world for people and animals in need — one yard sale at a time.

Looking for other ways to give? 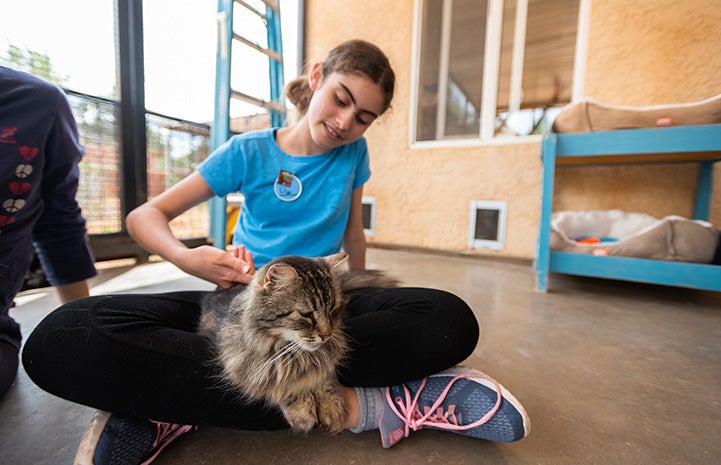