Veterans with Team RWB give back to the animals

​On a sunny fall morning at Best Friends Animal Sanctuary, six members of Team Red, White & Blue (Team RWB) gathered in Marshall’s Piggy Paradise to do some cleanup work. Armed with rakes and shovels, their mission was to clear out the brush that had sprouted up around the buildings, pig enclosures and walking paths. But in coming together, the group accomplished much more for themselves, for each other and for the animals at the Sanctuary. 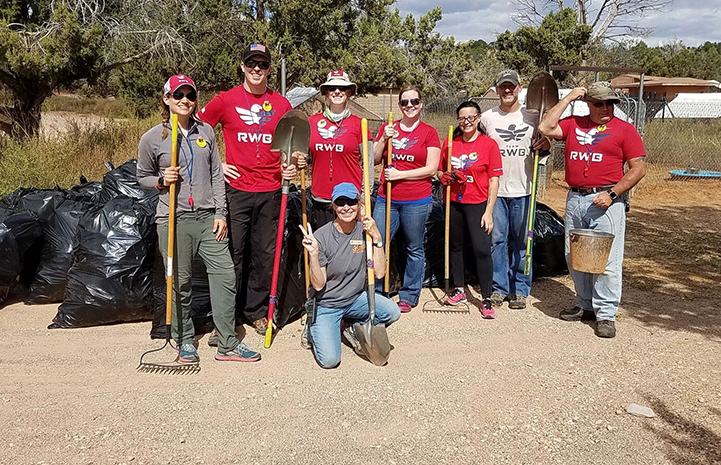 Team RWB is an inclusive group that brings veterans, active military and civilian members together. There are chapters in all 50 states, and the folks who volunteered in Marshall’s Piggy Paradise — Lisa Richmond, Robert Anderson, Kevin Panet, Mary Anderson, Elizabeth Higgins and Josh Kossman — are part of the Las Vegas chapter.

Each Team RWB chapter hosts a myriad of events and outings, and they also participate in community service projects, which is what brought them to the Sanctuary — that and a love of animals.

Lisa, a civilian who volunteers as the communications director of Las Vegas chapter, set up the group volunteer trip to the Sanctuary. Lisa has connected with people around the country through the organization, and many of those connections involve a shared appreciation for animals. “We all have that story about an animal, a dog or a cat that we love,” she says. 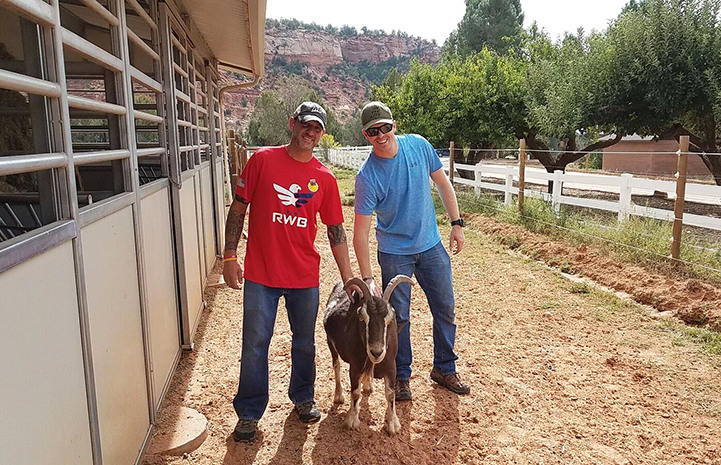 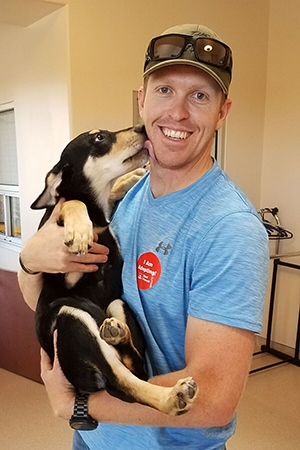 Rob, who is active in the National Guard, already had a dog at home, but he and his fiancée were considering adopting another one. Although his fiancée had chosen two adoptable dogs on the Best Friends website for Rob to meet during his trip to the Sanctuary, he made an instant connection with a puppy named Loganberry. “I liked his attitude,” Rob said. “Loganberry can be chill, which will mesh well with our dog and with the family we are planning.” After telling his fiancée about Loganberry, it was a done deal.

There was even a bonus: With Best Friends’ hometown heroes adoption promotion, veterans, active military and their families can adopt any dog or cat for free the year-round. So, Loganberry’s adoption fee was waived when he went home with Rob. “It’s amazing that (Best Friends) offers that for veterans,” Rob said. “Veterans need that, and I needed a new running partner.”

Community service with animals is a bonus

Kevin, a 12-year Air Force veteran who served another nine years in the National Guard, has three adopted dogs at home. He describes Team RWB as one of a new breed of veterans groups that focuses on healthy physical and social activities. “I figure as long as I’m engaged in healthy activities, it's helping me — and I get a chance to help my fellow vets. The community service is a bonus.”

Josh, another veteran, agrees: “It's a lot of fun to help out, especially with animals.”

Although the group dedicated hours of time to cleanup work at both Marshall’s Piggy Paradise and Dogtown, they also scheduled some breaks to tour the Sanctuary and to take a dog named Saltare on a sleepover. The experience of hosting a sleepover dog gave the group yet another opportunity to connect with each other. 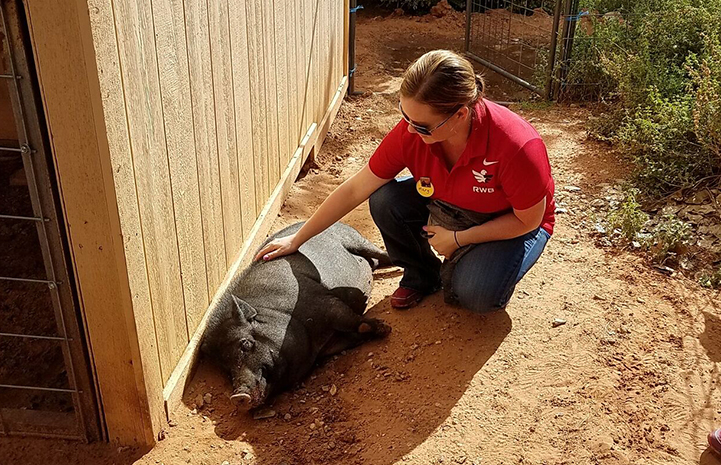 On the night they took Saltare on the sleepover, everyone gathered around a campfire. “I was petting Saltare while she was on her blanket by the campfire, and there was something therapeutic about her being there for us,” Lisa says. “You become connected to each other through the animal, and hopefully it was therapeutic for her, too.”

The doggie sleepover, like the entire trip, was the perfect way for the hardworking group to bond, to give something back to the animals and to reap some real feel-good rewards.

“What's amazing about Team RWB is that we are all here for veterans,” says Elizabeth, a combat veteran. “And we all get something out of it. We would love to come back to Best Friends.” 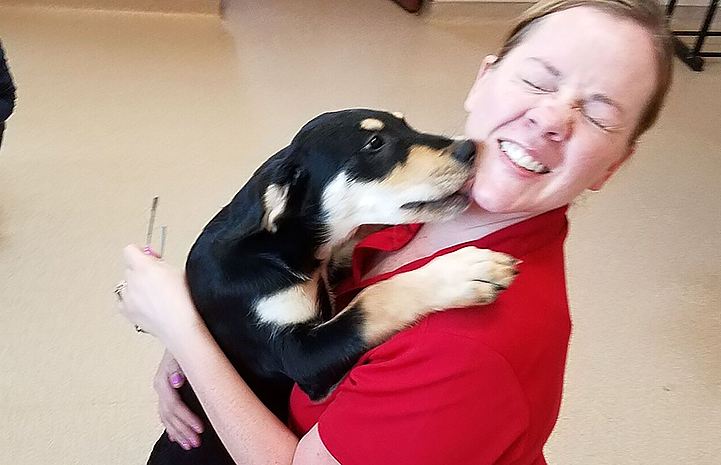