Kitten season is the time of year when animal shelters are overrun by kittens because birth rates are higher. Read about programs to save kittens.
By Cimeron Morrissey

Taking action to save kittens

Wondering what to do when you find a litter of kittens in your neighborhood? Learn how to assess the situation and help them here.

To become a kitten season hero, you can volunteer, foster, donate or adopt. Find a Best Friends Network partner in your area.

The term “kitten season” sounds like something out of a children’s book ― a magical time when tiny purring fur-balls sprout like blossoms beneath rainbows in dew-kissed meadows. But to animal rescuers and shelters, the mere mention of it can make them snap to attention and double-check their preparations, like emergency teams bracing for a massive hurricane. While big-eyed baby cats are irresistibly cute, thousands of them can roll in all at once, making kitten season the most challenging time of the year in shelters around the country.

In most places across America, animals mate and give birth in spring. This phenomenon can be attributed to a variety of factors, such as longer days, better weather and more access to food, which means higher survival rates for the offspring of many species. Unlike other animals, though, cats can keep on reproducing, having litter after litter right up until the weather turns cold again. In many regions, kitten season can last from spring until early winter. 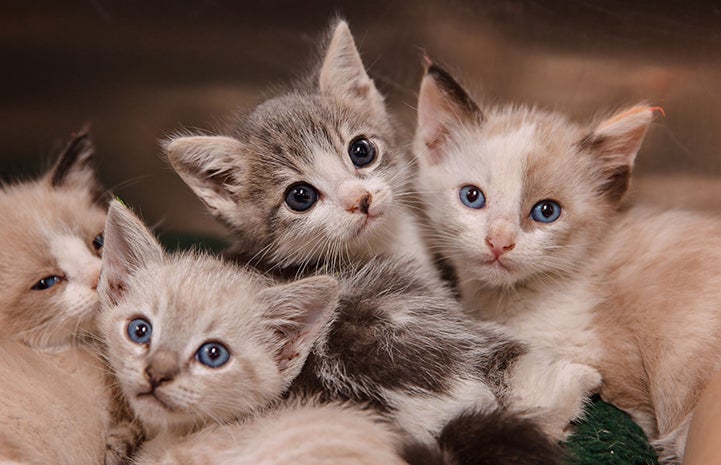 Sure, newborn felines are ridiculously adorable, with their sweet little faces, jellybean toes and tiny folded ears. It may sound like a dream come true to be swimming in kittens, but while the pitter-patter of a few furry paws is manageable, a downpour of kittens can quickly become a life-threatening flood.

However, sometimes it takes a storm ― the literal kind and the metaphorical kind — to bring out the best in people. The significant challenges posed by torrents of kittens have inspired both the creation of heroic new collaborative programs that are helping to save more lives than ever and preventive efforts to stem the tide. Even better news: If you’ve got five minutes to spare, you too can become a hero this kitten season. 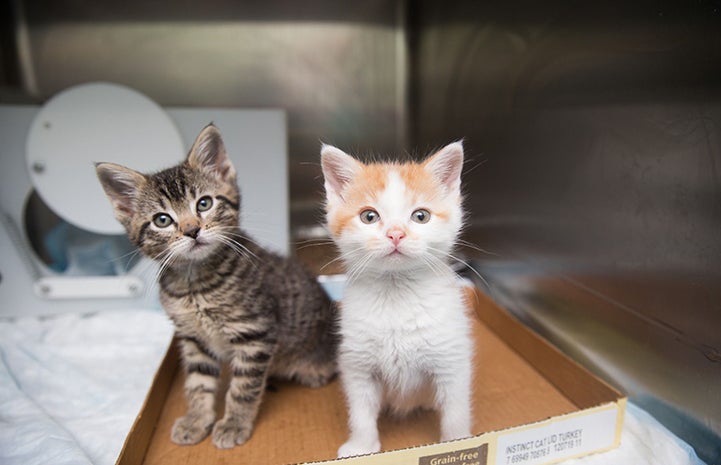 It tends to start with a few litters showing up in shelters in early spring. By summer, they’re pouring in. According to Dana McCrory, president and CEO of Central Oklahoma Humane Society, there have been days when up to 100 kittens are brought through their doors. Just think of how difficult it would be to juggle that many intakes in a single day. Then, stop to consider how you would manage 100 more the next day. And the next, and the next, for weeks on end.

In 2017, Best Friends Network partners took in a staggering combined total of nearly 253,000 kittens. And Best Friends locations alone admitted 4,770. One reason for this massive influx is that well-meaning people often scoop up litters of kittens that they find outdoors and rush them to shelters, wrongly assuming that will save their lives.

Unfortunately, these good intentions may actually put kittens in greater danger of being killed. What many people don’t realize is that the safest plan for the kittens ― and one that also decreases the burden on shelters ― is to leave the kittens where they are, keep an eye out for the mother cat’s return to make sure she’s caring for her babies and, once they’re old enough, humanely catch the family for spay/neuter surgery. 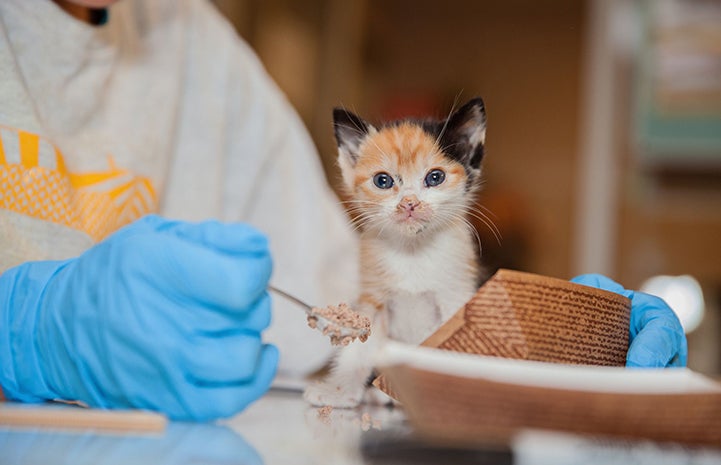 Denise Deisler, executive director for the Jacksonville Humane Society, is an energetic firecracker, but she still cringes at the memory of last kitten season. “For the most part,” she says, “the kittens coming in had no mothers, and they weren’t eating on their own yet. It’s very labor-intensive caring for them.” While many of her novel approaches for lifesaving have been an inspiration nationwide, the mere mention of summer makes her fidget, knowing that it’s time to start preparing packets of food and supplies for kitten foster volunteers. In just May, June and July of 2017, Denise says, the humane society had 1,414 kitten intakes.

With their fragile immune systems and labor-intensive care and socialization needs, kittens are, tragically, the most vulnerable of all shelter residents. Kittens under four weeks old cannot eat on their own and they also need to be manually stimulated to urinate and defecate, which requires hands-on care every two to four hours. And when there are more kittens than hands to go around? Well, you see the dilemma. 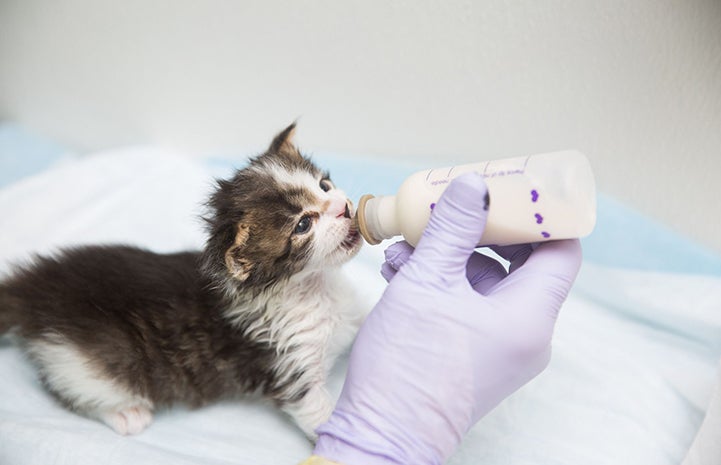 Understandably, shelters around the country feel the crunch during kitten season and have realized the necessity of creating collaborative programs to help save them. According to Judah Battista, chief regional programs officer for Best Friends: “There are two main solutions that organizations are implementing. Many organizations are starting kitten nursery programs in various forms to save the lives of kittens entering shelters today. And they are creating shelter-neuter-return programs to help reduce kitten intake in future years.” 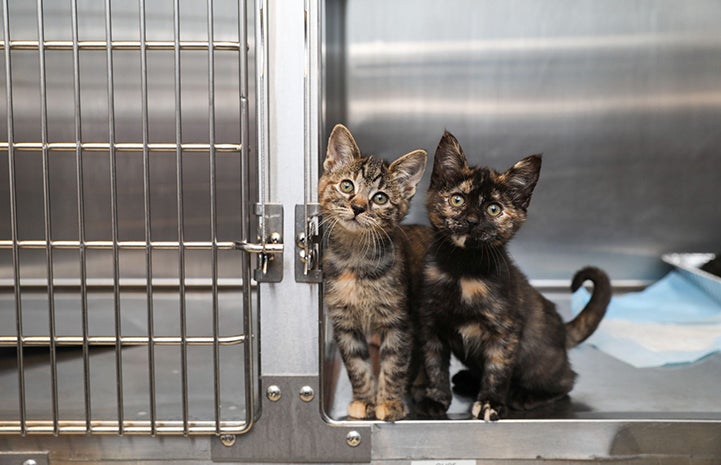 In Jacksonville, Denise says: “There was no question that the animals losing their lives the most were (pre-weaned) kittens, so we decided to try something new.”

In 2012, three organizations — Jacksonville Humane Society, First Coast No More Homeless Pets and Jacksonville Animal Care & Protective Services — pooled their resources to create Kitten University to manage the flood of kittens. They set up operations in a house adjacent to Jacksonville Humane Society and dedicated it exclusively to the care of kittens, to give them a safe environment in which to grow up and become adoption-ready. They also built a robust foster program to complement it. 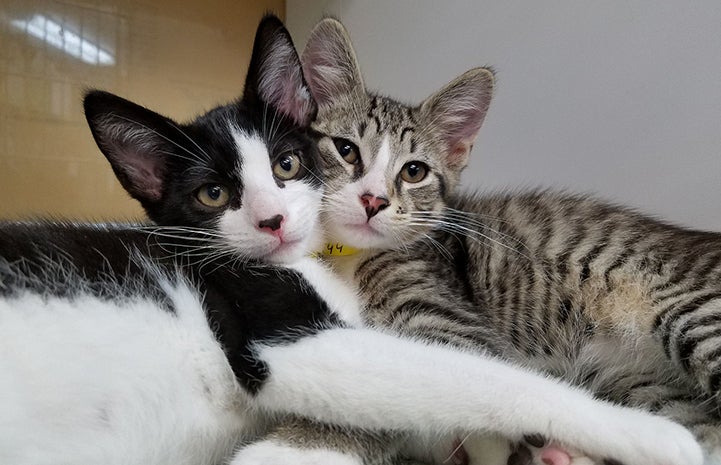 Since 2012, according to Denise, they’ve saved more than 15,000 kittens as a result of these efforts. “Our community is amazing about taking bottle babies home for fostering, and we provide everything they need to do it, from bedding to bottles to training. Once the kittens are eating on their own, they come into Kitten University, which allows us to move more of them through more quickly,” says Denise, whose organization took over full operation of Kitten University and the fostering program in 2013.

How kitten nurseries save lives

In Oklahoma City, Dana came to a similar conclusion about the fate of kittens in the shelter. Of all the animals coming into Oklahoma City Animal Welfare (the city’s municipal shelter), it was apparent that pre-weaned kittens were at the highest risk of being killed. “The city just doesn’t have the resources to save them; it’s just not possible with their limited staff,” Dana says, noting that they’ve joined forces to tackle the issue together. The result is that their collaborative approach to saving tiny purring lives has significantly improved the city’s save rate.

To help Oklahoma City stop the killing of kittens, Central Oklahoma Humane Society opened a neonate nursery in 2017. As in Jacksonville, the organization realized it could have an immediate lifesaving impact by taking in pre-weaned kittens and puppies from the city’s municipal shelter. Last year, Dana says, the nursery took in 728 kittens who would have been killed otherwise, and in 2018, they’re aiming to save 1,500. “Kitten season means we step into overdrive trying to save lives. It’s one of our busiest times of the year, and it all happens within 90 days,” Dana says. “It’s a full sprint, trying to save the lives of all the kittens coming into the Oklahoma City shelter.” 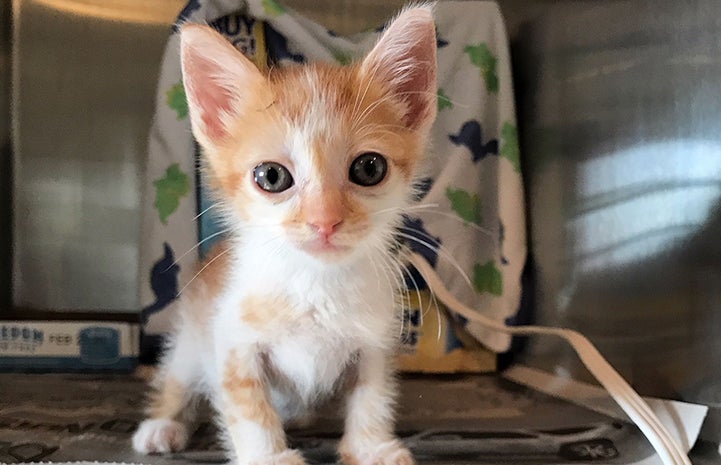 Best Friends has been at the forefront of establishing kitten nurseries and operates them in several locations around the country. These lifesaving places take in kittens from shelters in their respective areas. In the Best Friends Kitten Nursery in Salt Lake City, more than 2,500 kittens were given a second chance at life in 2016-2017. And in Los Angeles, nearly 11,300 kittens were taken into the nursery from 2013 through 2017. The newest one, located in New York City’s SoHo district, opened its doors in April 2017 and has the capacity to care for up to 40 kittens at a time.

Think how many lives could be saved if kitten season could be stopped from happening, or at least slowed down. In fact, there’s a simple, effective solution — spay/neuter.

Aggressive trap-neuter-return (TNR) programs for community cats and other spay/neuter initiatives are directly reducing the kill rate at municipal shelters. According to Dana, when Central Oklahoma Humane Society was founded in 2007, Oklahoma City Animal Welfare took in 30,000 animals per year and, at the time, only 25 percent left alive. In the past 10 years, Central Oklahoma Humane Society has spayed or neutered 115,000 animals, including 14,000 community cats. Thanks in large part to these programs, annual intake by 2017 had dropped to 17,000 animals, and the live release rate had jumped to 75 percent. 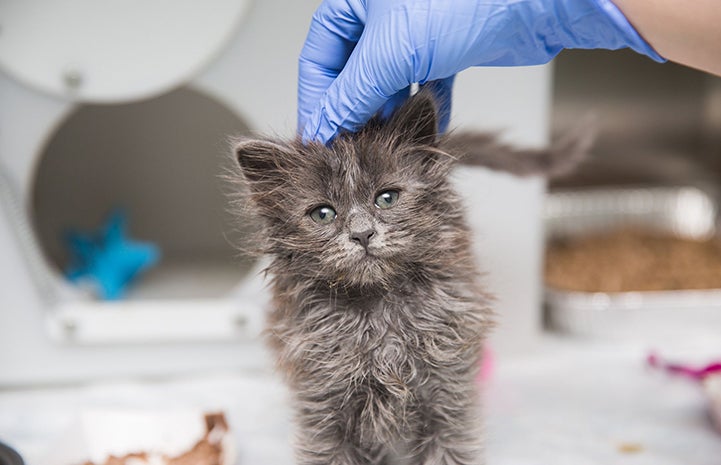 “We’re seeing a huge reduction in animals coming in,” says Dana, beaming with a mix of pride, excitement and gratitude for her community’s support. “You can’t draw any other conclusion. These spay/neuter and TNR programs are working.”

In 2017, Best Friends locations spayed or neutered 70,771 cats and funded an additional 10,196 spay/neuter surgeries for network partners. Denise reports that Jacksonville Humane Society has fixed nearly 10,000 cats in the past four years. And now they’ve developed another effective approach: When members of the community bring in kittens, Jacksonville Humane Society loans out humane traps and asks the people to go back and attempt to catch the parents.

“In the past, we just took the kittens and the person would walk away,” Denise says. “But then it hit me: The person right in front of me knows exactly where the kittens came from, so why don’t we ask them to trap the mom? Why not enlist their help so they’re part of the long-term solution?”

Everyone reading this can become a hero this kitten season, no matter what your age, ability or resources are. In fact, it can take as little as five minutes to help save lives. You can foster a litter of kittens with your neighbors, donate old towels and blankets to your local shelter, or share a post on social media from a group that’s looking for volunteers or adopters. 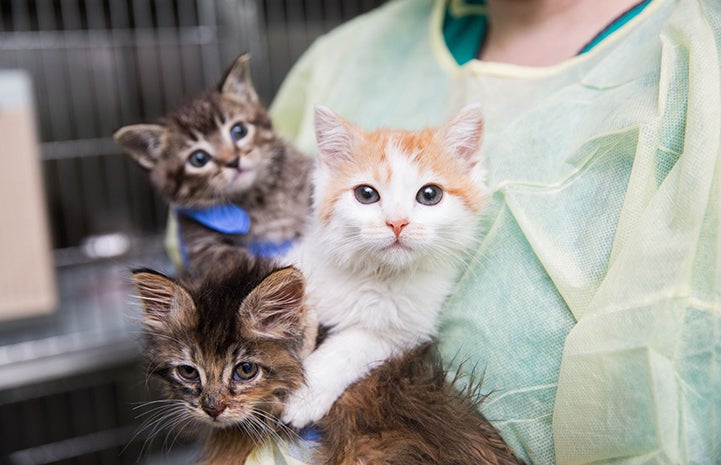 “Send in $10 or $20, and you’ve just vaccinated a litter of kittens, or maybe you can throw a virtual kitten baby shower at work to purchase supplies off our Amazon wish list. There’s not a person out there who can’t help,” Denise says. “It’s because of our community’s involvement that we’ve been able to increase Jacksonville’s save rate. Community involvement is really what it takes to Save Them All.”

So, while kitten season isn’t an enchanting fairy tale with fluffy baby cats sliding down rainbow arcs, it doesn’t have to be an annual saga of epic floods either. We all have the power to help change the forecast.

Save Them All. Donate today.