When Best Friends announced the goal to end the killing of cats and dogs in America’s shelters by 2025, it was a defining moment for animal welfare in the U.S. It means saving the nearly 4,100 dogs and cats killed in shelters every day, simply because they don’t have safe places to call home. And because a large percentage of the animals killed are cats, it’s essential to put programs in place to save more of them.

In the conversation below, Peter Wolf, Best Friends research and policy analyst, discusses the impact that trap-neuter-return (TNR) programs for community cats (strays and ferals) have in saving lives and ultimately making the country no-kill.

Why are community cat programs such a big part of the effort to take the country no-kill by 2025?

In many communities, if free-roaming outdoor cats are brought to shelters that don’t offer or advocate for trap-neuter-return (TNR), their options are limited. Too often healthy cats are held at the shelter for the mandated stray hold and then killed because they aren’t socialized to people ― even though they pose little threat to wildlife or property.

Not only is this a grim outcome for outdoor cats, but it also reduces shelter space that could be used for cats needing homes ― socialized, adoptable cats who are surrendered to the shelter. Additionally, holding free-roaming cats at the shelter taxes the shelter’s resources, such as staff time that could be used helping animals get adopted. 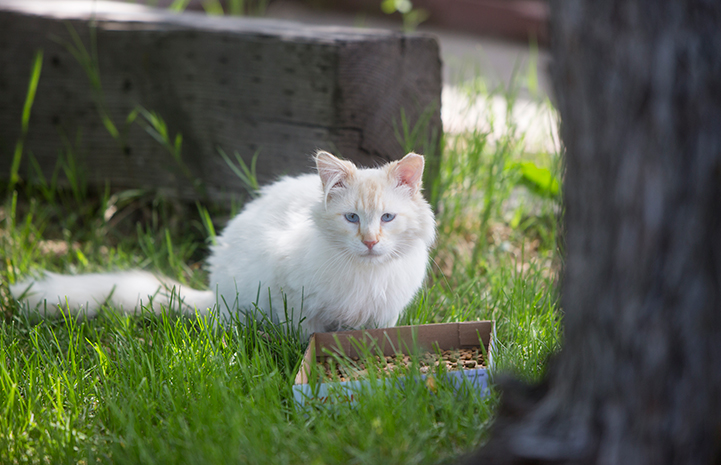 Community cat programs are low-hanging fruit for shelters committed to improving their save rate, especially the return-to-field (RTF) component. By sterilizing, vaccinating, and returning eligible cats coming in as strays (most of whom were euthanized in the past), a shelter can improve its positive outcomes for cats literally overnight.

What are the biggest misperceptions people have about community cats?

There are so many! Maybe the biggest is the alleged impact of outdoor cats on wildlife, especially birds. There’s just so much misinformation and scaremongering out there. Even people who really want to protect community cats sometimes feel conflicted about their support of TNR, as if any actions to protect community cats are done at the expense of birds and other wildlife. This is simply not the case. 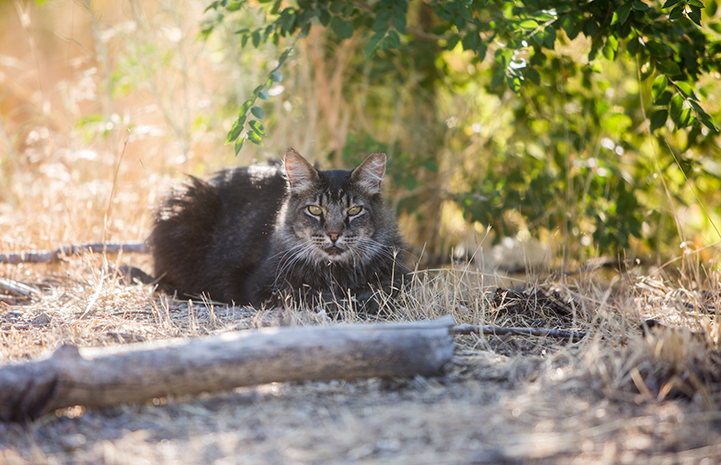 Consider, for example, the astronomical mortality estimates sometimes attributed to free-roaming cats. They all fail to stand up to even moderate scrutiny. Indeed, such estimates cannot be reconciled with the best population estimates available for various species of bird, or with the population trends documented by the annual North American Breeding Bird Survey. Put another way: If these claims were even remotely accurate, there would simply be no birds left.

Another big misperception is that community cats are unhealthy and pose a public health threat. Again, a review of the science tells us otherwise, as does our extensive experience on the ground with our community cat programs. The vast majority of community cats (more than 99 percent according to one study), are in good condition. Clearly, they’ve got all the necessary resources in the community.

What can we do to change people’s perceptions of free-roaming cats and TNR programs?

This might sound strange coming from somebody who spends so much time digging into the science, but I often find it’s best not to argue the merits of one scientific study or another. Instead, I prefer to zoom out and focus on the big picture. The traditional approach to managing free-roaming cats (impoundment followed, in most cases, by lethal injection) has been used for more than 100 years in this country, with no evidence whatsoever that it’s produced any long-term population reduction. It’s also wildly unpopular and costly ― the poster child for failed public policy.

Targeted TNR, on the other hand, is an effective, economical alternative that is common-sense and animal-friendly. During 2017 alone, Best Friends’ TNR programs were responsible for sterilizing more than 59,000 community cats, preventing an estimated 177,000 kittens (whose numbers would likely have snowballed into the millions in just a few years). And this doesn’t include the many programs we fund through various partnerships or the work done by numerous animal welfare organizations and local shelters committed to the same mission. 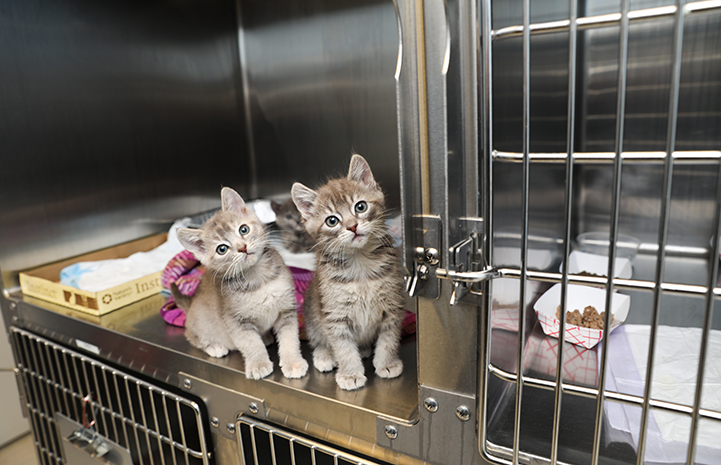 The benefits to community cats are the most obvious, but by directly addressing the uncontrolled breeding of these cats, these programs also help protect wildlife, too. No wonder such programs are becoming increasingly popular across the country, in communities large and small, urban and rural. As Holly Sizemore, Best Friends’ chief national programs officer, likes to say, community cat programs are the answer “whether you love cats or loathe them.”

Help cats in your community. Find a Best Friends Network partner near you.

The Western Governors’ Association recent list of invasive species includes feral cats. How damaging is this to the effort to reach no-kill?

The fact that the WGA included “feral (or spay-neuter-release) cats” among its “top 50 invasive species in the West” doesn’t change any laws, but this move is nevertheless troubling. To begin with, the invasive species label is as much a political tool as a biological classification. The labeling of cats in this way is clearly intended to promote and expand the use of lethal control methods.

There’s no telling what the impact will be long-term, but we’ve already seen one Utah agency use this to justify its opposition to TNR, and we expect that there will be others throughout the 19 WGA states and elsewhere. We know that TNR and return-to-field (shelter-based TNR) are essential tools for a community to achieve a 90 percent save rate for cats. We worry that by putting outdoor cats on their “most wanted” list, WGA is undermining such lifesaving programs. 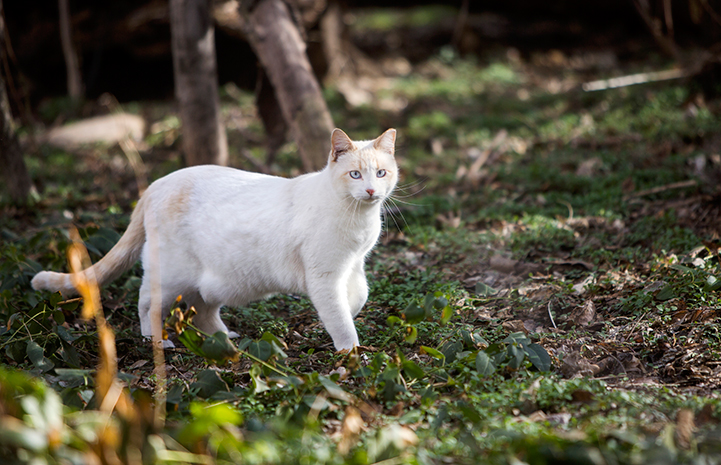 It’s important to point out that targeting “feral (or spay-neuter-release) cats” is likely to backfire, impeding the very programs essential to reducing community cat numbers (and at a steep cost to taxpayers, too). Ironically, WGA’s decision to target cats is also likely to impede legitimate conservation efforts.

What are some of the benefits of community cat programs?

TNR, the primary focus of all community cat programs, is a common-sense, cost-effective solution for controlling community cat populations by preventing additional births, instead of trying to house, feed, and euthanize more cats. These programs keep cats out of shelters, save the lives of a community’s most at-risk cats, and save taxpayer money. There’s also an important two-fold public health benefit: Community cats are vaccinated, and their numbers are also reduced over time. 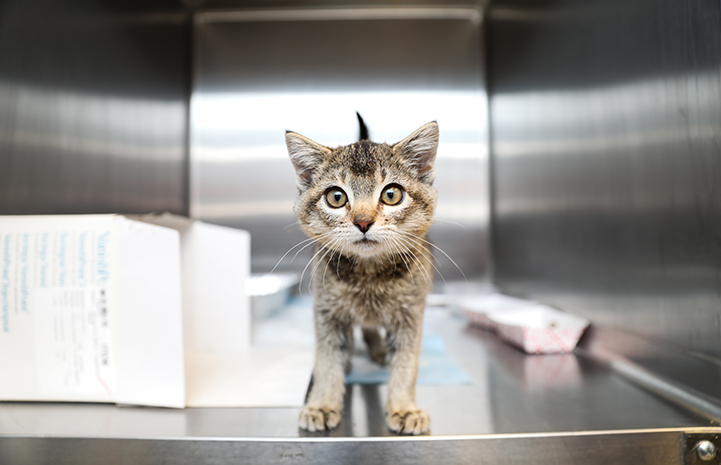 How can individuals help save the lives of community cats in their neighborhood?

There are active TNR groups in practically every community. These organizations are often looking for volunteer caregivers, trappers, foster homes, and more. Many of them are Best Friends Network partners. For email notifications about policies affecting community cats (or other issues we’re following in your state or community), sign up for Best Friends advocacy alerts at our legislative action center.