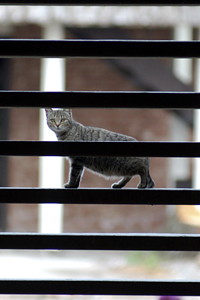 Nico Dauphine, a PhD researcher at the National Zoo specializing in bird conservation, has been charged with attempted animal cruelty. Authorities, according to MSNBC Online, suspect that Dauphine was poisoning feral cats in her Columbia Heights neighborhood of Washington, D.C.

Colony caregivers noticed strange substances in some of the food bowls and took samples to the local Washington Humane Society for analysis. The substances turned out to be antifreeze and rat poison. A month-long investigation followed that included reviewing surveillance video and matching access card swipes at an apartment complex near the scene of the alleged crime. The evidence gathered proved enough for the Humane Society to obtain a warrant for Dauphine's arrest. However, she turned herself in and is denying the charges.

Dauphine  is an often-quoted source for the type of bird advocates who tend to froth at the mouth at the suggestion that community cats have a legitimate place in any community at all. In one of her more over-the-top online lectures titled “Apocalypse Meow: Free-ranging Cats and the Destruction of American Wildlife,” Dauphine  claims that free-roaming cats are responsible for the deaths of billions of wild animals annually, including birds.

Whether or not Dauphine  is found guilty remains to seen. However, the rhetoric of “Billion Birders,” such as Dauphine, is scary nonetheless. They advocate the trapping and killing of free-roaming cats, and it is not a stretch, given their hyperbole, to imagine the more extreme and misguided among them on cat-killing night patrols.

The claim that community cats kill over a billion birds in the U.S. annually is spurious, and there are no science-based studies to support that claim. In fact, no one really knows how many community cats there are in this country to begin with. 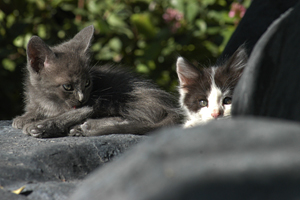 If Dauphine  is found guilty, it would expose an unsavory agenda, one of extreme hostility to cats, of a particular wing of the bird advocacy world, and perhaps such an exposé might allow more sensible and compassionate heads to prevail in those circles.

There should be no argument between the bird groups and the trap/neuter/return (TNR) folks because both want the same outcome – a reduction in the number of free-roaming cats.

Killing cats, though, is not the answer.