Beans and Where We Go from Here

EDIT: We have closed comments on this post. While we clearly are completely fine with conversation, the comments have become incredibly unproductive, accusatory and filled with statements that are just plain untrue. Best Friends is working towards solutions and attempting to learn from this tragic occurrence and ensure it never happens again. Patty Hegwood has offered to personally answer questions relating to this issue as we move forward, but what won’t happen is responding in the comments to these baseless accusations that are hurtful on many levels. That some are questioning our transparency and truthfulness, when all we have done is communicate each step of the way, is truly unfortunate. We thank everyone for their support and we will continue to post updates on the issue as they become available. 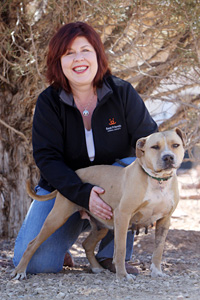 First of all, I am happy to say that Tug and Denzel are doing well. Thank you for all the prayers and good thoughts. On behalf of the all the staff, I want to thank you for the support for that’s been expressed. This has been a sad week for me and everyone at Best Friends.

Second, I would like to take this opportunity to clear up any misunderstandings surrounding the Sunday morning incident, including allegations about denial of requests for additional fencing. We don’t take the death of Beans lightly, so I wanted to address some of the concerns raised in the comments on our previous blog posting.

Dogtown and our facilities are always evolving to meet the changing needs of the dogs. Because Beans had dog aggression, he was placed in a solo run with a concrete board visual barrier between him and his neighbor. Sadly, Beans somehow managed to break through the exterior fence of his run, and was found deceased outside of his run on Sunday morning. I personally inspected the entire area for hours after this incident and could only conclude that he was trying to get after something. There were many deer hoof prints around the runs. We’ve never used double fencing for exterior fence lines, but we are going to revisit those plans to improve safety. For the record, there has never been a request for fencing that has been denied due to lack of funds, period. We probably will never know the actual sequence of events, but we know the outcome. Our task now is to ensure it never happens again.

Obviously, trying to create a completely risk free environment is difficult. In the early days of the sanctuary, 30+ dogs were out of their runs most of the time and just hung out. That is because most of the dogs that came to Best Friends in those days were dogs just down on their luck. The growth in number of great rescue organizations across the country means that most of those highly adoptable dogs are going straight to homes rather than sanctuary. So the dogs that we are asked to take are increasingly those with more serious behavior issues, many as a last chance and opportunity for a new life.

Beans loved people, and everyone loved Beans. He enjoyed the agility training and exercises that were part of his life, and he was quick to bond with all of his caregivers and visitors. He is dearly missed.

Again, thank you for all the support. It means the world to us.