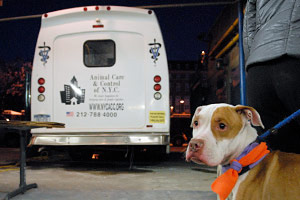 New York City local ABC-TV’s Eye Witness News did a follow up report to their recent exposé of shelter operations and conditions at the New York Animal Care and Control.

The follow up brought to public attention what rescuers know all to well - that healthy and adoptable animals are dying in Animal Care and Control of NYC shelters everyday. Most importantly the report went to the source of most of the city’s animal shelter problems, the New York City Department of Health, which oversees shelter operations and recently cut the AC&C budget by $1.5 million.

New York City allocates one of the lowest per capita rates in the nation for it’s animal control responsibilities; a paltry amount in the range of .85 cents per resident. National humane recommendations suggest $4 - $7 per capita in order to provide appropriate services.

WABC’s coverage is only the latest in series of reports, exposés and internal audits going back to 1998 that have found the NYAC&C lacking in every regard---however, the board of directors, configured as it is to serve the Mayor’s office rather than the animals, continues to stonewall calls for change. Elizabeth Hess’ 1998 article in New York Magazine, “Shelter Skelter,” tore the lid off the mess at what was then CACC and focused public attention on both shelter conditions and the lack of any direction or leadership.

The tragedy of 9/11 set a lot of things back in New York City, one of which was an obligation to provide full service shelters in all boroughs mandated by a law passed in 2000. The city has refused to comply and is appealing a successful lawsuit brought by a local rescue organization that found the city had failed to meet its obligations. Currently, Bronx and Queens, two of the city’s most heavily populated boroughs have only part time drop-off facilities. Residents have to go to Manhattan or Brooklyn to reclaim lost pets or to adopt. 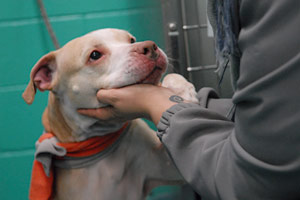 Essentially holding animals for ransom, the city extracts every ounce of blood and sweat from the rescue community to do the job that the public expects the city to cover. The Mayor’s Alliance For New York City Animals rescues 20,000 of the 28,000 animals that make it out of AC&C alive annually. Approximately 41,000 animals enter the system each year. The Alliance also provides 55,000 spay /neuter procedures annually to city’s most needy animal owners.

It’s sobering to try to imagine how bad the conditions inside AC&C shelters would be if the Mayor’s Alliance and other rescue operations were not bending double to make up for the City’s callous disregard of it’s responsibilities to the animals of New York City.

AC&C has had eight Executive Directors in as many years and as long as AC&C Board members are chosen essentially for their loyalty to the mayor rather than for their commitment to New York City animals, the problems within the New York City shelter system are not likely to improve. Major change is needed. It is obvious that AC&CNYC needs an independent board of directors and to be freed from control by the Department of Health. The city needs to recognize its responsibilities to the city’s animals, pay a realistic fee to AC&C for its animal control contract and provide full service shelters in the Bronx and Queens.

We believe it is the right thing to do, and we are hopeful that Mayor Bloomberg will undo this inequity institutionalized by his predecessor.

In the meantime, the very least NYC can do to is restore the $1.5 million to AC&C’s operating budget and commit to budget increases in coming years that will bring New York City’s commitment to its animals in line with other U.S. cities.

Please respectfully ask that the AC&C budget be restored to its previous level and increased in the future. You can cut and paste the sample letter below.

I fully appreciate the financial hardships that face New York City, however, it is not in keeping with the character, ethics and values of a city of such greatness to transfer that burden to the homeless pets of New York in the form of budget cuts to AC&C. The conditions and standards within the New York City shelter system are distressingly poor.

Please restore the AC&C budget to its previous level and commit to budget increases in subsequent years until New York’s commitment to its animals is in line with other American cities.

It’s the right thing to do.

Watch our blog for more updates on New York City, the AC&C and what you can do to help achieve No More Homeless Pets in New York.