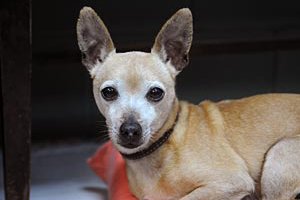 Richard Avanzino and the San Francisco Society for the Prevention of Cruelty to Animals (SF SPCA) are to No More Homeless Pets and animal welfare what Bill Walsh, the legendary football coach, and his team, the San Francisco 49ers, are to professional football and the West Coast offense. That is to say Rich is a game changer and a leader whose ideas and protégés infuse our entire movement. Many would arguably call Rich Avanzino the father of the no-kill movement.

In the animal welfare field, where imitation is not only the highest form of flattery but a highly encouraged method for spreading effective programs and policies, Rich’s game plan and out-of-the-box thinking have been renamed and reconfigured but have stood the test of over two decades of real world application. 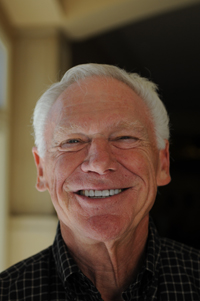 When Avanzino came to the San Francisco SPCA in 1976, the agency was on its heels. It had become known as the dogcatcher and depended upon its animal control contract with the city of San Francisco for a big chunk of its operating budget. Donors were few, and the public took a dim view of the organization’s policies that reflected the 45-year tenure of Rich’s predecessor. Talk about old school.

In the wider animal welfare world, the big issue of the day was not how to save animals, but how best to kill them in as painless and efficient a manner as possible. The “high altitude,” or decompression, chamber was on the way out and lethal injection was on the way in. Life-saving was a rare and exotic topic.

Upon his arrival at SF SPCA from a successful career in law and business, Rich was shocked at the amount of killing that was taking place at the organization – 29,000 animals per year – and he instinctively began to introduce programs and practices that would save lives and reduce killing. Volunteer and foster programs topped the list.

There were two experiences that shaped Rich’s view and his resolve to put San Francisco on the path to no-kill.

The first was the case of Sido, a little sheltie mix whose owner had committed suicide and left instruction in her will for Sido to be put down since she felt no one could take proper care of her. As it happened, Sido was in the care of SF SPCA following her owner’s death and Rich flat-out refused to comply with the instructions in the late owner’s will. Instead, he took the case to court and at the same time pushed for a legislative resolution through the state. It should be noted that his defense of Sido was opposed by all the national animal welfare organizations that were around in the late 1970s.

Opposition not withstanding, Rich won. Or rather Sido won in both arenas, with then-governor Jerry Brown signing a law that overturned the portion of the owner’s will calling for the dog’s death and the courts’ declaring that disposition of a living creature in a will was different from the disposition of nonliving property. More than the victories in the courts and in the legislature, the “aha! moment” with regard to Sido was the fact that the fate of this little dog had become a cause célèbre across the country. Thousands of people were raising their hand to adopt this older dog. It was clear that with the right story and promotion, there was a home for every animal entering the SF SPCA shelter. The Sido case and all the attendant publicity had the immediate effect of changing the image of the agency from animal catcher to animal defender and was the first kiss, so to speak, in the city’s love affair with the SF SPCA. 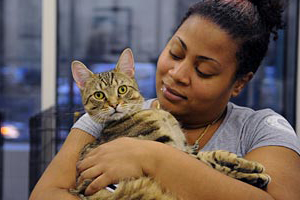 The second experience was Avanzino’s visit to New York and his meeting with Mike Arms who was then the leading light at North Shore Animal League, one of the first prominent no-kill organizations in the country. Then as now, North Shore focused exclusively on high-volume adoptions of animals into the New York area. Most of the animals came from area shelters. Mike Arms and North Shore were making a life-saving difference with strong public support and a broad donation base without being engaged in animal control contracts, shelter killing or any of the nonlife-affirming activities that had been the stock in trade of regional humane societies and SPCAs for most of the prior century.

Avanzino began to lay plans for getting the San Francisco SPCA out of the animal control business by developing more and more life-saving programs and policies. He built a loyal following within the city and was able to marginalize the relative financial value of the city contract with the SPCA.

In 1984, he gave a five-year notice to the city that, in 1989, the SPCA would no longer be doing animal control for San Francisco and the city would need to implement a transition plan. In 1988, he gave the city a one-year notice, and, in 1989, the contract was handed back to the city along with a new start-up animal control agency that Avanzino and his staff at the SPCA helped to launch. He invited the new agency to choose from among the SPCA’s best and brightest employees. Carl Friedman, who rose during Rich’s watch from volunteer to director of Animal Welfare and Protection Services for the San Francisco SPCA, took the lead at the newly formed Animal Care and Control. Avanzino’s mantra “no bash, no trash” (i.e., no bad mouthing another animal organization) came to prominence at this time as a guide star for how he expected his staff and volunteers to relate to the new agency and its role as the city’s new animal control agency.

Free of the role, responsibilities and reputation that went with animal control duties, San Francisco  was able to devote more time and energy to innovative, life-saving programs and to realizing Avanzino and his team’s aspirations for a no-kill city, which was still five years down the road.