Compassionate communities are the future of animal welfare

So much of what the no-kill movement in general — and Best Friends in particular — is about, beyond implementing immediate lifesaving strategies and programs, is uprooting animal welfare and animal sheltering from its seedy and unsavory past and giving this work a new life as an expression of community compassion and pride.

At Best Friends’ annual national conference, I have spoken about my first contact with an animal shelter. I was in college and was missing my family pets, so I visited the nearest shelter, which was in a rural Utah community. It was a tumble-down glorified shed on a desolate road somewhere between the county maintenance yard and the landfill.

I saw a row of empty cages and a cowboy-looking attendant with his boots up on the desk, and I asked him where all the animals were. “Oh, I just took care of all of them this morning,” he said. “What do you mean, you took care of them?” I asked. “You know,” he replied. “I put them in those barrels out back and hooked up a hose from the exhaust pipe of my truck and, well, took care of them. I do have these kittens here if you want one of them.” He gestured to three fuzz balls scurrying around under the desk. I grabbed them and beat a hasty retreat. I was shocked, confused and at a loss for words. I had no idea that this kind of thing happened.

Rural Utah was not at the forefront of animal sheltering in 1990, but what I came to learn after I signed on with Best Friends and began working in the no-kill movement was that the only difference between that run-down operation in a remote Utah county and what was going on in places like New York or Los Angeles was that the cowboy made no pretense about humane care of the animals. Hundreds of times as many dogs and cats were being killed in the big cities.

The fact of the matter is that until the early 1980s, when the no-kill movement became a thorn in the side of traditional sheltering operations and positive change was demanded by the public, the life of the average shelter pet, to steal a quote from the pessimistic 17th century political philosopher Thomas Hobbes, was "solitary, poor, nasty, brutish and short.”

In the early 1980s, about 17 million dogs and cats were being killed in our shelters every year. What went on in the shelters of that era was nothing any community was proud of or much cared about. Shelters tended to be located in out-of-the-way, unwelcoming locations far from the beaten path and far from the attention of the animal-loving public. The bodies of dead dogs and cats were sold by the ton to rendering plants and recycled as animal feed, fertilizer and even pet food intended for other dogs and cats. My apologies for being so graphic, but there is a point to my comment.

The neglect and disregard that found expression in those shelters derived from the legacy of the perception of stray and homeless pets as a public health hazard and general nuisance by municipal governments. Expeditious removal of these pets from public view was the first consideration, and managing and disposing of them was more a function of budgetary efficiency than compassionate care. Compassion ended at the shelter door or the animal control truck, whichever came first.

That is the history from which our current system has evolved. Happily, in most communities, those atrocities are gone and the living conditions for pets in shelters have improved dramatically. The legacy of animal control and municipal shelters as street cleaning and public health operations, however, still taints our sheltering system in conception and design. It’s time for a change.

I wrote here recently about one view of the future of sheltering and about shelters becoming community animal resource centers. What I want to do in this blog post is begin the conversation about how we get there. How do we move from the current models, which evolved by way of incremental change from the bad old days, to a new blank sheet, a complete rewrite of this story? How do we turn a model predicated on grudging obligation into one based on kindness and compassion? 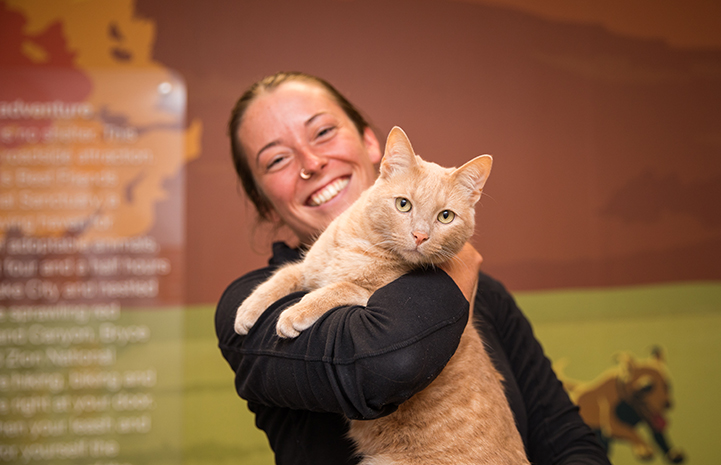 Surely it has to begin with an affirmation of the no-kill philosophy, policies and programs that acknowledge the intrinsic value of the lives of our animal companions and the commitment to pursue a positive outcome for every homeless pet who comes into the system. There is a place for euthanasia, but only when it’s the only humane option in the case of animals who are suffering irremediably from age, disease or injury, or dogs who are genuinely too dangerously aggressive to be safely rehomed.

Values drive priorities and priorities drive decisions. With a life-affirming value system as a guide, the concept and design of a community animal resource center comes into focus, starting with “community” as the operative word.

As the saying goes, “Form follows function,” and shelters look the way they do because of what they were designed to do. What then will shelters look like if they are intended to support the community’s relationship with its pets and to prioritize keeping pets in their homes and moving homeless pets into foster care and new homes as quickly as possible?

Everything about the future of animal services must begin with a fully informed and engaged community of animal lovers. That process can begin today by including the public in solving the problems that still exist, rather than keeping them at arm’s length while pretending to have all the answers.

Rich Avanzino, one of the founders of the no-kill movement, has been saying since 1984 (when he began his work to make San Francisco the first no-kill community in the country) that the public is the answer. People love animals, so we need to invite them to be a part of the solution. That was true in 1984, when approximately 17 million dogs and cats were killed in shelters, and it’s true today. Largely because of a more engaged public, that 17 million has been reduced to about 1.5 million per year.

As my very accomplished colleague Brent Toellner frequently observes, there will be a day in the not-too-distant future when kids will read about what happened in animal shelters throughout the 20th century and they’ll ask if it really happened. And you can say, “Yes, sadly, it’s true, but I was part of the movement that changed all of that.”