Founders of change: Pioneers of the no-kill movement 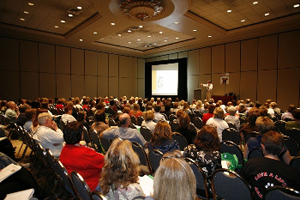 On Saturday, October 22, five individuals who challenged convention and rewrote the rules to save millions of animals will be part of a “fireside chat” at the nearly 1,400-attendee, sold-out No More Homeless Pets National Conference at the Rio Hotel in Las Vegas, and it will be my honor and privilege to interview them.

Richard Avanzino, who took San Francisco from nowhere to no-kill; Mike Arms, who pioneered the high-volume adoption of homeless pets; Becky Robinson, one of the founders of Alley Cat Allies, who introduced trap/neuter/return (TNR) to the United States and created a national advocacy network for ferals; Peter Marsh, who pioneered publicly funded, low-cost spay/neuter services and made New Hampshire a no-kill state; and Gregory Castle, co-founder and current CEO of Best Friends Animal Society, which redefined what an adoptable animal is and became the voice of the no-kill movement, will share some of their “Ah ha!” moments, challenges, and breakthrough achievements with a new generation of no-kill leaders.

In the 1980s and early 1990s, no-kill was a fringe movement and virtually all of the mainstream animal welfare organizations were dead set against it. While pioneers like the advocates mentioned above were demonstrating ways to save lives, the old school was debating the most humane way to kill homeless pets. Forward-moving leaders, including Ed Duvin, the original thought leader of the no-kill movement whose 1989 essay exposed the fallacy of “killing for kindness,” helped create the movement that continues to change the face of sheltering and animal care around the world.

It will be an exciting three days in Las Vegas, and you can bet as far as this conference is concerned that what happens in Vegas will definitely not stay in Vegas!