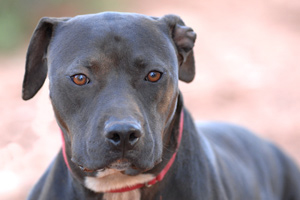 Never say never. I thought I was done with writing about Michael Vick a long time ago, but the national conversation about the man transcends Vick himself and gets to some bigger issues: the intrinsic value of the lives of animals, for starters, and whether or not deliberate and repeated animal cruelty is a crime, like stealing a car, that can be squared with restitution and jail time or something much, much worse. The country seems to be passionately divided over the issue.

My blog last week seems to have struck a chord. It played off President Obama’s call to Philadelphia Eagles owner Jeffrey Lurie to, in part, commend him for giving Michael Vick a second chance. There were over 1,200 reader comments to that posting and forgiveness was a primary theme.

I felt that one comment was particularly poignant and captured the moral dilemma that many people confront when the subject of Michael Vick comes up:

"I know God wants us to find it in our hearts to forgive but I just don't know how to forgive Vick for what he has done. I need to do some praying to help me find a way but I can't even get it in myself to pray for something like that! I'm not ready to forgive him apparently and not sure if I ever will. Please God, forgive me for being so unforgiving!" – unable to forgive

With or without God, I believe that most people would really like to feel OK about Michael Vick and that the vast majority of the public who don’t are not mean-spirited, unyielding animal nuts, which is how we are often portrayed by those who say he has suffered enough, paid enough and should be allowed to get on with his life without reservation.

For me, this is not about Michael Vick’s suffering or punishment: It’s about his conscience. Does he really have one and is there something there that we can connect with? 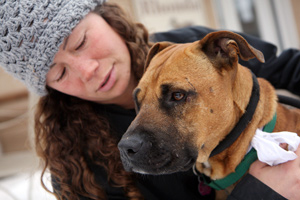 Getting involved in a dogfighting operation with his cousin and friends from his former life was stupid and criminal. Killing animals the way he did was deviant and reflects a sickness that can’t be offset by a prison sentence.

Most people live with regret over things that we have done or failed to do. Not because we were caught or because the things that we did ruined our lives or a relationship, but because when we go there and reflect on those actions, we see something ugly and unacceptable, something that never goes away and can never be undone.

I would like to be able to believe that Michael Vick has confronted that place in himself. Not his criminality, or his self-destructiveness or his stupidity, but the unimaginable darkness and cruelty that enabled him to personally kill at least eight very strong animals by incredibly violent methods.

Those of us who have a problem with the Vick celebration don’t believe he has done that. If he had, I don’t think his public apologies would be about all the people he let down, about failing as a role model or even, for that matter, about running a dogfighting operation.

If he had confronted that darkness, I believe his words would be different and so would the response from the animal-loving public. The problem for most of us is that Michael Vick has never really connected with us, never spoken to us on the core of the matter. If he does indeed live every day with the horror of what he did, then I believe he can and should speak to us.

He could begin with an apology to the animals. He would acknowledge that he found within himself something horrific and frightening — something that he can’t explain, excuse or defend, something that no amount of jail time or loss of public stature can offset.

It’s much easier to forgive someone who can’t forgive himself.