The Mojave Dogs: a lifesaving collaboration brought to you by the LA rescue community 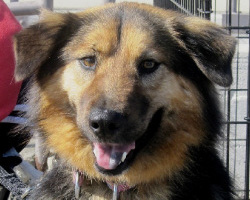 When Lori Weise, founder of Downtown Dog Rescue  in Los Angeles, received the e-mail alert about a group of 70 dogs that had been dumped on a struggling sanctuary in the Mojave Desert, she immediately identified some of the dogs pictured as the same animals who had vanished from a hoarding situation in South LA over a year ago as the law was closing in. The photos answered a question that had been nagging at her for months but raised an even bigger one: What to do?

What followed was a demonstration of the best of the LA rescue community pulling together to solve a big problem. Ultimately, untangling the mess took a collaborative effort of over a dozen area rescues and some backup and support from Best Friends, but in the final analysis it was a victory for the animals.

The situation in the desert was rapidly heading for tragedy. The original 70 dogs, joined by another 19, bumped the canine evacuees up to 89. The dogs were stretching the limits of the sanctuary. 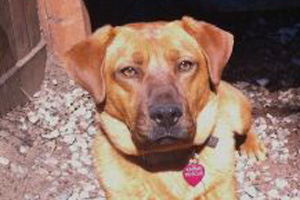 In short order, Lori brought Rande Levine of Karma Rescue  and Carole Pearson of Dawg Squad into the mix. The three, who are prominent players in the Los Angeles rescue community, got to work quickly and arranged for the dogs to be fixed and chipped – the first step in sorting things out. They also led weekend teams of volunteers out to the desert to repair the makeshift runs that provided little protection from the harsh desert winter.

Next on the scene was Helen Storey, writer, rescuer and veteran of previous hoarding interventions in the same area. Helen is a master networker. It’s one thing to notify everyone on your e-mail list or post something on Facebook, but organizing and meeting established rescues from all over SoCal at a point on a map in the middle of nowhere, documenting the condition of the dogs and making sure the animals are transported to safety is networking of the highest order. Hats off to Helen.

Most of the dogs turned out to be very friendly. That’s good in terms of getting them into new homes, but really sad from the perspective that they should and could have been in happy homes long ago rather than loaded without crates into the back of U-Hauls, tumbling and fighting as they bounced through the night, shuffled from hiding place to hiding place by mentally disturbed people ... 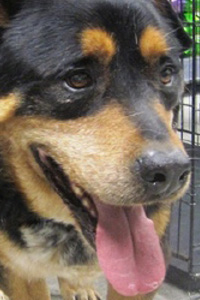 Seven of the dogs, however, were either feral or so unsocialized and frightened that they had to be herded by a line of 30 volunteers into a holding area. Seeing dogs like this who have been neglected to the point of abuse is heartbreaking, but even the ferals have a bright future. Five of them came to Best Friends while the two most social and most likely to come around went to SoCal Labrador Retriever Rescue. Two of the five, the inseparable Shep and Tan, who went to Utah have come to live with Silva and me. We’ve had a number of feral dogs over the years and, with patience and understanding, they do well in our little pack. I’ll keep you posted on their progress.

Best Friends helped with the costs for spay/neuter and boarding along with a destination for the ferals, but this is an LA story and its heroes are the local LA rescue groups led by Downtown Dog Rescue, Karma Rescue, the Dawg Squad and Helen Storey. Other groups that really stepped up include New Leash on Life, Take Me Home, Southern California Labrador Retriever Rescue  and Ace of Hearts Rescue. Rescues that accepted dogs, helped with volunteers and lent a hand in other ways include The Barking Lot Rescue, Westside German Shepherd Rescue, Coastal German Shepherd Rescue, the Amanda Foundation, Paws in Need,  Labs and Buddies , Angel’s Heart Dog Rescue  and Animal Alliance.

We still need your help fostering or networking a few of these dogs. Here is a list of dogs who still need homes or fosters: Nala, Felicity, Samwise, Scarlet-teena, Arwen, Zoe, Hemingway, Bonnie, Shyla, Joshua, Mitzvah. And last but not least, Abbie, the cattle dog listed on this page on the Love 4 Canines website.