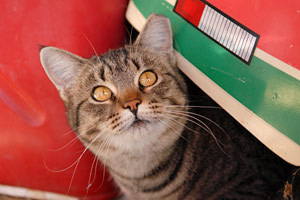 An article in the current issue of PETA’s Animal Times magazine attempts to paint the no-kill movement with the same brush as hoarders. Their argument doesn’t hold water and is a predictable recitation of their “killing is kindness” mantra.

As usual when discussing PETA, I have mixed emotions. PETA is one of the most influential and world-changing animal organizations, but they  missed the boat on no-kill and have been clinging to the dock ever since.

To be clear, there is no similarity between hoarding and no-kill. Hoarding is a mental disability that may be linked to obsessive-compulsive disorder. Animal hoarders are no friends of no-kill, and Best Friends and others in the no-kill movement have led the way in exposing and bringing hoarders to justice.

The no-kill, or No More Homeless Pets, movement, on the other hand, is a 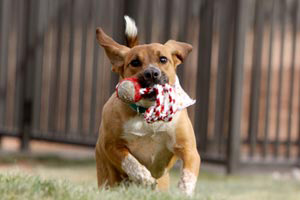 systematic approach to ending the killing of homeless pets through enhanced adoption, spay/neuter, public education and pet retention programs. That takes planning, work, imagination and leadership. It is not only doable, it has already been achieved in communities across the country. PETA, however, apparently doesn’t regard homeless pets as worth the necessary effort if they believe that a national population in excess of 300 million people can’t absorb 3.5 to 4 million pets a year. All it takes is a slight shift in the sourcing of the 17 million new pet acquisitions annually away from breeders and pet stores to adoptions from shelters and rescues along with a concurrent reduction in shelter intake through spay/neuter and pet owner education.

Ironically, and more to the point, PETA’s presiding mentality on pets appears to overlap that of a hoarder at the motivational level: obsessive control of pets and an almost phobic aversion to risk when it comes to trusting the public with the care of animals.

Hoarders believe that no one but themselves can be trusted to look after their animals, so they keep them under lock and key. They are blind to the pain and suffering they inflict as a result of their obsessive risk aversion.

PETA, too, is obsessively risk-averse when it comes to pets. Like hoarders, they believe that most people can’t be trusted with the care of a pet, but rather than keep them under lock and key, PETA simply kills them or advocates for killing them. They, too, are blind to the effects of depriving an animal of its most fundamental right — the right to life.

For example, compare PETA’s logic on feral cats with that of a hoarder. 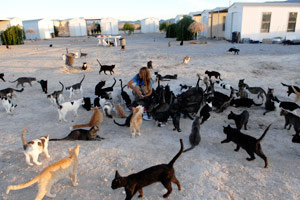 Hoarders, such as those who ran FLOCK in Pahrump, Nevada, believe that feral cats or any community cats are unsafe in managed colonies, so they keep them in their homes or, as in the Pahrump case, in a desolate desert enclosure. PETA likewise believes that feral cats are at too great a risk living freely in managed colonies, but rather than keeping them confined in marginal conditions, PETA advocates turning feral cats in to shelters to be killed.

What do hoarders and PETA regard as the unacceptable risks that ferals face? A few possible scenarios: They might get hit by a car, or they might get sick and lack medical attention, or some kids may throw stones at them. Hoarders and PETA believe that these risks are so great that community cats can’t be allowed to live at large. Such obsessive fear leads PETA to advocate killing to avoid risk, while the hoarder hoards.

Likewise, PETA’s rationale for their pit-bull policy parallels the thinking of hoarders on dogs in their care. Hoarders believe that no one can give their dogs the same level of love and protection that they are able to provide in their cloistered environment, so adoption to the public is out of the question. 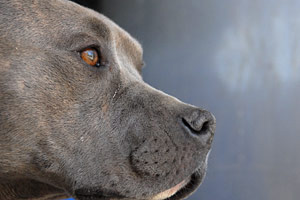 PETA believes that all pit bulls should be killed upon entering shelters, rather than be adopted by the public. Why? Because PETA believes that there is a chance that someone with bad intentions might adopt a pit from a shelter and use him/her for fighting or tie him/her out in the yard to serve as a macho guard dog. Like the hoarder, PETA believes that their actions, in this case promoting the killing of pit bulls, is the highest form of love and protection that they can provide to an animal in the face of a future that they can’t control.

Underlying all this is an ethical system that regards suffering as the greater evil. But what constitutes suffering is a subjective assessment. Is a short stint in a less-than-adequate kennel a cause of such severe suffering that it warrants a painless death? PETA believes that suffering of almost any degree and the risk of future suffering is worse than death by a needle, and this is where PETA loses me and everyone else in animal rescue.

The main difference between PETA and a hoarder is that a hoarder, and hoarders as a group, only affect the relatively small number of animals that they can control. Hoarders have no platform and no constituency. PETA, on the other hand, has an international platform from which to promote this strange wrinkle in their organizational personality and a reputation in the mainstream as rabid protectors of animals. People who couldn’t care less about animal welfare use PETA’s position on sheltering and no-kill to support their own, long discredited catch-and-kill shelter policies.

PETA, please let go of the dock and get on-board the No More Homeless Pets boat. We’d love to have you with us.