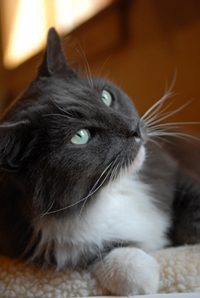 PETCO doesn’t allow rescue groups to bring FIV+ cats into their stores for adoption events. Unfortunately, this old-school thinking perpetuates a myth that has doomed countless cats to death, usually at the urging of uninformed or overly cautious veterinarians.

Best Friends Animal Society has a long and substantive history of managing FIV cats, and while we respect the disease and reasonable public concern, our experience points in the opposite direction from PETCO’s policy.

In January 1987, I drove Queenie, a red Persian cat in terminal renal failure, from Best Friends to the University of California, Davis, for what turned out to be the world’s first viable kidney transplant on a cat .

Queenie was quite the celebrity, so I tagged along as her entourage of one with sort of an all-access pass to the goings-on at the veterinary teaching hospital. As it happened, one of the hot topics among the staff was the feline immunodeficiency virus, or FIV, which had recently been identified by Dr. Niels Pedersen and Dr. Janet Yamamoto, UC Davis researchers. 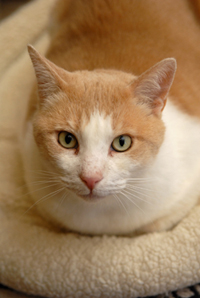 For those too young to remember, in 1987 the AIDS scare was sweeping the country. HIV (human immunodeficiency virus) had just been adopted as the name of the retrovirus that was first proposed as the cause of AIDS, and panic regarding AIDS was afoot across the country with its own mythology and a barrage of misinformation as to cause and route of infection. FIV quickly developed its own mythology, misinformation and panic.

At the invitation of Dr. Yamamoto, we submitted blood samples from the cats in one of our catteries for FIV analysis by the folks at Davis. There was no commercial SNAP test available at the time and Davis was the only place with the resources to conduct such an analysis. Several of the tests came back positive. We were gravely advised by Dr. Yamamoto to keep this group of cats isolated — that it was too late to remove the cats who hadn’t tested positive because they were likely already infected and that we certainly shouldn’t allow the public to adopt any of these cats.

Fast-forward a few years to the first commercially available in-office FIV test kits. When these little time savers came on the market, we dutifully tested all of our sanctuary cats. The little colony with the few FIV-positive cats was still doing fine. A couple of cats had died of old age (not the ones with FIV) but lo and behold, when we re-tested the colony, we found that there had been no transmission of the disease to any of the other colony cats. So much for the scourge of FIV.

As it turns out, rather than being transmitted by casual contact such as sharing food and water bowls and even mutual grooming, FIV is only transmitted in utero from an infected mother to her kittens or by a serum-to-blood route, as in a deep bite wound. And not only was FIV not an easily transmitted disease, for the most part cats who had FIV lived long and uneventful lives when given normal attentive care that included early intervention for common maladies such as the sniffles. 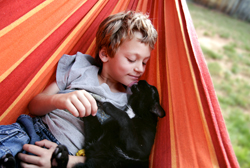 For me, FIV quickly became the virus I wish had never been discovered.

Now that there is an FIV vaccine courtesy of the same Dr. Yamamoto, matters are complicated further by the fact that the FIV test is really an antibody test. That is to say, the test does not disclose whether or not the virus is present, but whether or not a cat’s immune system has mounted a response to the virus either as the result of a bite from an infected cat, or as the result of having been vaccinated against the disease. That means that cats who have been vaccinated against FIV can easily wind up in a situation where they are killed, not because they have the disease, but because someone took the trouble to try to protect them from it, but didn’t take enough care to keep that cat from landing in a shelter or joining up with a managed community cat colony.

The bottom line here is that a positive FIV test result is a very poor predictor of the quality of life or life expectancy for a cat, and many vets recommend against testing for it.

Silva and I have three FIV-positive cats in our cattery of 11 healthy felines. Smokey and Lance, pictured here, are two of the three. It just isn’t that big a deal. The basic guideline is “no fighting, no biting.”

Too many cats are dying for no good reason. Excluding FIV+ cats from adoption opportunities is simply adding insult to injury. Please ask PETCO to change their policy on this and to bring it in line with reality. Together we can bring about a time when there are No More Homeless Pets!

For more information on FIV, you might want to read FIV: Catching a Bad Case of Rumors.