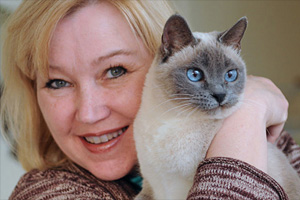 When Bonney Brown (pictured)  took the helm at Reno-based Nevada Humane Society (NHS) in early 2007, the organization was still reeling from a very public controversy that had brought a lot of public discontent with the agency to the surface and put the board of directors under the gun. The BOD hired Nathan Winograd to do an operational assessment with an eye to going no-kill, and the ensuing search for a new executive director landed Bonney in the driver’s seat.

Bonney was born into rescue — her father used to find stray and injured animals in the north Boston neighborhood where he owned a shop, and he would bring them home where Bonney’s mother would nurse them back to health and find homes for them. Bonney learned her childhood lessons in compassion well, and while working in retail buying and management, she founded the Neponset Valley Humane Society in Canton, Massachusetts. After a brief stint as vice-president of Doing Things for Animals (the folks who put on the first incarnation of the No-Kill Conference back in the mid-1990s), she came to Best Friends Animal Society in 1999 to lead our outreach programs, launched the No More Homeless Pets Conference, and rose to co-chief operation officer before departing for a leadership position at Alley Cat Allies in 2005. 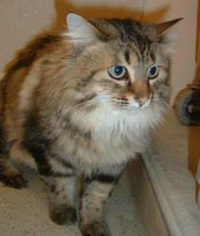 Along with the NHS executive director job came the long to-do list that the board had commissioned from Nathan, but the “how to” was yet to be determined, which is where Bonney’s background in animal welfare, retail, and even her degree in Fine Arts from Boston University came into play.

Nevada Humane and Washoe County Regional Animal Services are quite literally joined at the hip — they are located side by side in a newly built structure joined by an airy corridor. The two entities, one private, one public, fulfill complementary roles. The county performs animal law enforcement, answers complaints, and impounds strays. The Nevada Humane Society accepts owner surrenders, offers spay/neuter services, and takes unclaimed animals from animal services for NHS’s adoption program. That is a very simple version of the roles and responsibilities of these two organizations.

Bonney arrived at NHS with the same no-kill agenda that has guided her animal welfare career since she was in her 20s, and it was quickly apparent that she had to focus on the mission and get serious right out of the gate.

First things first — all programs and positions that didn’t have an immediate lifesaving impact were cut. The little retail section of the shelter that sold pet supplies at a barely break-even annual rate, gone, and converted to space for showcasing animals; humane education programs, cherished by some but regarded by Bonney as more glow than go, cut; wildlife rehabilitation, a nice idea but not much traffic and easily transferred to private rehabbers, gone. If a staff position, allotted floor space, or program wasn’t saving lives, it wasn’t needed in Bonney’s single-focus world of saving every possible life that she could. Everything was and is evaluated according to mission relevance. 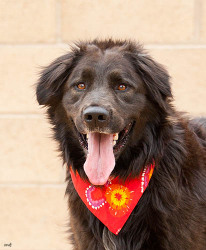 The first order of business was adoptions. In Bonney’s first year, NHS increased adoptions by 50 percent, and that growth has continued at a rate of 5 to 6 percent per year thereafter. Creative adoption promotions and a positive public media profile drive the public to the shelter to adopt. NHS runs frequent fun adoption ads in local media. “Acquiring a pet,” says Brown, “like buying a mattresses or a car is something that most people do only once every few years, but every time you open a newspaper you see an ad for mattresses and cars, so that when you’re ready to buy, you know where to go — same with pets. We keep our name and what we are offering right under the public’s nose so when they want a pet, they think of Nevada Humane Society.”

Creative promotions play on every imaginable popular theme, including “The Real House Pets of Washoe County,” “Big Love, 2 for 1 Kitten Adoptions,” Mardi Gras pet parades through the shelter, and “Petzilla” specials for those cranky and cross dogs and cats who need a little extra patience and attention.

As capabilities and resources grew, so did adoption efforts. Now, Nevada Humane Society does offsite adoption events every weekend.

Again prioritizing adoptions and public access, Bonney and her team shifted hours of operation to make things more convenient for the public to 11–6:30 Sunday through Friday and 10–6:30 on Saturday. Bonney also took an axe to the red tape that used to make adoptions a hassle, shifting the emphasis to customer service and making it easy to meet the animals.

As Bonney tells it, an empty cage means an animal might not get out of animal control alive. Her animal care staff gets animals from Animal Control at 7 a.m. and puts them through the adoption prep process immediately, including spaying or neutering. Cats are on the adoption floor by 4:00 p.m., dogs by the following morning. Every space is used. 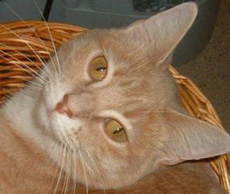 One of the programs that Bonney rates as critical is the Animal Help Desk, a piece of the puzzle that she brought with her from Best Friends. While Nevada Humane Society is mandated to accept owner surrenders, how they go about doing that is up to them. They stopped accepting drop offs, got rid of after-hours “drop box” cages, and established a “surrender by appointment” policy that gives the Animal Help Desk staff a chance to talk to pet owners and walk them through alternatives. Twenty-five percent of would-be surrenders find alternate solutions and bypass the shelter surrender all together.

At the other end of the corridor, Washoe County Regional Animal Services is as progressive and committed to no-kill under the leadership of Mitch Snyder as is Nevada Humane Society under Bonney Brown.

They partner with other local agencies, such as the SPCA of Northern Nevada, Wyllie Animal Rescue Foundation (WARF), and the Pet Network, in addition to numerous smaller grassroots groups. Mitch promotes trap/neuter/return (TNR) and designs the animal control shelter’s work around the needs of the animals and collaboration with NHS and his other rescue partners.

The numbers tell the story better than I can: In 2010, Washoe County Regional Animal Services took in over 12,000 dogs and cats, and 91 percent left the shelter alive. Nevada Humane Society placed over 9,000 animals in new homes, and had a 94 percent live release rate of all the animals who entered their doors from animal control and public surrenders.

Bonney Brown and Mitch Snyder epitomize the kind of leadership needed to make the mission of No More Homeless Pets a reality.