Putting the bite on puppy mills 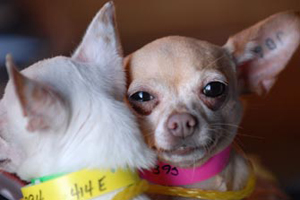 As public awareness grows regarding the cruelty inherent in puppy mills and the pressure that puppy sales place on shelters, there is a welcome trend that is putting the squeeze on commercial breeding operations from both the supply and the demand side of this rotten business. Public sentiment is turning against the mills and their pet store outlets, pointing to the inevitable end of puppy mills.

Last November, Missouri voters passed Proposition B, which put previously unimagined constraints on puppy mills in that state. Passing such a regulation in the current political climate was an indication of how animal cruelty issues cut across all party boundaries. The proposition was reversed and replaced by compromised legislation under pressure from the agriculture lobby in Missouri, but the fact remains that voters in the state that is home to more puppy mills than anywhere else in the country stood up to say no to the abuses of commercial breeders.

Likewise, a Best Friends–sponsored bill in Nevada, the puppy mill bill (Senate Bill 299), has been signed by the governor.  This impactful piece of legislation sets in place a statewide breeder permit system that includes inspections and fees, and also requires all dogs to be microchipped and vaccinated. Breeding dogs cannot be bred under the age of 18 months and are restricted to one litter per year. 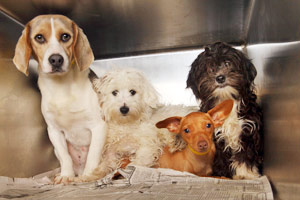 communities are taking matters into their own hands by banning the sale of puppy mill dogs in pet stores altogether in favor of shelter and rescued pet adoptions. The 2006 ban on the sale of dogs and cats in pet stores in Albuquerque, New Mexico, has led to a huge increase in shelter pet adoptions and a decline in shelter killing. El Paso, Texas, passed an ordinance banning the sale for profit of any dog less than one year of age. To date, nine cities have passed such bans, including Austin, Texas; Lake Worth, Florida; Toronto, Canada; and most recently, Fountain, Colorado.

In Southern California, Best Friends has led peaceful protests against pet store puppy mill sales for three years, resulting in the conversion of several stores to a humane, “rescue only” model, while some of the most egregious promoters of puppy mill sales have shut their doors for good rather than switch to humane sourcing of pets.

Recently, following the public outcry against the sale of pets from high-volume breeders, the city of Los Angeles and the neighboring city of Glendale, California, have passed motions approving the drafting of ordinances that will ban the sale of mill-bred animals. Longtime friends of the animals Paul Koretz and Tony Cardenas put the L.A. motion forward (Councilman Cardenas helped launch Best Friends’ local Puppies Aren’t Products campaign in 2008 through several public appearances and press conferences). 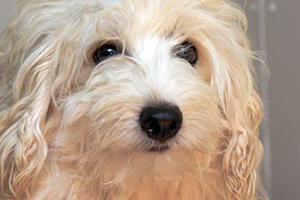 Don’t get me wrong — we still have a long way to go — puppy mills still crank out around 4 million dogs a year, and in some communities 25 to 30 percent of shelter dogs are believed to be from commercial breeding operations. Mills are a huge problem both for the cruelty that takes place within their operations and because each puppy mill pet sold represents a home that might otherwise have adopted a shelter pet.

Still, the news and the trends are favorable. The public is waking up, and that’s what matters because public demand is what drives the very nasty business of puppy mills.

For more information on how you can help make a difference in your community please check out: How to Organize a Peaceful Pet Store Demonstration and join the Best Friends Legislative Action Center to receive animal legislative alerts. Check out the puppy mill initiatives from Best Friends for further inspiring stories, legislative updates and resources.