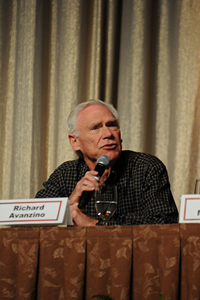 Richard Avanzino took the helm of the San Francisco SPCA in 1976 after a long period of that agency’s decline in popularity and support. He quickly turned the fortunes of the organization around by instituting lifesaving policies and programs. In 1984, he advised the city council that the SF SPCA would be out of the animal control business by 1989 and the city needed to come up with a transition plan. In 1989, Avanzino declared the SF SPCA to be a no-kill organization and helped create and staff a new animal care and control agency for San Francisco. His drive to make San Francisco a no-kill city was still taking shape.

Today, the type of programs that Richard Avanzino introduced to San Francisco in the 1980s and ’90s are taken for granted. If you weren’t engaged in the animal welfare movement at that time, it’s difficult to appreciate how groundbreaking and out of the box the ideas were that he and his staff brought to a traditional organization like the San Francisco SPCA. Back then, virtually every SPCA and Humane Society around the country advocated the now-discredited idea that killing shelter animals was not just a necessary evil but an act of kindness and the only option to address shelter overpopulation. Rather than argue with detractors, Rich continued to move the dial in favor of the animals.

Consider these strategies that he put into place:

Avanzino’s watershed achievement, however, was an adoption compact 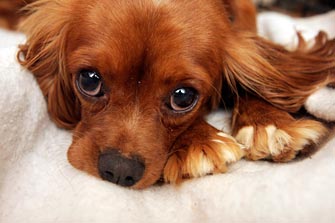 with the city that effectively turned San Francisco into a no-kill community.

Beginning in 1988, a year before he separated the city’s animal control function from the SPCA and passed it back to a newly created city agency – the Department of Animal Care and Control (ACC) – Avanzino set the stage for the next phase of his work by engaging the pro bono services of a marketing firm to prepare the public for the change, advise people of the different functions of the two agencies and point to the concentrated lifesaving focus of SF SPCA that the public could expect. A brochure was sent to every resident of the city laying out the plan and detailing the expectation of a 100 percent adoption target for the SPCA and a commitment to the success of the new agency by rescuing animals from the city shelter and placing them in new homes. That was in 1988 … that’s right, the year the first transatlantic fiber-optic cable was laid, “Rain Man” was the top film, gas was 91 cents a gallon and Ronald Reagan and Margaret Thatcher were running the free world.

Once the Department of Animal Care and Control was up and running, the SF SPCA was able to focus on its agenda of turning San Francisco into a no-kill city. They increased their adoption programs along with other services that targeted the needs of the animals. Without the space demands of an animal control function, rescued animals were able to stay at the SPCA for longer periods if need be. Animal behavior, medical rehabilitation and spay/neuter programs grew dramatically, and more challenging animals with behavior and medical issues were afforded more customized care and greater assurance of successful adoptions.

As the agency found its new footing, Rich and his team began to formulate 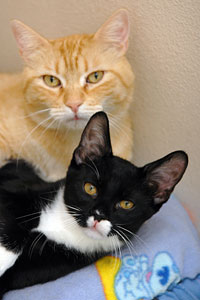 the idea of an adoption guarantee with the city shelter that would save the life of every adoptable animal. Surprisingly, the idea was not met with open arms by the Department of Animal Care and Control, which reasoned that such a formalized arrangement would encourage the public to surrender more animals to the city shelter assuming that it was just a back door to the SF SPCA. Conversely, Rich argued that the fear of utilizing the city shelter as a resource led to pet abandonment on the streets, uncontrolled breeding and more sick and injured animals arriving at the shelters with less chance of adoption.

ACC dragged its feet, and prolonged inaction led Rich to consider a different approach: He proposed a new city ordinance called the Adoption Act. With one-third of the city’s residents as SF SPCA supporters, he knew he had the fire power to make it happen if push came to shove. Finally, the chairman of the Animal Welfare Commission came out urging the SF SPCA and ACC to put aside their differences and work on a non-legislative resolution. On April 1, 1994, both agencies signed the Adoption Pact, which stated that the SF SPCA would take any adoptable animals the city couldn’t place and work towards saving all the treatable animals as well. It was a legally binding contract that obligated the SPCA to prioritize space for city shelter animals. While work remained to accommodate all the treatable animals and more challenging adoptions, that agreement established San Francisco in the rarified air of being the first no-kill city in the nation. Over the course of Richard Avanzino’s tenure in San Francisco, the city went from killing 24,000 animals a year to 2,000, mostly sick or injured dogs and cats. Rich acknowledges that it was still a work in progress when he left SF SPCA in 1998 to lead Maddie’s Fund because they never fully tackled all the treatable animals or all the pit-bull terriers at ACC.

By any measure, Richard Avanzino is a giant of our movement and his influence continues. He is also an optimist and believes that given a chance and a choice, most people will do the right thing. He is inclusive and hopeful to the extent that he extends a hand to the most obdurate and reactionary shelter director much as he would to a grumpy, badly behaved dog. His “no bash, no trash” philosophy is not a “go along to get along” avoidance of conflict, but rather an appreciation that the no-kill philosophy is part of a wider understanding that ends don’t justify means, whether that’s killing animals to solve a shelter population problem, experimenting on animals to find remedies for human disease or bad mouthing and vilifying our opponents to achieve a desirable end. The no-kill movement is for Richard, as it is for Best Friends, part of an alternative to the “business as usual” way of doing things that gave rise to the expedience of killing animals in the first place. If we lose sight of that, we will only create unneeded opposition that will slow our progress.