Utah's feral cats meow a sigh of relief and cheer in victory! 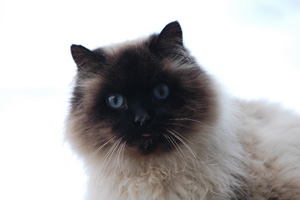 The Utah State Legislature wrapped up the 2011 session last week, and it was a thriller! It was a minute-by-minute nail-biter and was one of the most animated sessions for the animals in memory. As the bills went through the regular last-minute shuffling routine (on the last night of the session) before the clock struck midnight, Best Friends Animal Society was getting the blow-by-blow updates from our staff and lobbyist team on the Hill.

You remember the notorious House Bill 210? It was Rep. Curtis Oda’s bill that would provide an exemption from cruelty charges for anyone who killed an animal he/she reasonably judged to be feral. I blogged about how it was stripped down in committee and left for dead thanks to your efforts and those of dedicated volunteers and Best Friends Staff.

However, Oda’s bill made a comeback in a weakened form and passed the Utah House. The revived bill would still make it legal to shoot cats or other feral animals in unincorporated areas. Oda’s bill was still alive and kicking in the Senate on the last day of the session. As the hours ticked away, the bill was finally shuffled down the priority list and was never heard on the Senate floor. 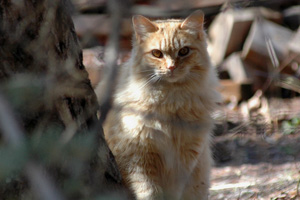 At the same time, Best Friends had a groundbreaking victory in Utah for feral cats with the passing of Utah Senate Bill 57, a bill that Best Friends organized with the help of our state senator Dennis Stowell. The bill officially sanctions trap-neuter-return (TNR) for cats, acknowledging it as an acceptable community cat management method in Utah State statutes. Now municipal or community animal control officers can bypass a holding period before returning cats who are part of a TNR program to their managed colonies.

This was no mean feat. It creates a great basis on which to build more acceptance of TNR in cities and counties across Utah as well as sets a precedent across the country for recognizing that feral cats are part of the fabric of our community — that they belong in our community — and should not be picked up like the weekly trash and taken to shelters to be killed.

The bill also extends the “hold time”  in shelters from three to five days, giving animals additional time to find a new home or be located by their owner if they happened to stray from their home.

On behalf of Best Friends Animal Society, cat lovers and volunteers, we extend a big thank-you to Best Friends’ Holly Sizemore, interim director of Community Programs and Services, and Senator Stowell for leading the charge in helping pass this important piece of legislation.