Best Friends Animal Society has teamed up with Hendrick Motorsports driver of the No. 48, Alex Bowman, and the Ally Racing team to encourage fans to help Save Them All.

At every race this season through the finale in Phoenix, Alex and Ally Racing will donate a combined $4,800 to Best Friends and an affiliated animal shelter in each race market. But that's not all! If Alex wins that local race, Ally Racing will up the ante and donate $10,000 to the chosen partner.

In 2021, Alex’s four wins helped Ally and Alex donate more than $160,000 to Best Friends and affiliated shelters and we are hoping for even more wins to #SAVETHEMALL this season!

Be sure to check out the upcoming race on March 13 at Alex's home track, Phoenix Raceway. Watch for a few surprises, including a brand-new paint scheme that supports the animals. 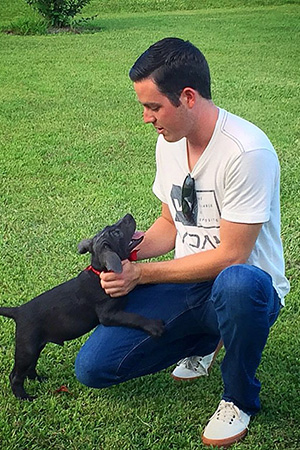 Alex Bowman is in his second season behind the wheel of the Ally 48 car in the NASCAR Cup Series. He loves professional racing, just like he loves his best friends: Roscoe, a rescued beagle mix, and Finn, a charcoal Labrador retriever.

Alex has been around cars his entire life, originally working alongside his father in their Arizona body shop and even building his own race cars.

Last season, Alex and the 48 team had 16 top 10 finishes, including four trips to Victory Lane, tied for the second most out of all NASCAR drivers in 2021. Alex won the Toyota Owners 400 at Richmond in April, and followed up with wins at Dover, Pocono and Martinsville en route to a playoff berth.

For the second year, helped by Finn, a social media star, and Roscoe, primary crew member on Alex's virtual team, Alex has decided to share his light by promoting and supporting a cause close to him: healthy, happy animals. 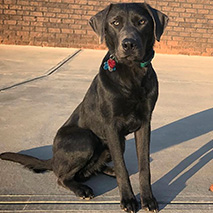 Finn Bowman is a charcoal Labrador retriever who resides in Concord, North Carolina, with his best friend, Alex Bowman. Finn became a household name in 2020, especially on social media, when he elected to take over the wheel of the No. 88 virtual Chevrolet at Homestead-Miami and wrecked Alex's teammate, William Byron.

Following the first eNASCAR iRacing Pro Invitational Series event of 2020, Finn was placed in a new role as an avid fan of Alex, watching from the carpeted sidelines next to the Carolina Sim Works racing setup. The three-year-old Lab enjoys long walks through the neighborhood, playing with his brother, Roscoe, eating treats and watching his dad race every Sunday in the No. 48 Ally Chevrolet Camaro ZL1. 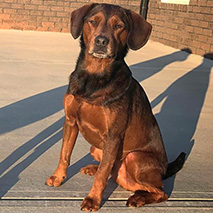 No. 48 team member Roscoe Bowman is a rescued beagle mix who resides in Concord, North Carolina, with his dog dad, Alex Bowman. Roscoe became a household name, especially on social media, when his brother, Finn, elected to take over the wheel of the No. 88 virtual Chevrolet at Homestead-Miami in 2020 and wrecked Alex's teammate, William Byron.

Following the first eNASCAR iRacing Pro Invitational Series event of 2020, where the incident occurred, Roscoe wound up taking over as the primary crew member for Bowman's virtual team. With numerous distractions on the carpeted sidelines of the Carolina Sim Works setup, Roscoe insisted on taking over the reins from Finn. The seven-year-old beagle mix enjoys playing with Finn daily, noshing on treats and watching his dad race every Sunday in the No. 48 Ally Chevrolet Camaro ZL1.