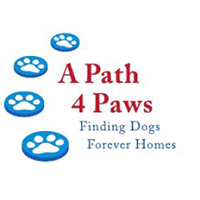 A Path 4 Paws Dog Rescue is primarily a volunteer-based organization, whose mission is to rescue, provide sanctuary, and re-home abandoned, stray and neglected dogs in Las Vegas and surrounding areas.  We began operations in July 2017, and duly incorporated in the State of Nevada on July 12, 2017.  We have been operating as a Nonprofit 501c (3) animal rescue since August 22, 2017.     A Path 4 Paws Dog Rescue Website