Every animal has a story and out of the thousands of lives Best Friends and our partners save each year, we can only tell a fraction of those stories. According to our social media pages, 2018 has been the year of the underdogs — and one “undercat.”

Smokey the Labrador retriever ended up at an animal control facility when his person passed away, but his life took a turn for the better when he got a new home through Best Friends Animal Society’s Canines with Careers program. His new career was, simply, a furry head to pat and a shoulder to lean on after a difficult day. He’s now the official mascot and valued member of the team at the Toledo Fire & Rescue Department. Read Smokey’s story 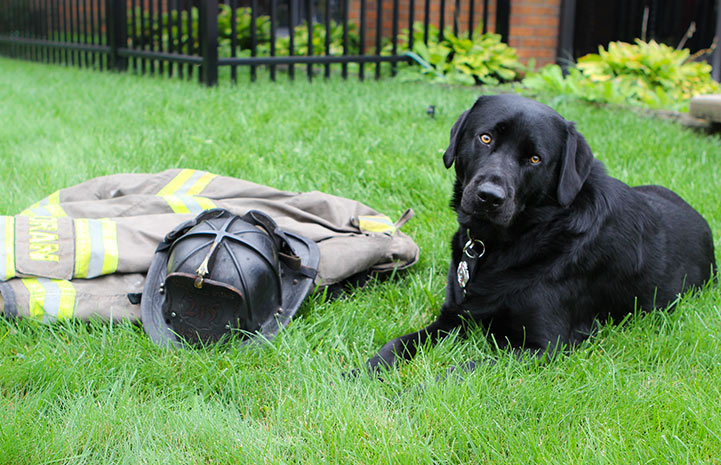 Louisville Metro Animal Services paired up with the local police department on a new program to benefit both the dogs and officers on duty. The police force needed cheering up and the dogs needed a break from the shelter, so the Paws on Patrol program filled both needs. Dogs get to spend a day at the station or in officer’s squad cars, and they love every minute of it. And a day out and about often helps them get adopted, too. Read the story 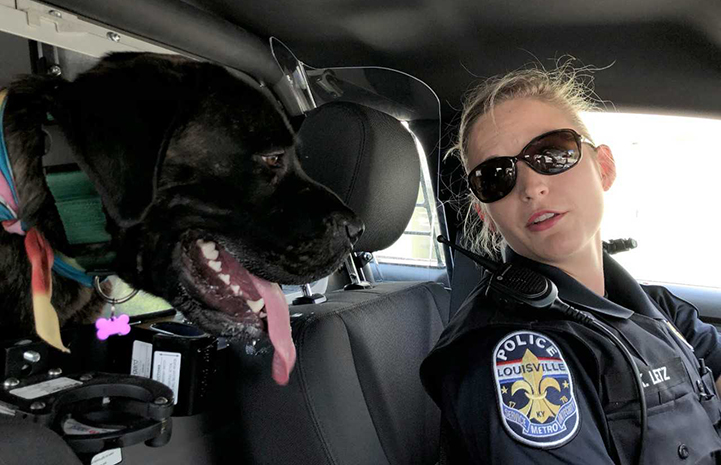 3. Ten years with the Vicktory dogs

Last January marked 10 years since 22 dogs rescued from the Michael Vick dogfighting case arrived at Best Friends Animal Sanctuary. Three of those dogs — Meryl, Curly and Mya — still call the Sanctuary home and today they are still loved just as much as the day they arrived. Read their stories here 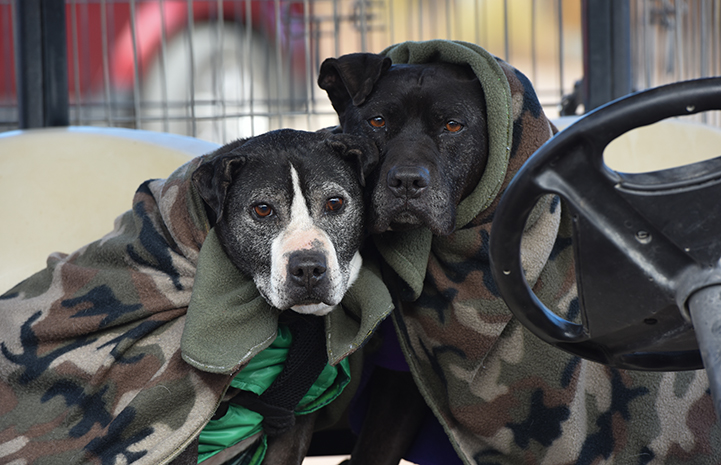 A hiker found Kelly alone in the desert, miles from the nearest town. The sweet dog was without any hair and had a severe skin infection. Utah Animal Adoption Center took her in, got her healthy and found her a fantastic home. Read Kelly’s story here

(Update: Kelly turned out to be a purebred Brittany spaniel and now she has her own Facebook page.) 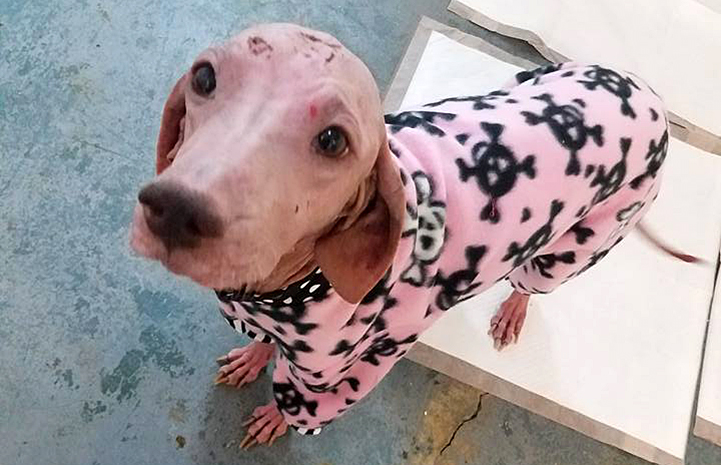 Crimson and Clover were left chained up when their family moved away. By the time they were rescued and brought to the Humane Society of El Paso, they were starving and had nearly given up. Since being rescued, the two dogs remain inseparable, and throughout their healing process, Clover never stops kissing her brother. Read their story here 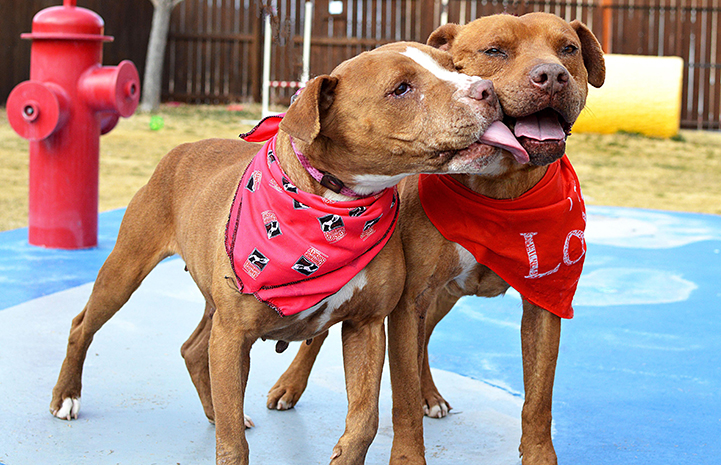 6. New home for an old-soul dog

Megatron is nothing but sweet, but his tough guy exterior tended to steer people away from adoption. Beyond that, he has allergies that require frequent baths and special food. All that meant it took longer for him to be adopted, but when he did, he hit the jackpot in New York City. Read Megatron’s story here 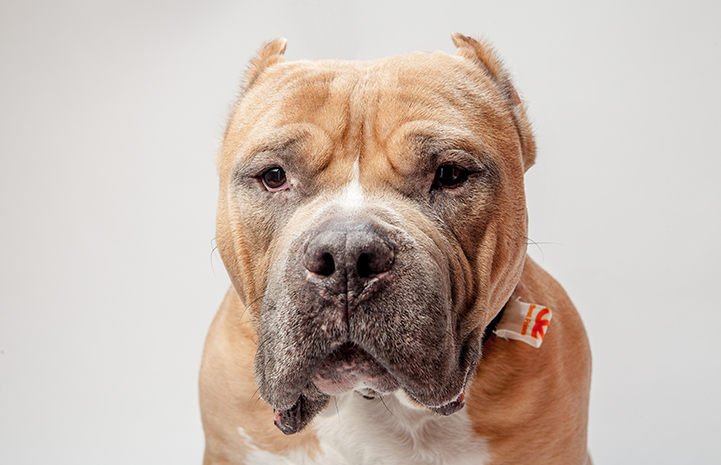 7. From broken to beautiful

Matilda had just about every problem one could imagine — a laundry list of medical challenges that included heartworm disease and pyometra, a serious, life-threatening infection. She was skinny and homeless in a very busy Texas shelter. But her life turned around when she hitched a ride to Salt Lake City and the perfect foster home. Today she’s healthy and loving life in her new home. Read Matilda’s story here 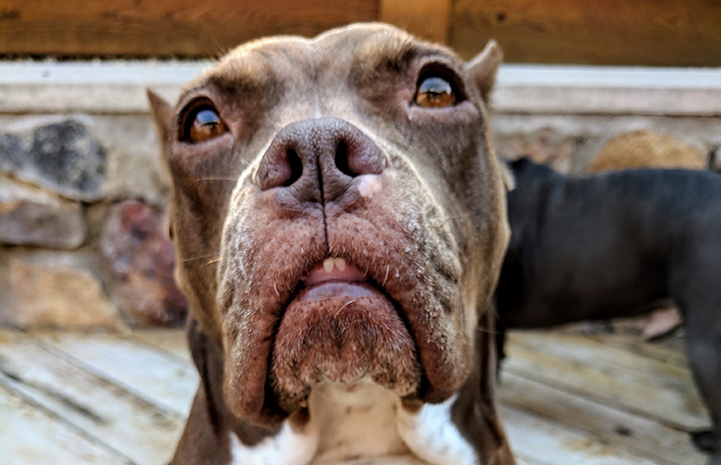 Ziggy is a lot of dog. Big and exuberant, he’s proved to be too much for the family that brought him to the Humane Society of Utah last November. Come Christmastime, he hadn’t been adopted, but he got to go home with a foster family as part of the shelter’s home-for-the-holidays short-term foster program. Family members, fighting tears on his return to the shelter, loved him so much that they ended up adopting him. Read Ziggy’s story here 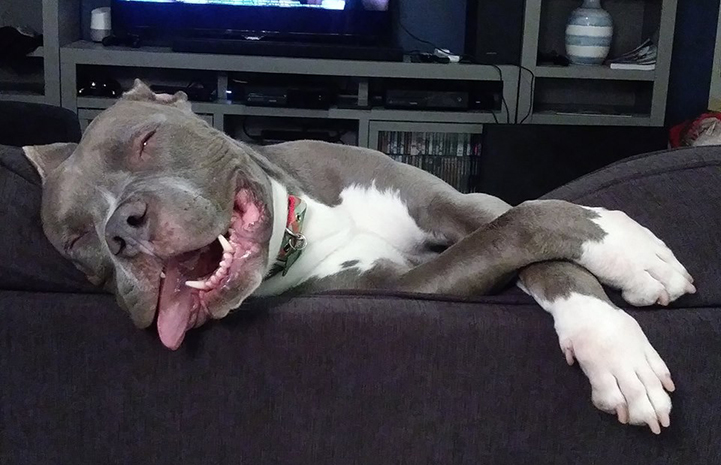 Found living outdoors in L.A., Melvin was friendly and sweet, but completely blind. The young cat was taken to a Best Friends adoption center and eventually moved into a foster home. That’s where his personality emerged. Melvin loved playing, cuddling and following the sound of toys so he could chase and bat them around. Any blind pet who can survive alone on the streets is a special being, and Melvin most certainly was. It wasn’t long before he was adopted and he now has his own home where there will always be someone to look out for him. Read Melvin’s story here 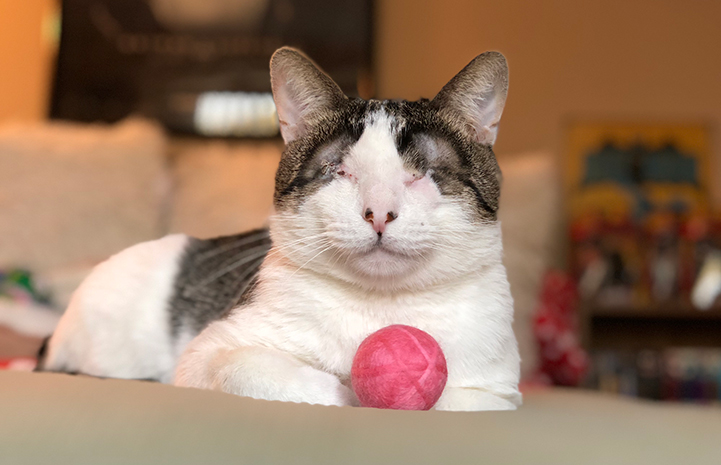