Matilda the dog has a droopy, jowly face, cropped ears and an underbite, and while some may find her looks endearing, others might find her intimidating.

Beauty, as they say, is in the eye of the beholder, and while that may be true, it’s not always positive for a big dog like Matilda. Her looks put her at a disadvantage at the Harris County Animal Shelter in Houston, Texas, where she was surrendered.

Then she tested positive for heartworm, and that’s not good news for any dog, let alone a homeless shelter animal. But it turns out Matilda had come to the right place after all, because even though the Harris County shelter takes in a huge number of pets each year, it works hard every day (with a lot of help) to save lives.

A life-changing road trip for a homeless dog 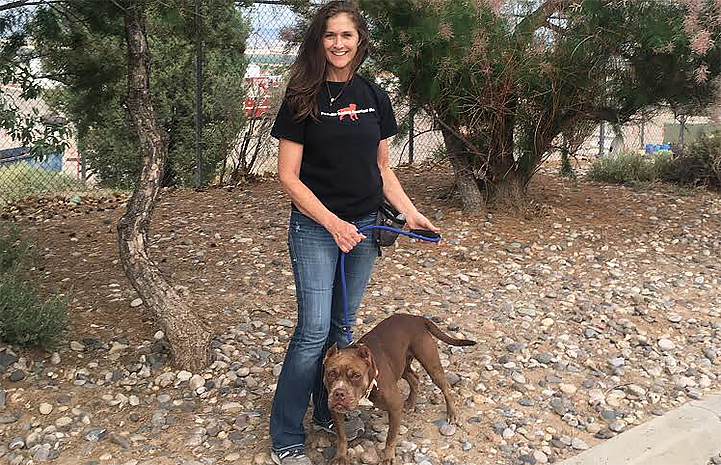 What Matilda needed was a place where her heartworm disease could be treated and where she’d get help finding a new home. Best Friends Animal Society was that place — or more specifically, Best Friends in Utah.

Turns out, there was a transport scheduled from the shelter to the Best Friends Pet Adoption Center in Salt Lake City. That’s how Matilda got a one-way trip from the Lone Star State to Utah, a state with a save rate for dogs at more than 90 percent.

Utah has the capacity to help animals from Texas, where dogs in shelters are at high risk for being killed. Consider this: Nearly 220,000 dogs and cats are killed each year in Texas shelters. Harris County has worked hard to raise its save rate, and pets have a better chance than ever before of getting out alive. Transports are one part of the solution.

“We saw Harris County reach a place where they were not killing pets, but with summer intake that was at risk,” says Bethany Heins, Best Friends senior manager of regional programs. “So, we brainstormed how we could help keep them at a 90 percent save rate. Monthly transports from Houston to Salt Lake City were the result, taking some of the immediate pressure off the shelter by getting dogs out.”

A foster home for a dog with heartworm disease 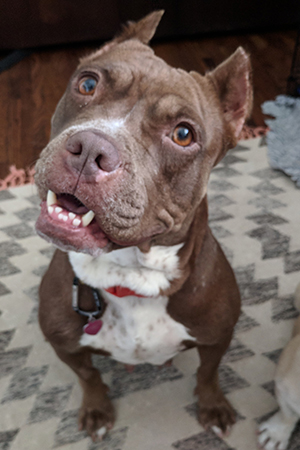 Collaboration between shelters and rescue groups is paramount when it comes to reaching no-kill nationwide by 2025. So, when Matilda arrived in Salt Lake City, she and a few of the other dogs on the transport went to the Salt Lake County Animal Services shelter, while Best Friends worked to find foster homes for them.

Sure enough, she fell in love and asked the staff if she could meet her for a potential foster. Although Matilda had begun treatment for heartworm disease at the shelter, it was best to give Matilda a comfortable, quiet place to rest, ideally in a foster home.

“At first, I really only intended to be a very short term stop while they looked for a more permanent foster home,” says Melissa. “But we fell in love with her and knew she would stay with us as long as she needed to.”

Is your community no-kill? Find out

Matilda gets a second chance

Matilda was extremely thin and lethargic during her first days at Melissa’s place, and as time went by, there were no signs of improvement.

A trip to the veterinarian revealed that Matilda had pyometra, a serious infection in her abdomen. Pyometra is an emergency condition, and luckily the vet was able to do surgery right away. So, you could say Matilda’s life was saved twice — first when she made the journey to Salt Lake City and again after her emergency vet care.

After surgery, Matilda became a new dog with a brand new physique. “She gained about 10 pounds in two months and became the silly, hilarious dog she was meant to be,” says Melissa. “She started greeting us every morning with a song that sounded like ‘Aroorooroo!’ while wiggling her rear end so hard, she’d nearly tip over.”

Matilda received a series of injections to treat heartworm disease, and because dogs undergoing the treatment need to have a slow and steady heart rate. And though it proved to be a little difficult, Melissa kept Matilda’s activities slow and steady, too.

“She fell in love with our dogs, and they fell in love with her,” says Melissa. “The hardest part was tamping down the wrestling matches and zoomies in the yard. We did allow some lazy play, where we’d let them wrestle while laying on the couch.” 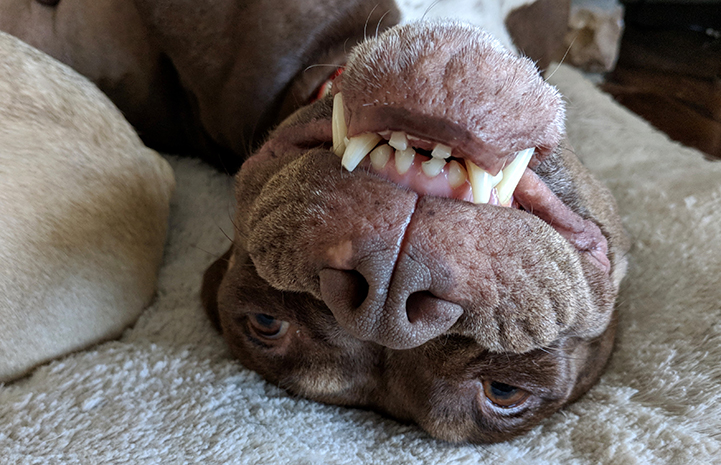 A dog from the Lone Star State finds love in Utah

While Matilda was busy playing with her new dog friends or cuddling next to Melissa on the couch, Alora Beach and her husband, Blue, were looking for a dog to adopt. Their dog, Jasper, passed away in March, and after giving themselves time to heal, they felt ready for some canine love.

When Alora saw Matilda’s photo on the Best Friends website and read about her journey from Houston to Salt Lake City, she decided to meet her. Melissa brought Matilda to the adoption center to meet Alora and Blue. The meet-and-greet couldn’t have gone better. “I knew from the moment I saw her that she was coming home with us,” says Alora.

“It was so helpful to talk to someone who had lived with Matilda,” says Alora. “Actually, it was invaluable. Matilda came crate-trained, and Melissa explained to us how Matilda loves dogs but doesn’t always have boundaries. So, we know not to take her to the dog park — at least not right away.”

Melissa could tell right away that Alora and Blue were going to give Matilda a great home. “They were gentle with her, and her medical issues didn’t concern them,” she says. “It only strengthened their connection with her. They got right down on the floor with her and there was an immediate love connection.” 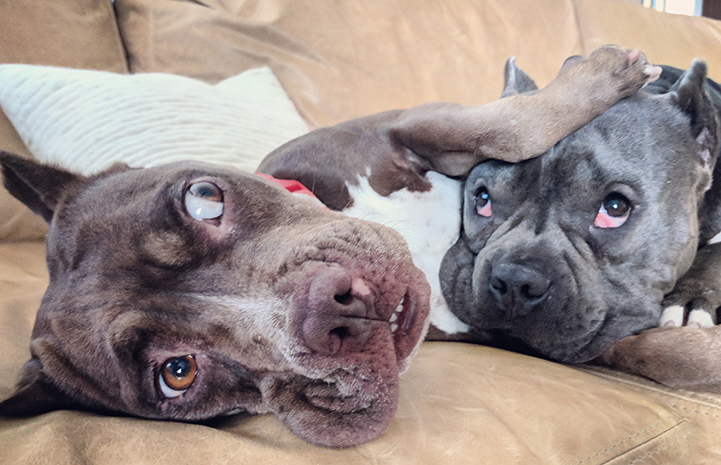 Fostering a dog is a gift

Matilda, who now has her own Instagram page, is finished with her heartworm injections, but she’s still on restricted activity while completing the next phase of heartworm treatment — preventative medicine and rest.

Soon, she’ll return to the vet for a checkup, which means that she’ll soon get to play with abandon with her new family and canine friends. That might not have happened if she hadn’t taken on that long journey north, with the help of friends along the way.

“Matilda was the kind of dog easily overlooked in a shelter,” says Melissa. “She had mismatched cropped ears, was skinny and in very rough shape with a laundry list of medical issues. Yet with some TLC, she quickly blossomed into a hilarious, loving, once-in-a-lifetime dog. Fostering her was a gift, and I hope her story inspires others to consider fostering and for adopters to take a chance — like Alora and Blue did on a girl like her.”