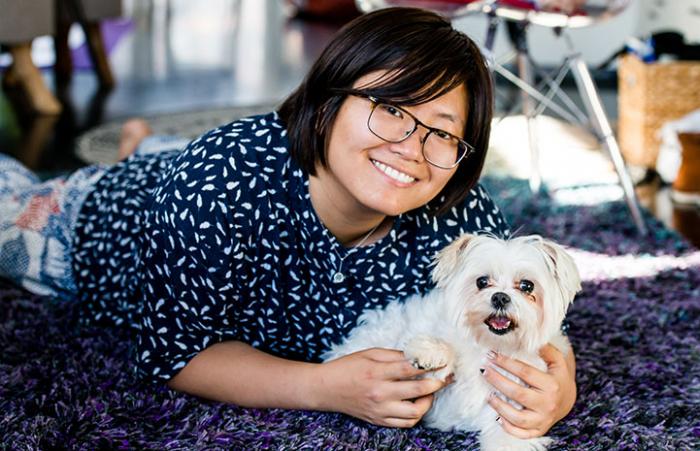 Happy, the senior Maltese dog, lives up to his name

Ting Liu had a very clear idea of what kind of dog she was going to adopt and what life would be like after she welcomed him home.

For starters, she planned on adopting a large breed dog. He’d have wise eyes and be very smart. Together, they’d take on New York. There would be trips to the dog park on weekdays, and on weekends they’d visit farmers markets and other dog friendly spots around the city. But everyone knows life gets a whole lot more interesting when things don’t go as planned.

That’s what Ting is finding out after visiting the new Best Friends Pet Adoption Center in New York, where she adopted a pint-sized 14-year-old Maltese dog named Happy.

Understanding the needs of a senior Maltese

The new adoption center houses pets taken in by Best Friends from the local city shelter, and it also provides adoption space for several of our Best Friends No More Homeless Pets Network regional partners. After Happy lost his home and ended up at the shelter, network partner Louie’s Legacy took him in and eventually brought him to the center to help him get adopted.

Losing your home as a senior dog can’t be easy, but somehow Happy managed to handle being uprooted without losing his joie de vivre. And when Ting arrived at ‘ center looking for a big dog ― well, Happy took her by surprise in the very best way.

“I must have laughed for a half an hour when I first saw Happy, which I took as a good sign,” says Ting. Happy is more silly that sophisticated ― definitely not what Ting had in mind. But as she spent time with him, she was reminded of her childhood dog, Tiny. Because she’d been forced to say goodbye to Tiny far too soon, the sadness has always stayed with her. 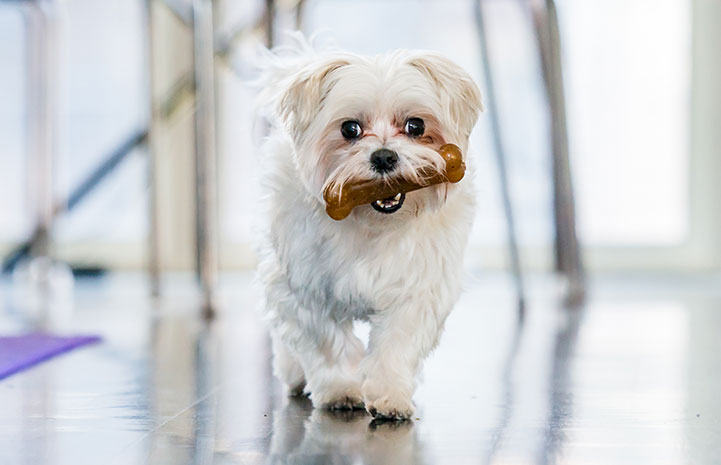 As Ting played with Happy at the center, she realized that adopting him would not only be a great way to honor Tiny, but that having a different tiny guy around was a guarantee that she’d spend a lot of time laughing. After talking it through with Best Friends adoptions specialist Peter Herrera, she decided to give Happy the loving home he had been waiting for.

“Happy is very healthy, but like a lot of senior dogs, he has joint pain and takes medication. He’s also missing most of his teeth,” says Peter. “Ting understands that senior dogs have special needs. She’s a great fit for Happy.” 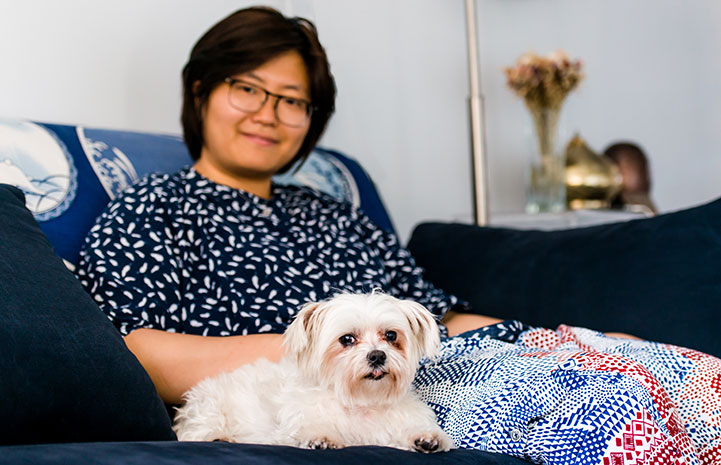 Today, Happy is settling into his new home, and Ting has completely forgotten that once she wanted to adopt a dog who was the very opposite of Happy.

Of course, it hasn’t always been easy. Recently, Ting tried to fulfill her dream of taking her dog to a farmers market. Much to her dismay, Happy barked excitedly at everyone around him and when he wouldn’t stop, Ting began to worry. She decided to cut the trip short and return only after she learned how to help Happy stay calm in big crowds.

Later that weekend, she brought Happy to a friend’s picnic, where he quickly won the hearts of everyone. As Ting watched Happy play in the grass without a care in the world, she knew everything was going to be okay. Happy was the dog she’d been looking for after all.

Join us and help Save Them All 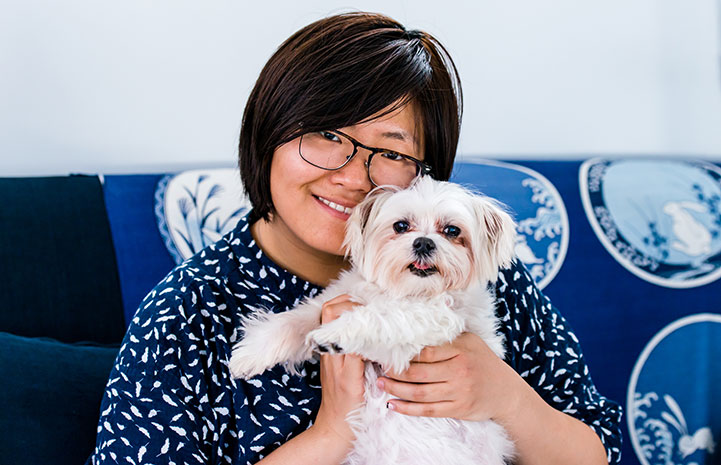