“Fun, feisty and full of love,” is how people describe Tony the kitten. But it took a whole lot of love and special care to get him there. At just five days old, Tony ended up in a shelter in L.A. Because of a cleft palate, he was unable to nurse and needed special feedings through a tube.

Most shelters don’t have the resources to care for neonatal kittens, especially those with Tony’s challenges, which is why he was at high risk at the shelter. Luckily, the shelter Tony was in is partnered with Best Friends in L.A., and Tony was soon on his way to the kitten nursery in Kanab, Utah. 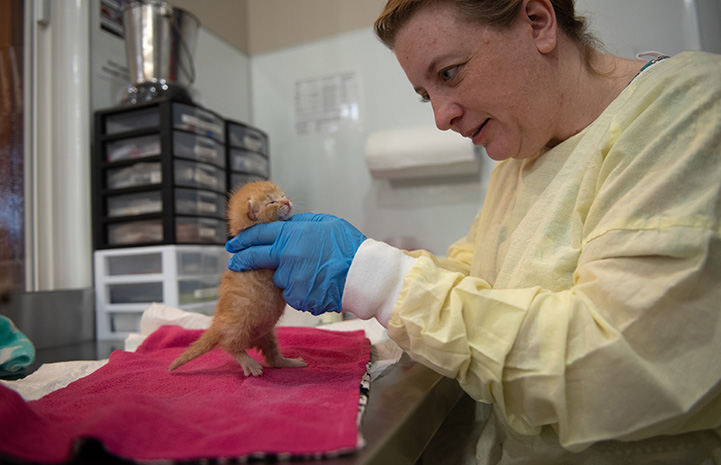 From the moment he arrived, Tony’s been getting everything he needs to grow big and strong. He’s also made lots of friends at the nursery and around the Sanctuary. At first, he was tended to around-the-clock by kitten nursery staff who have the training and knowledge to feed and care for kittens with very special needs. Feeding Tony was challenging in the beginning because he’s never been one to stay still for very long. “This little guy is such a wiggle bug, it's hard to get him to hold still for longer than .03 seconds,” says Chelsea Moore, a donor relations specialist for Best Friends.

During those early mealtimes, the little kitten would get especially fidgety, so it was hard to hold him still while holding the tube and pushing the food through. When he managed to pull his tube out mid-feeding, caregivers got creative. They put him inside a soft little drawstring bag with his head sticking out at the top. When he was held carefully inside the bag, Tony stopped wiggling around so much and the tube stayed in place while he got fed.

Then, when he was six weeks old, Tony had surgery to place a semipermanent feeding tube that would make getting his meals even quicker and easier. 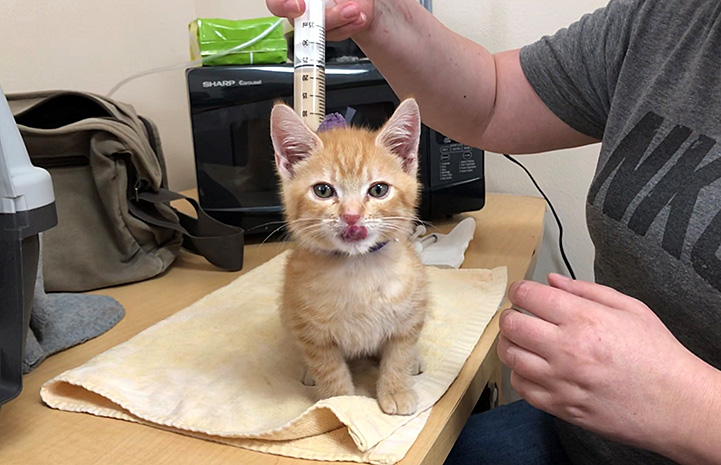 Kitten with cleft palate has foster home and many fans The next step for Tony was a move from the nursery to a foster home, where he continued to receive expert care and feedings, while having more room to run, play and grow. His foster mother, Best Friends financial analyst Kelly Cunningham, says that Tony’s condition has not slowed him down at all. “In fact, he is growing faster than any kitten I've ever fostered (my 35th feline foster and 61st overall). Because he requires feeding every four hours, Tony comes to work with me in the administration building every weekday, where he has many enamored fans and gets a ton of socialization.” 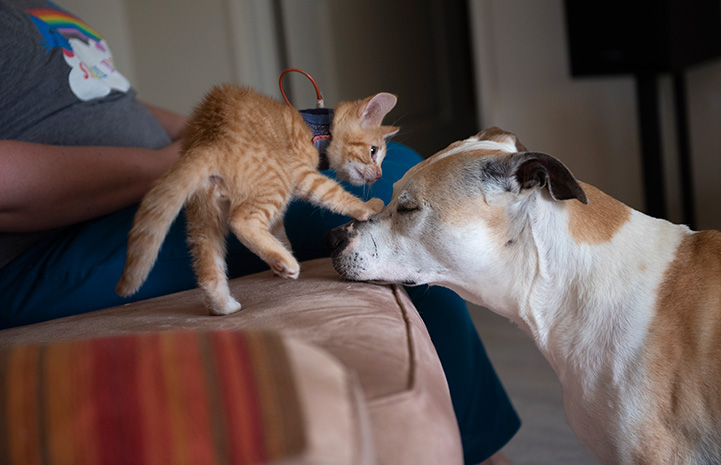 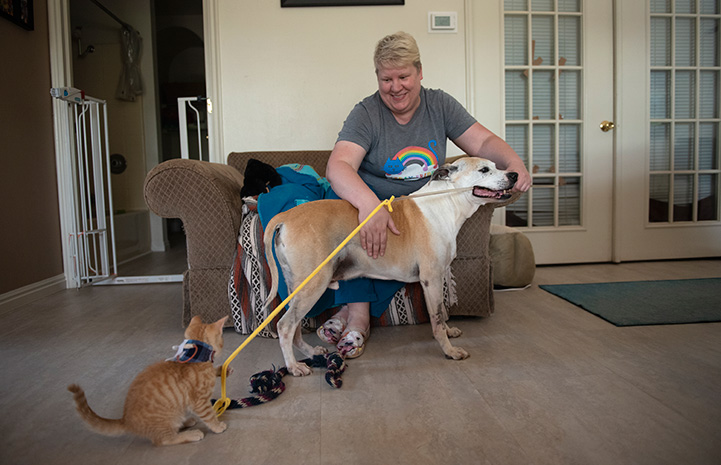 Kelly points out that many people who meet Tony wonder if his cleft palate will be a lifelong condition. It's possible that the cleft will close as he grows. If not, he'll have corrective surgery by a specialist once he's around six months old and finished growing. Either way, there’ll be nothing standing between this feisty little kitten and a long and happy life.

Be a hero to pets in need. Join Best Friends. 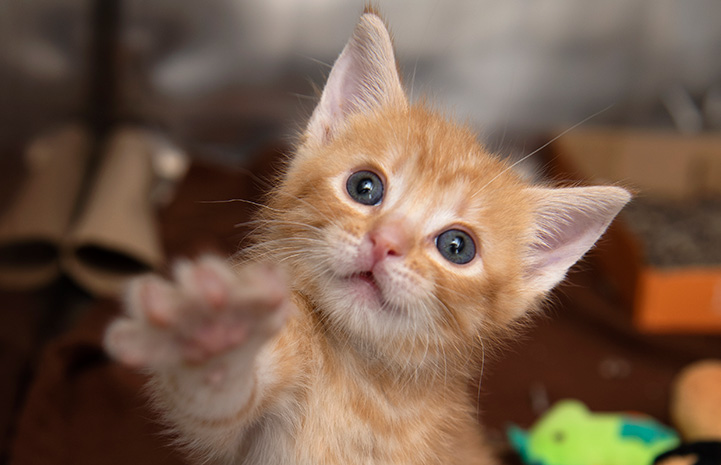