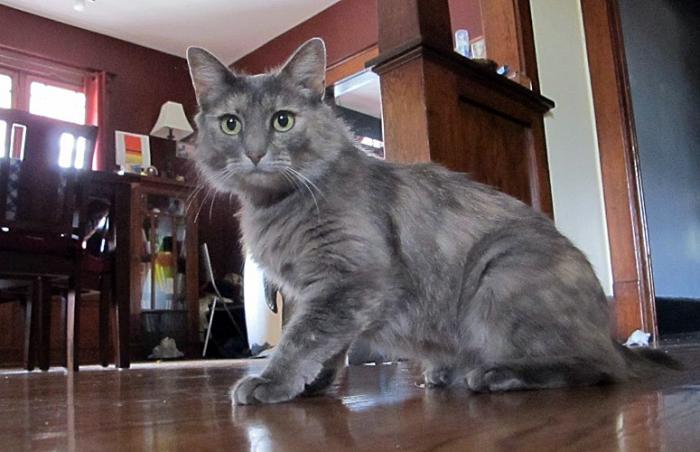 "I would like to thank Best Friends for your mission and for your caring of our beloved pets," exclaims Shawn McDonough. "And I'd like to thank you for putting a little more sugar in Sugar House."

One of the best aspects of the new facility is its ability to really showcase the adoptable pets, and while there were many luminaries on hand during the inaugural festivities, it was the animals who were the real stars. And the day's big winners were the cats and dogs who got to meet, greet and win over their new forever families.

For the Ellie the cat, the day marked a full circle for her new family. Joan and Dylan Winslow had been thinking about getting a cat companion for their older cat Moby. Moby, now nine years old, had started to slow down a bit, and his folks thought a new friend could perk him up. They had come across our former adoption space at Trolley Square, and while they thought it was ingenious to use a retail space to get homeless pets adopted, they didn't find the right match for Moby that day. When they read about the grand opening of the Best Friends Animal Society Pet Adoption Center, they knew they would attend to see if there was the right feline for them.

"We fell for Ellie right away," say the Winslows. "She was so calm, even with all the commotion that the people and children were making, and there were a lot of other cats around, and she was just perfect at the center. We knew we wanted to take her home."

Now called Eleanor, the beautiful cat has settled in nicely with her new family. "Moby is so much more lively and engaged, and we were so pleased with the way Best Friends is caring for the cats at the center," says Dylan. "They all seem so happy,"

Eleanor didn't always have it easy. "We rescued her at super adoption from a local shelter because they were going to kill her when they got back from the event because she was 'too fat' and they didn't think she would get adopted," confides Trielle Gritton, Best Friends adoption and outreach manager. "She went to foster until our adoption center opened, and she has been a volunteer favorite ever since."

That's the idea of the Sugar House center in Salt Lake City, Utah: to give approximately 20 dogs and 40 cats like Ellie access to the pet-loving public, so they can display their delightful personalities in a friendly boutique setting that is fun for the whole family. The available pets-in-waiting come from rescues and shelters, and since we want to realize a time of No More Homeless Pets, Best Friends Animal Society Pet Adoption Center is also a place to get free and low-cost spay/neuter resources and a place to receive trap/neuter/return (TNR) support. The center is one-stop shopping for the community's animal welfare needs.

Not in the Salt Lake City area? See who's available for adoption from our Sanctuary.