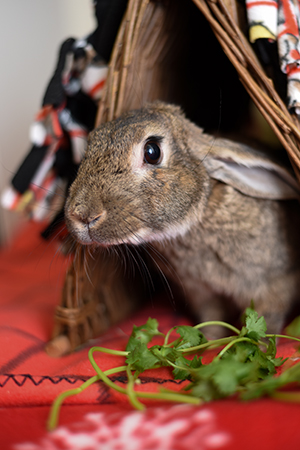 When Rusty was brought to Best Friends in the spring of 2016, his last priority was finding the love of his life. The poor bunny had been abandoned in a park in Las Vegas, and worse, he could barely walk and had little chance of surviving on his own. But all that was about to change.

Helping a bunny with injured back feet

Though Best Friends vets couldn’t tell what had happened to the domestic rabbit, it’s likely that an injury left both of his back feet in terrible shape. Rusty looked like he was clubfooted, though that wasn’t his exact condition. Instead of being connected normally, the bones in his feet floated loosely. His nearly useless feet were like little sackfuls of disconnected puzzle pieces.

Because it hurt to put weight on those feet, Rusty had taught himself to walk using only his front legs. But that was no way for a young bunny to go through life, because eventually, the extra stress on his front legs would damage them, too, and then he wouldn’t be able to get around at all. Rusty’s situation seemed grim, but no one at Best Friends was about to give up on him.

Medical treatment for a ‘clubfooted’ bunny

Best Friends vets, along with caregivers at Bunny House, came up with a medical plan to ease his pain and get back on all four feet. Though it meant lots of medical treatment and physical therapy, getting his feet working was extremely important if Rusty was to ever a full and happy bunny life.

Besides medication for pain and an anti-inflammatory and supplements for his joints, Rusty received laser treatment on his feet twice a week. Weather permitting, he also spent a few hours every day in a large enclosure with dirt and grass. The soft surface was easier on his back feet and therefore encouraged him to use them more. For Rusty, walking around on the Bunny House “lawn” was a fun form of physical therapy. As the laser treatments began giving him much-needed relief, he started increasing his step count.

Learn more about the Bunny House at Best Friends

After more than 100 laser treatments, Rusty is pain-free and happy. His feet will never be normal, and should his condition turn out to be degenerative, he may someday need a bunny wheelchair. But for right now, he’s enjoying life just as much as (and maybe even more than) the next bunny. That’s because he has someone special making him extra happy. 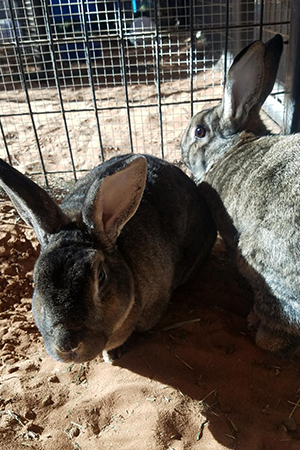 Just as Rusty began making a significant physical improvement, a calm older bunny named Nancy lost her best friend. Since most rabbits do best with a buddy and tend to form very close bonds, most rabbits at the Sanctuary are paired with one or two other rabbits and adopted out together. If a bunny loses her closest companion, as Nancy had, Bunny House caregivers try to find her another well-matched companion.

Bunnies can also be extremely territorial, so when a pair first meets, it takes a while for them to decide whether they’ll be friends or foes, with the process lasting anywhere from six days to six weeks. During that time, caregivers watch very carefully to make sure that they are a good match. The process begins with very short sessions together (such as short car rides in a carrier), and if those go well, sessions are lengthened.

Caregivers guessed that the sweet, laid-back Nancy would be gentle and nurturing with Rusty. As it turned out they were right: They couldn’t be a more perfect pair. 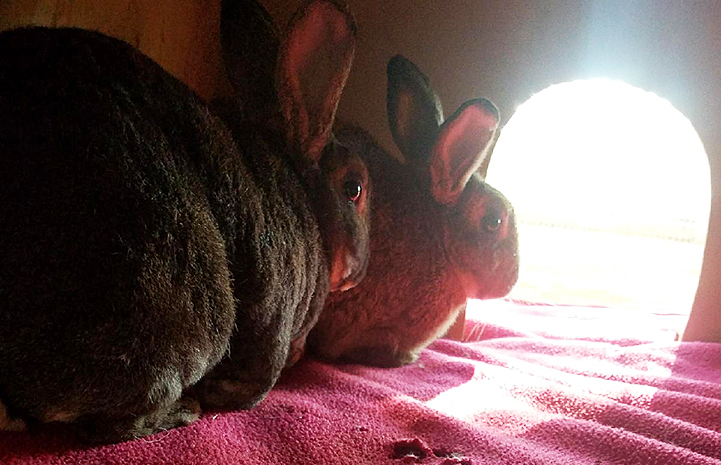 Nancy is thrilled to have a best friend again and often helps Rusty with his grooming. Because of his feet, it’s hard for him to keep his own ears clean, but Nancy happily does it for him.

The two bunnies have an “ideal bond,” says Bunny House vet tech Mary Duignan, and they keep each other extra toasty. “They tuck their little heads under each other's chins when the weather is cold.”

Now, not only is Rusty finally comfortable and free from pain, but he is also happy to have found his soul mate. And while he might still have one more thing on his bunny wish list (a home where he and Nancy can live together forever), he is finally loving life. 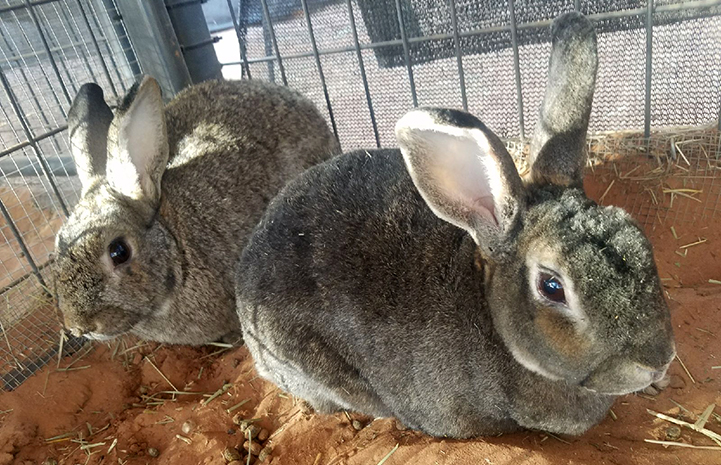