Paying it forward for pets

Have you ever had a stranger pay for your cup of coffee? It’s a nice surprise and it feels pretty great, right? Now imagine finding the furry best friend of your dreams and being told that the adoption fee is already covered. That’s what happened at Best Friends Lifesaving Centers in L.A., Salt Lake City, Atlanta, New York and the Sanctuary this past weekend during the Pay it Forward campaign.

Not only were adoption fees covered for anyone who adopted, but people donated funds to support many more adoptions in the future.

Here are just a few of the pets who went home over the weekend and are now just beginning new lives with their new families.

“I’m saving my treat for later.” 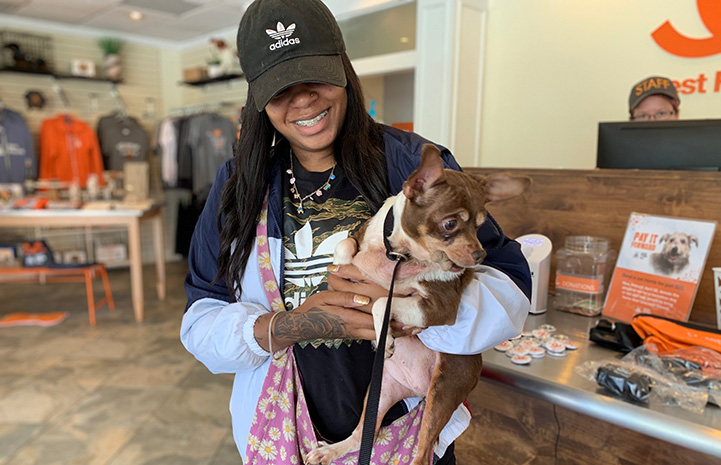 While her new mom finalized her adoption, Jessie daintily held a milk bone in her mouth the whole time.

Quest for a kitten 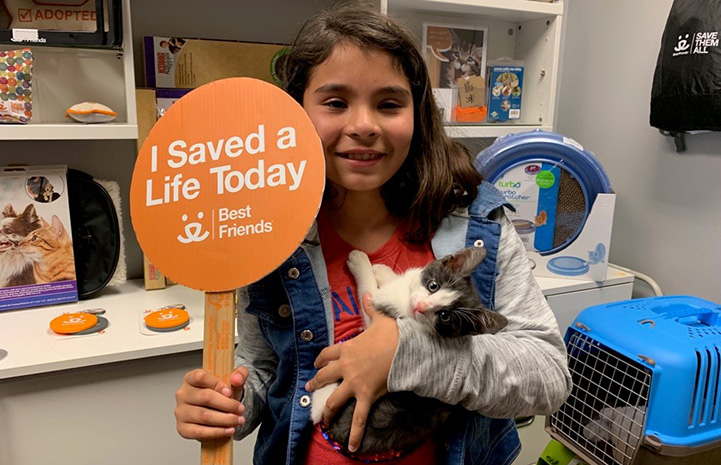 This little gal and her mom drove all over Los Angeles visiting rescue groups and shelters looking for the perfect kitten. When they finally visited Best Friends and came across Lotus, it was love at first sight!

Max is a match 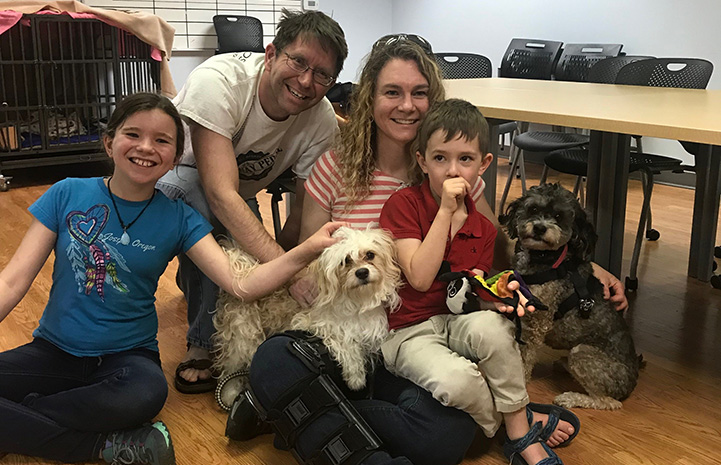 The Isenbergs recently lost one of their dogs to cancer. Since they had adopted him from Best Friends, they decided to stop by our lifesaving center in hopes of finding a new buddy for their dog and family. Enter Max, a Havanese mix, who was the perfect match.

Dahlia the kitten is worth the wait 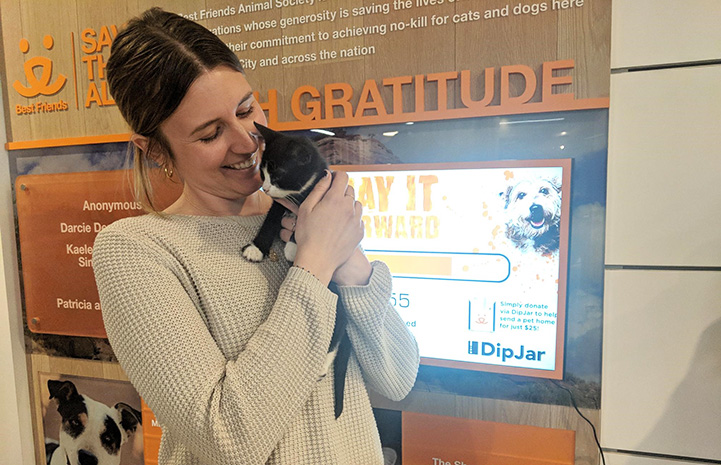 When Sarah moved to NYC from Florida, she had to leave her kitty behind because she couldn’t bear to separate her from her brother, who she loves. After waiting six months, she was finally ready to adopt a cat again. She fell in love with Dahlia and paid it forward to help another pet find a home. 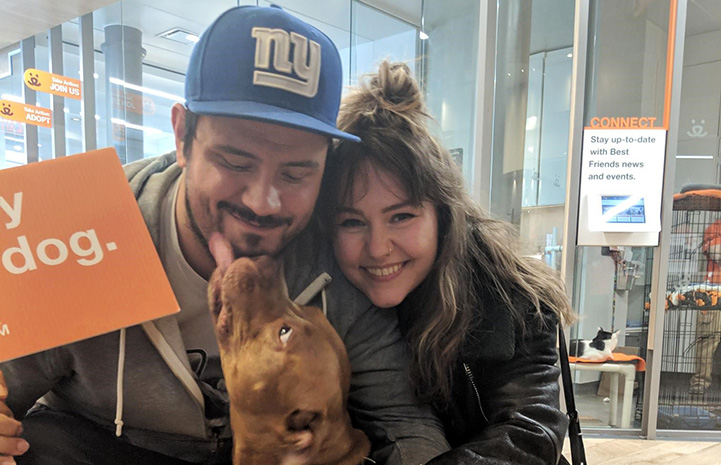 Vanessa wasn't sure she was ready for a dog, but Rob convinced her to just "come in and look." Well, one look at Carmine (and many kisses from him) sealed the deal. They went home to think about it but knew she was the one. They came back and made it official. 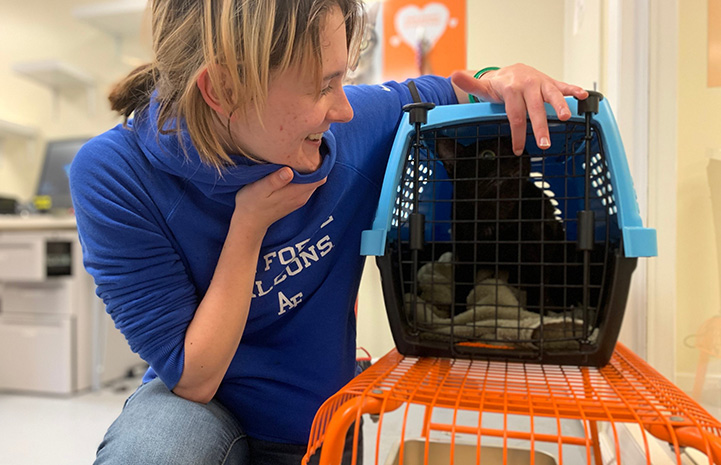 Danielle recently lost Midnight, her beloved cat, after a battle with chronic illness. She and her mom decided to honor their late kitty by “paying it forward” and taking home Stewart. They were shedding tears of joy at the thought of making space to save another life by taking Stewart into their home. Congratulations, Danielle and Stew!

A puppy for the whole family to love 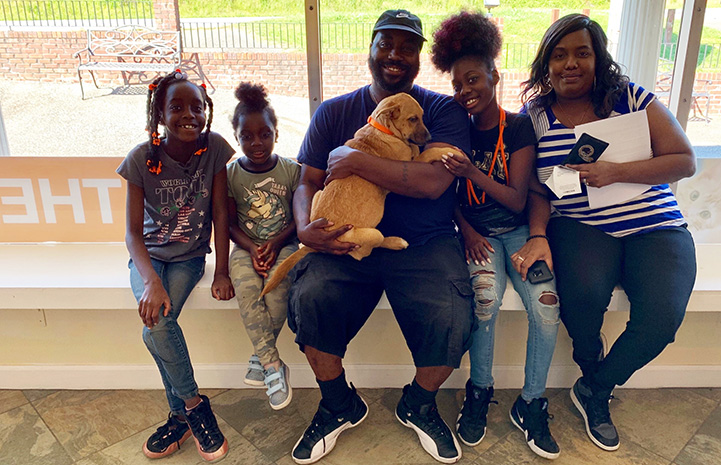 These little girls were thrilled about their new baby girl puppy. Their dad was obviously smitten, too.

“I found the best dog” 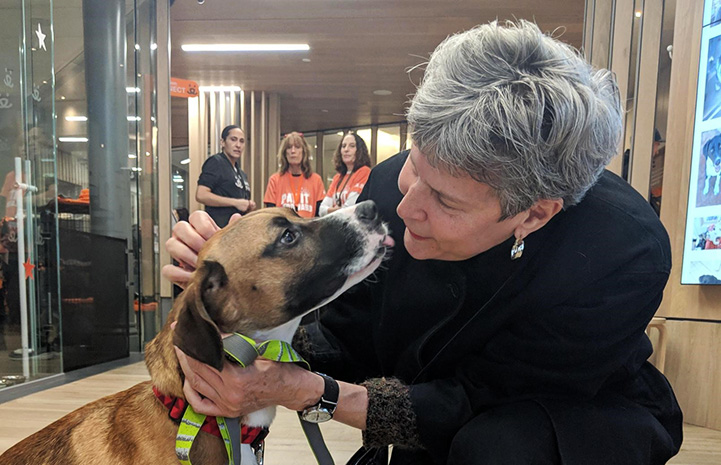 Adopter Chris said, "I'm so lucky, I found the best dog and the adoption fee was covered!"