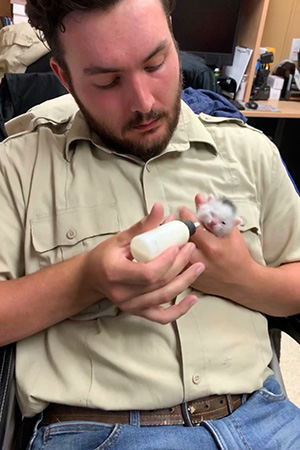 “Our days were best described as drowning.” That’s how Jacqueline Hernandez, shelter supervisor at Abilene Animal Services, describes working there before help arrived.

The Texas shelter was understaffed and had experienced a revolving door of directors, leaving a handful of people responsible for around 8,000 dogs and cats coming in each year. In 2018, the save rate was just 55%. They needed help, and it’s no wonder that the dedicated few who stuck it out felt adrift. But even after seeing leaders come and go with no lasting change, they never gave up hope entirely.

Shelter staff and the city manager wanted something better for pets and people in Abilene, and they were committed to turning things around. So, they tried a new approach, signing a new city contract to partner with Best Friends for leadership support. And in July 2020, Mike Bricker transferred from Palm Valley Animal Society (the first Texas shelter our embed program turned around) to Abilene – ready to plug in Best Friends’ support for the small but mighty team.

Change starts with a single kitten

The thing about embed programs is that they work, fast. Change starts on day one. In fact, on Mike’s first day in Abilene, a staff person came into the office to say they needed more euthanasia drugs. A sick-looking kitten had come in, and with all the cat cages full and more kitties coming in every day, well, there wasn’t any other option. (In fairness, when you’ve been struggling to keep your head above water for so long, it can be hard to see a lifeline.)

Mike, however, saw a kitten who could be saved; he didn’t need to die because the shelter was full. The protocol changed that day. Mike says, “We started a new lifesaving protocol that involved asking more questions and considering all the options available for each pet.”

Saving a single kitten was only the first “drop in the bucket” of changes to come, because pets were still flooding into the shelter daily. Dogs and cats needed more options to prevent them from entering the shelter in the first place and more opportunities to get out. With lives on the line, the team had to make swift, smart changes. One of those changes was hiring more staff, a lengthy process that involves a lot of paperwork, which no one could devote time to previously. But with hands-on help from Best Friends, something as dull as completing paperwork, with the goal of securing more hands on deck, was the first order of business. (Well, after saving that kitten, of course.)

Once more staff were in place, it was possible to expand the hours that the shelter was open for adoptions. To attract more adopters, Mike says, “For the first time ever, the city allowed the shelter to waive adoption fees.” During national Clear the Shelters week, they adopted out 185 dogs and cats – an incredible feat for Abilene Animal Services.

To improve lifesaving, the Best Friends team also reviewed all aspects of shelter operations, everything from cleaning protocols to adoption policies. For the first time in a long time, there was a little breathing room. And when you’re drowning, the chance to breathe is exactly what you need.

Michelle Logan, Best Friends’ director of national shelter embed programming, says, “In our embed programs, you don’t just get one person from Best Friends, you get an army of support.” Jacqueline says the Abilene staff were initially a little nervous about that. “We were worried about them seeing our mess, and we were afraid they would judge us,” she admits. But the opposite was true. The Best Friends staff who help with embed programs have all worked in municipal shelters. “They had been through what we were going through,” Jacqueline says, “and they understood being overwhelmed. They were further along than us and had come out the other side.” Change isn’t easy, but it helps when there are mentors on-site to show what’s possible. 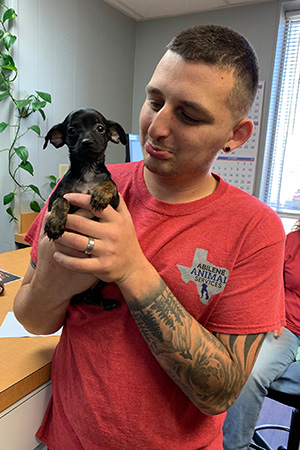 Expanding the shelter’s community cat program was also on the list of needed changes. Leaving cats where they’re living and thriving outdoors is an accepted practice in animal welfare. All that most community cats need is to be spayed or neutered, vaccinated and put right back where they were found. Scooping up cats and bringing them to the shelter, where their only option to get out alive is through adoption, simply doesn’t cut it.

When the embed program began, Abilene shelter staff had full support and guidance from a Best Friends community cat program mentor as well as Mike. With that support, the staff could feel more confident having those conversations with the public about leaving community cats where they were found, rather than taking them into the shelter. Time and again, changing the approach to cats in this way has been proven to save thousands of them each year. It worked in Abilene, too. Mike says, “In August 2019, more than six out of 10 cats weren’t making it out of Abilene Animal Services alive. This year, more than seven out of 10 are making it out.”

A different approach to animal control

As things shifted inside the shelter walls, Best Friends’ national municipal and shelter support team worked with Abilene’s animal control officers. Every day, these officers respond to complaint calls from the public and handle situations involving lost or stray pets. It’s one of the main ways that pets come into the shelter, and officers are representatives of animal services. Whether they’re perceived as punitive or helpful has a big impact on how people feel about their local shelter.

Best Friends’ approach is for animal control officers to help both pets and people. Under the embed program, Abilene’s officers began to roll out new practices. For example, they partnered with a local fencing company. Mike says, “Now, when an officer responds to a call about a loose dog and finds that the fence is the issue, we give the donated fencing material to the pet owner for free.”

Plus, officers now give out spay/neuter vouchers, rather than issuing citations to community members with unaltered pets. Stray pets are skipping the shelter more often, too. Officers scan found pets for microchips upon pickup and bring them home if they can locate the pet’s family. If the animal doesn’t have a chip or other identification, officers will then check the local lost-and-found Facebook pages. Mike says, “We’ve had a ton of success finding where these pets belong that way.”

By the Fall of 2020, Abilene Animal Services’ monthly save rate had climbed to nearly 90%, and sometimes higher. The benchmark for no-kill is a save rate of at least 90%. For the first time ever in Abilene, the numbers show that this goal is within reach. 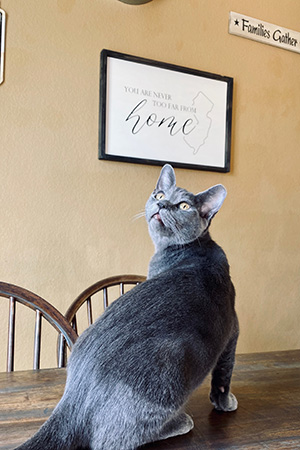 If you’re wondering what happened to Kirby (yes, he has a name now), the kitten who Mike encountered on his first day on the job, don’t worry. He went home with Mike for the night and never left. Mike and his family adopted him.

Even when change saves lives, it can be messy and difficult, and there’s certainly a learning curve. But Jacqueline and the team are facing it head-on. She says, “Even on days when things are hard, we remind each other that we already hit rock-bottom. We can only go up from there. And as scary as this adventure is, we’re doing it and we’re going to continue to do it. We’re going to reach our goal.”

Every pet for whom the team finds a lifesaving solution is like a breath of hope. And for people who used to spend every day feeling like they were drowning, that’s about as good as it gets.