Lexie King loves dogs, but as the co-founder of a busy startup in Los Angeles, adopting a dog in the near future just wasn’t in the cards. Instead, she had to get her dose of canine love by pet sitting for her friends.

Then COVID-19 happened and when the city temporarily shuttered to stop its spread, Lexie learned through her friend, Nathan Measom, Best Friends manager of corporate and influencer partnerships, that L.A. shelters needed foster volunteers. “I realized I could help,” she says. “I was working from home, so I could foster a dog.” 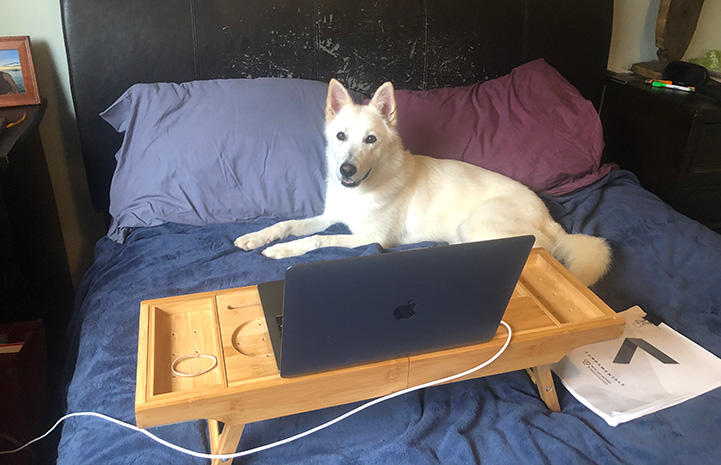 Thrilled at the prospect of having a dog even for just a little while, Lexie applied to foster through Hollywood Huskies, an NKLA Coalition partner. It wasn’t long until she received news: The group had found her perfect foster match — a little (but not for long) white Husky puppy named Luna. 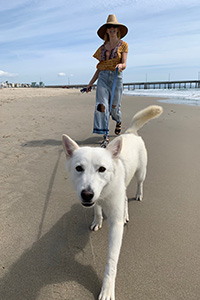 A few days later, Lexie not only had a dog by her side again, but a kindred spirit, too. “Luna is so much like me it’s a little scary,” says Lexie. “She loves going for runs and being active ― loves going on little adventures. She’s high energy, which is just perfect because I am, too.”

The more time Lexie spent running on the beach or exploring the neighborhood with Luna, the more she dreaded the day they would have to say goodbye. But the home Lexie’s shared with a roommate was just too small for an energetic Husky like Luna, who needed plenty of outdoor space where she could run and play. Once Lexie could return to work, she’d be gone long hours and that wasn’t good for Luna, either.

After looking all over L.A. for a place in her price range that would also be ideal for Luna (and coming up empty), it seemed inevitable that she would have to return Luna to Hollywood Huskies so she could be adopted. Feeling a little resigned, she told her business partner that, one day, she was going to make good on her dream of living in the mountains with a dog. She only wished that dog could be Luna.

“Why not move to the mountains now?” her partner asked. And with that, Lexie started to realize maybe this was a dream that didn’t have to wait.

The moment Lexie started exploring the possibility of adopting Luna and moving to the mountains, things started to fall into place. She already had the green light from her business partner, so commuting to the city as needed for work wouldn’t be a problem.

Then after a short search, she found a house in her price range about two hours away from L.A. in the mountains. The bonus was that it was in a community of dog lovers. As soon as Lexie put her John Hancock on the lease, she also made it official and adopted Luna. And that’s when she officially began living the dream.

“We love being here with nature as our backdrop,” she says. “Luna used to love going to the beach, and now she has the mountains.” Lexie adds that even though they have barely settled into their new digs, she already has pet sitting offers from neighbors. 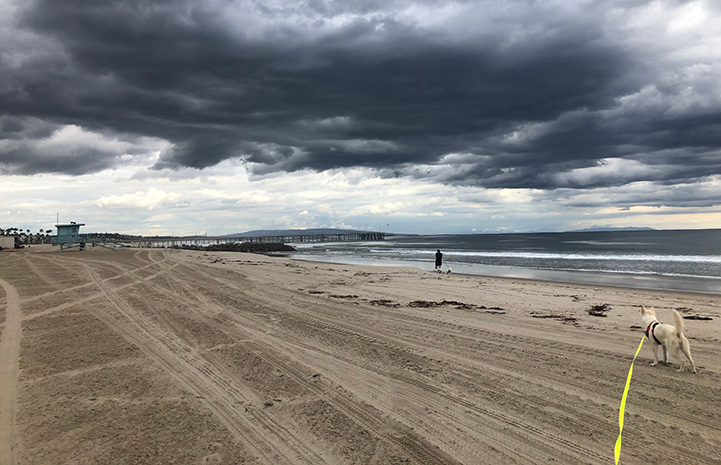 Lessons from a puppy

Luna has already changed Lexie’s life in many ways. “She has taught me about being mindful of my own schedule,” says Lexie. “I used to be all over the place, but having to care for Luna has helped me focus.”

When Luna first arrived at Lexie’s home as a foster puppy, she had some accidents in the house, which was understandable given Luna’s age and the fact that she was in a new place. To help Luna, Lexie says she learned how to tap into the power of positivity and perseverance to fully potty-train the puppy.

Luna has also shown Lexie the importance of taking breaks. Now, when she’s stressed out from work and needs to unwind, a short walk with Luna does the trick. “After a 30-minute walk with her I feel refreshed and clear.”

Luna has also helped Lexie and her boyfriend feel more connected to one another. Both run startup companies and are apt to feel under pressure from time to time, but Luna encourages them to relax and have more fun together. “What a joy Luna has brought us,” says Lexie. “She is simply amazing.” 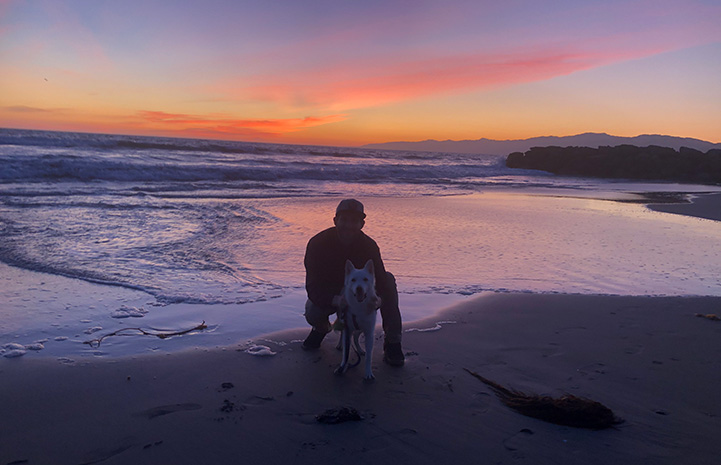