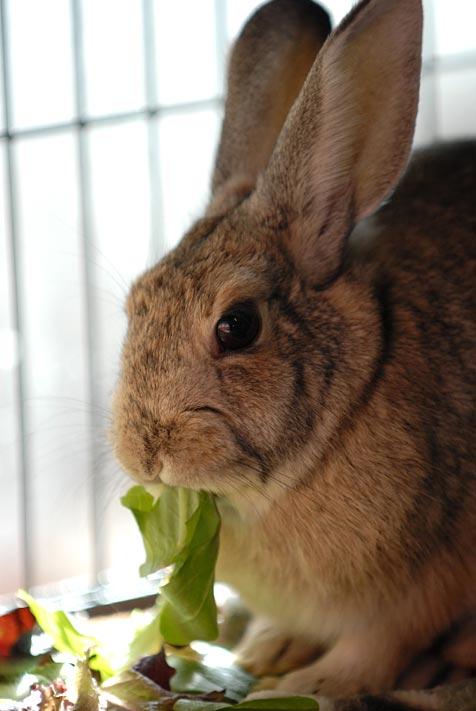 For some people, it’s hard to resist making a pet out of that orphaned cottontail, squirrel, chipmunk, mouse or other small wild animal they’ve rescued. They often believe that if they don’t keep the animal, the animal won’t survive. That may be true to an extent, but holding a wild animal in captivity or trying to make a pet of the animal is never the right call, because it is not the life nature intended for the animal and it’s illegal.

If you’ve found an orphaned wild animal, the right choice is always to contact your local licensed wildlife rehabilitator and allow him or her to take over the care of the animal and, if the animal is physically healthy, to eventually release the animal back into the wild.

Even animals who have been kept in captivity for a significant period of time can still be rewilded — that is, they can still learn the skills they need to survive in nature.

"If you’ve rescued a wild animal and didn’t know that you shouldn’t keep him, you can still get that animal out there, with the help of a rehabber," says licensed wildlife rehabilitator Carmen Smith, manager of Wild Friends.

Cases in point are two cottontails currently at Wild Friends, both of whom had been kept previously as pets.

Wild Friends, the wildlife rehabilitation center at Best Friends, received the first cottontail a few months ago from a woman who had acquired the rabbit as a baby and kept the animal for eight months either inside her house or in her RV. The other rabbit, having been kept by a family for two years, was dropped off at Second Chance Wildlife Rehabilitation in Price, Utah. Second Chance sent the cottontail to Wild Friends a few weeks ago so the animal could be with the first cottontail while learning the trades of the wild.

"Reintroducing rabbits to nature can be overwhelming for them," Smith says. "So having another rabbit there can help the second rabbit go through the process easier than the first."

Rewilding is, as Smith describes it, a step-by-step process, but can often be achieved between two and six months.

The first step involves weaning the animal off the diet he had while among humans and introducing the diet he naturally would have in the wild. People who keep cottontails tend to feed them the same food they would domesticated rabbits, such as fruit. Once at Wild Friends, Smith feeds them instead dried grasses, hay, a mix of fresh greens and other low-sugar foods, which should prepare them for the native vegetation they’ll dine on once they’re moved outside

The next step is acclimating them to their native habitat. That means, initially, getting them used to the temperatures of that habitat, which Smith does by exposing them, slowly and incrementally, to the extreme outdoor daytime and nighttime temperatures until the animals are finally accustomed to all the temperatures they’ll experience in the wild.

Once they can handle the temperature extremes, they’re ready to move outdoors into a large fenced enclosure, replete with native vegetation to eat and fellow wild animals to view and interact with through the fencing. The first cottontail Smith is rewilding is currently in an enclosure that puts the rabbit within close proximity to deer, wild turkeys, and other native wildlife that like to congregate at Wild Friends.

But how, then, does the rabbit or any other wild animal habituated to people learn to act wild — to flee or hide when approached by a human or any other potential, predatory threat? Smith says that by limiting an animal’s exposure to people, the animal simply reverts back to his normal, wild, skittish state. Though the first cottontail was wholly used to be around people when he first arrived at Wild Friends, he now scurries under brush or behind a bush when people approach — exactly what he should be doing.

The second cottontail is currently at the first stage of rewilding, adapting to a new diet. But once he has changed over to his new diet and can handle the temperature extremes, he’ll move to an outdoor enclosure, within close range of the first cottontail. Smith thinks that within a few months, both will be ready for release.

"I’ve rarely met an animal raised in captivity that you couldn’t get back out into the wild," Smith says. "There’s potential for all captive wildlife, as long as they’re healthy. Most can be re-taught the skills they need and have the life they’re meant to have."

"Wild animals can never really become pets," she adds. "They become used to you, but they don’t become pets. I’d say that’s true for most, if not all, wild animals.