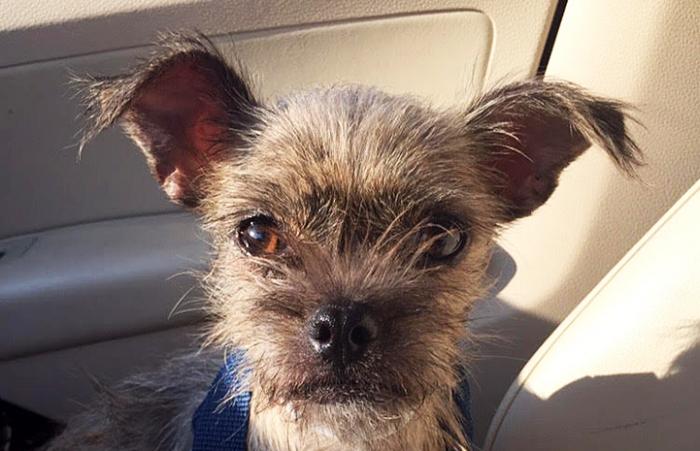 When Christina Arriaga, executive director of Rockwall Pets, considers what inspires her every year to help save hundreds of homeless pets in the Dallas area, she looks no further than dogs like Cannoli, a tiny dog whose life was changed the day she and Christina crossed paths.

Cannoli had been abandoned and living on the streets when Dallas Animal Services (DAS) picked her up and brought her to their shelter. The poor dog was tired, hungry and full of fleas. Understandably, she was not up for socializing at that moment, and shied away from anyone who came near her. That’s when Christina met her, and because the shelter was full and unable to dedicate the time and attention Cannoli needed, she agreed to take her into Rockwall Pets where the little dog could receive the second chance she deserved.

As the top transfer partner for Dallas Animal Services, Rockwall takes in as many dogs as possible from the shelter, and with additional funding from a recent grant from Best Friends, more homeless pets’ lives can be saved.

Best Friends partners near and far work together 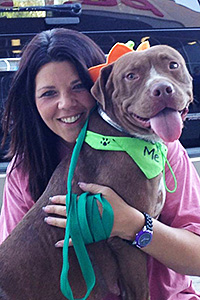 Operated by a small group of dedicated volunteers (including Christina), Rockwall Pets each year has managed to significantly increase the number of animals pulled from DAS than the year before. And Rockwall Pets usually exceeds even its own expectations. In 2013 the organization took in 490 animals, and by 2015 the number of animals pulled from the shelter was up to 931.

Rockwall Pets is also a partner in the No More Homeless Pets Network, a Best Friends program that works with rescue organizations and municipal shelters across the country to end the killing of dogs and cats in our nation’s shelters. Network membership made Rockwall Pets eligible for a grant that will help them save 500 more DAS dogs than the previous year. And Christina says her organization is well on its way to achieving this goal.

The grant enabled Rockwall Pets to purchase a cargo van so to transport dogs pulled from DAS across the country to animal rescue groups, many of which are also Best Friends network partners.

New van will save lives through transport 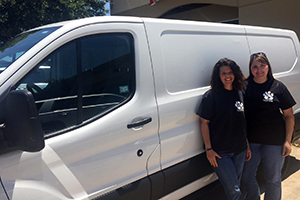 “Animal transport can be very expensive,” says Christina. “Before (purchasing the new van) Rockwall Pets had to pay transport companies and could only transport about 12 dogs at a time. Now we can move about 30 at a time — so we’ve doubled our opportunities to save more pets.”

“When we transport far away it’s because we are filling a need in that state,” says Christina. For example, in places like Vermont, rescues often have more requests for small dogs like Chihuahuas than they can fill; however, in Dallas, there are more Chihuahuas in shelters than there are adopters who want them.

Transporting dogs also has another benefit in the goal to become a no-kill country, “If we can supply these shelters with the types of dogs that are in demand, adopters are less likely to get them from puppy mills, pet stores or backyard breeders,” says Christina.

Fostering dogs, inspiring others to do the same 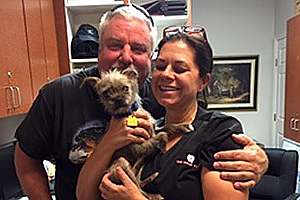 Today, little Cannoli lives in a big house outside of Dallas. Turns out, as soon as Christina posted a photo of Cannoli on the Rockwall Pets website, her scruffy but lovable mug captured the attention and hearts of Bob Jansen and his wife Karen Hake. Not only did they adopt Cannoli, but they were so inspired by Christina and Rockwall Pets that Karen has become a foster volunteer.

“The dedication and determination Rockwall Pets has to help our homeless pets is just amazing,” says Karen. “Whenever I look at Cannoli I can’t help but be grateful to them for saving her life.”

Donate and help us support our partners across the U.S.