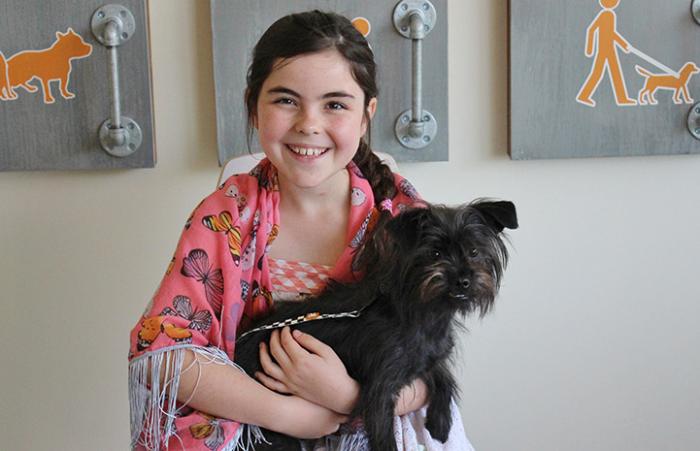 Stormy the terrier mix keeps a girl’s anxiety at bay 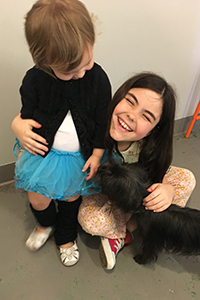 The storms that roll through Atlanta during the spring and summer months make the surrounding Georgia countryside gorgeously green, but for nine-year-old Eden Mew, all the storms do is make her worry.

At the first clap of thunder, Eden’s legs begin to feel weak and her heart starts to race. Anxiety can be relentless, so even when the sun is shining, Eden is apt to worry about the next time she’ll need to brace herself for stormy weather.

After a recent spring storm that was so strong it knocked down part of a tree in her family’s front yard, Eden was left particularly shaken. Her parents knew it was time to seek help to find a way for Eden to feel calmer during the storms.

The best medicine, the pediatrician told them, wouldn’t come from a pharmacy, but rather at a place like the Best Friends Pet Adoption Center in Atlanta. A dog was just what the doctor ordered.

A dog who can help a girl face her anxiety

The Mew family already had three adopted dogs, and while they all love Eden, she needed one who could anticipate her anxiety and comfort her when she got scared. Most recently, the family had adopted a miniature pinscher from the pet adoption center, and that’s where Eden returned with her mom, Catherine, to find her new companion.

When they arrived, they discussed Eden’s needs with adoption specialist Gregory Bechtol, who had just the dog in mind ― a puppy who had very recently been brought back to the adoption center by a family who deemed him just a little too energetic for their lifestyle. This dog, Gregory thought, would do well in the bustling Mew household, where his exuberance would serve him well. And you can’t overlook that he already had the perfect name: Stormy.

“As soon as Stormy saw Eden, he made a beeline for her,” says Gregory. “There was a lot of tail-wagging.”

Gregory left Eden and her mom alone with Stormy so they could get to know each other better, and by the time he returned, a bond between Stormy and Eden had already formed. They left that night without Stormy to think things over, and the next day, returned with their three dogs in tow. Stormy fit right in with the rest of the pack.

Learn about Best Friends in Atlanta 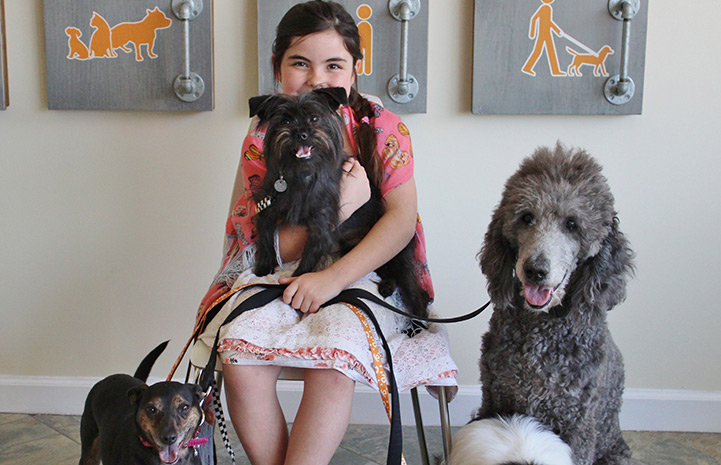 No more worry when it rains

“He’s been wonderful for Eden,” says Catherine about Stormy. “It’s like he just knows what to do to help her when she’s scared.”

As soon as Stormy arrived at his new home, he became Eden’s shadow. At night, he sleeps at the foot of Eden’s bed, and on rainy ones, he’ll come closer to her so she can put her arms around him.  When Eden strokes Stormy and looks into his eyes, she feels much calmer and can even fall asleep to the sound of the rain outside her window. 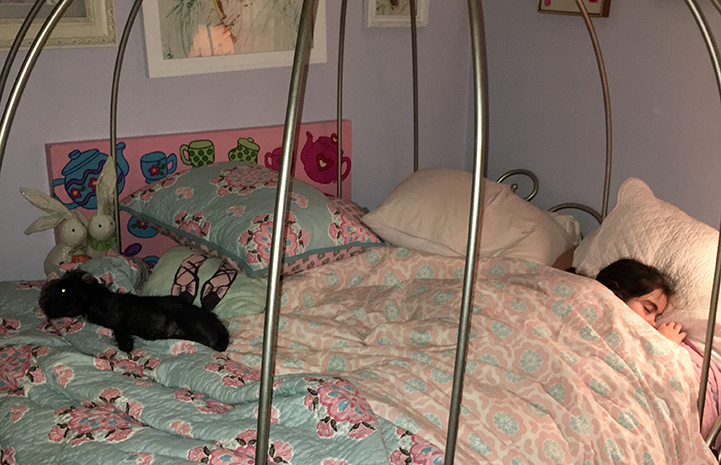 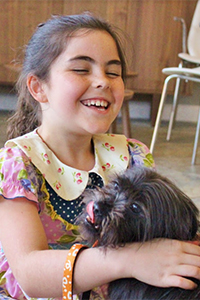 Eden loves learning, and she knows that when you give love, you get love. That’s why she’s begun training her puppy with the help of videos she’s found on YouTube. Turns out, Stormy loves learning, too, because he’s now able to follow the cues Eden has taught him.

“He sees how much I love him, and that he can trust me,” says Eden. “And so he wants to give me love back.”

Just thinking about Stormy helps Eden feel safe and secure. When it starts raining while she’s at school, all she has to do is imagine herself looking into her dog’s brown eyes to know that everything will be OK.

“I feel like my heart has grown bigger,” says Eden of her life now that Stormy is in it. “I used to feel like I was my anxiety, but now I know I can handle it. Stormy has changed my life.”

Donate and give dogs like Stormy a brighter forecast