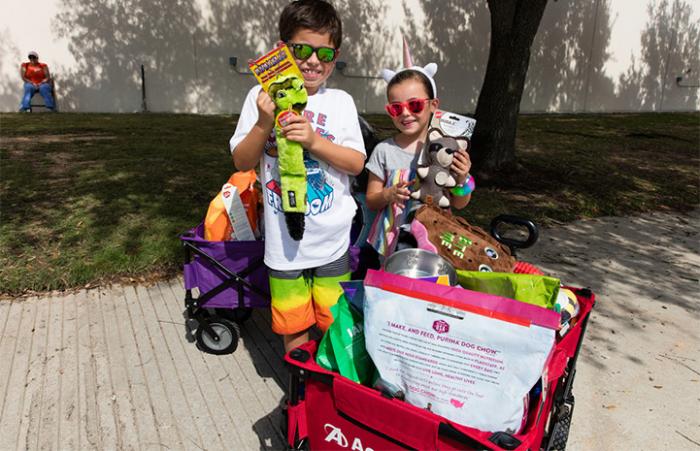 The old adage is that if you wish out loud, you lessen the likelihood that it will come true. Mikko Meldrum proved that wrong when, on his ninth birthday, he told his friends and family that he wanted to help lost dogs and cats after Hurricane Harvey.

Mikko decided that instead of receiving birthday gifts for himself, he wanted to donate supplies for animals affected by the storm.

Wise beyond his years

“When I knew that Hurricane Harvey was coming in and I saw that the pets had lost their homes, I really felt bad for them,” Mikko says. “So, I decided I would make a change for my birthday and give them some pet food.” 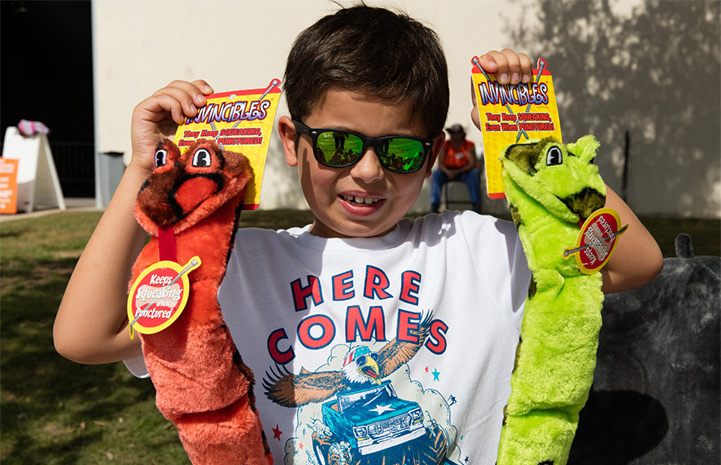 Mikko’s wish was granted, and donations of food, toys and other much-needed supplies started rolling in. Mikko’s seven-year-old sister, Suleha, and their parents, Eona and Michael, gathered up all the gifts and delivered them to the Pet Reunion Pavilion at NRG Arena, a temporary home away from home for displaced pets. The Pet Reunion Pavilion is a partnership among Best Friends, Harris County Animal Shelter and Houston PetSet that has provided a place of refuge for 500-plus dogs and cats affected by the storm.

During his visit to the pavilion, Mikko saw firsthand how many lost pets are being helped through his generosity.

“I just want them to get their homes back. I feel really bad for them,” he says.

What you can do to help pets displaced by Hurricane Harvey

Another visit to help the animals

For Mikko and Suleha — kids driven by a desire to make the world a better place — that one generous act was not enough. Since their first visit, they’ve returned to NRG Arena with their mom to volunteer by making dog "pupsicles" and by stuffing peanut butter and dog treats into Kongs for dog enrichment.

With gloved fingers, the children mushed banana pieces into ice cube trays and added peanut butter, dog kibble and carrot sticks (for handles). They giggled about whether or not dogs like vegetables, and Suleha mused that the dogs would think: "It's very nice of those kids to make pupsicles for us."

Eona says they both love animals, so anything having to do with being near animals or helping them is close to their hearts. "Mikko is a sweet kid," she says. "He is sensitive to acknowledging need when he sees or hears about it, and is passionate about helping others.”

After the children finished making the treats, they placed the bucket of Kongs and the ice trays in the freezer. "In Houston, it's hot," Mikko said. "We like to have popsicles, and so do the dogs!" 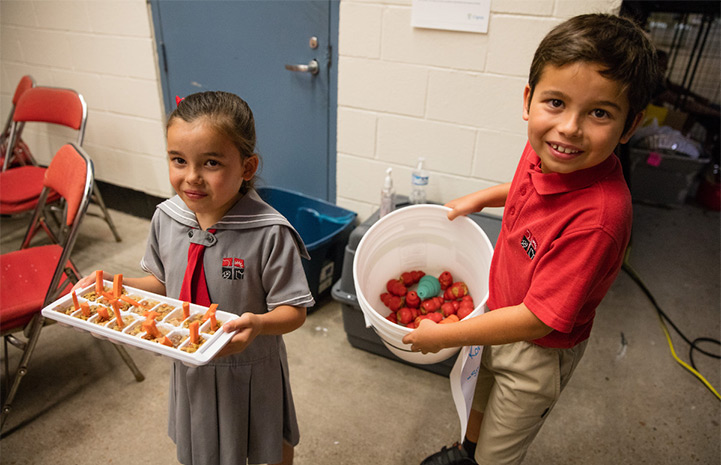 Eona says the family has discussed setting up a lemonade and cake pop stand to raise money for Best Friends hurricane relief. And they have already inquired about when they could return to NRG Arena to make more treats for the dogs. "As a parent, I truly believe it is such a privilege to help raise children who are sensitive to the needs of others," she says.

Clearly, compassionate children can only grow up to make our world a kinder place.