Image
Fostering a dog or cat saves a shelter pet's life, but that's not all. Learn about all the benefits to the animals and to the volunteer foster person.
By Arin Greenwood

Melissa Lipani remembers with affection all the foster dogs who have come through her home. There was Luna, a silly dog who liked to be carried in a backpack on hikes, and Minnie Moo, a charming bulldog. Ruby Squeakers was a puppy with a broken leg, and who could forget Dually, an elderly pug. Melissa, a Best Friends Network specialist, has fostered nearly 100 dogs in the last decade and, she says, “I literally fall in love with each and every one of them.” 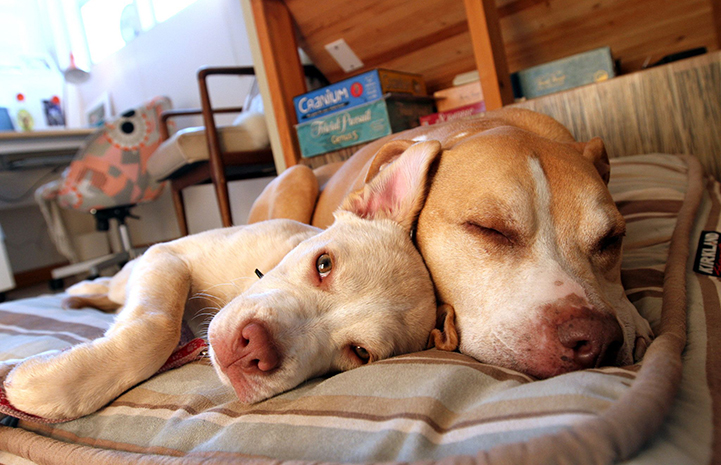 It’s not just for fun that Melissa and her husband, Adam, who live in Salt Lake City, open their home to foster pets. It certainly is fun, but the main reason they do it is to save animals’ lives. Melissa and Adam get their foster animals out of situations where they might face death. In the couple’s home, the dogs are crate-trained and house-trained, and taught to respond to basic cues, plus they are treated to plenty of socialization time with both other dogs and humans. Melissa says, “We work with all of our foster dogs to give them skills to be more adoptable.”

Foster a dog or cat, save a life

For LifeLine Animal Project in Atlanta, Georgia, a robust foster program is one of the main factors that’s helping to bring the city to no-kill. In February, LifeLine announced on its website that its two public shelters were saving between 85 and 89 percent of animals, up from 39 percent at one and 61 percent at the other just five years ago. (The threshold for no-kill status is a save rate of 90 percent.)

“Fostering definitely plays a huge role in us being able to hover at around no-kill rates. It is a huge piece of the no-kill equation puzzle,” says LifeLine’s spokesperson, Karen Hirsch. “Fostering is a great way to save lives.” 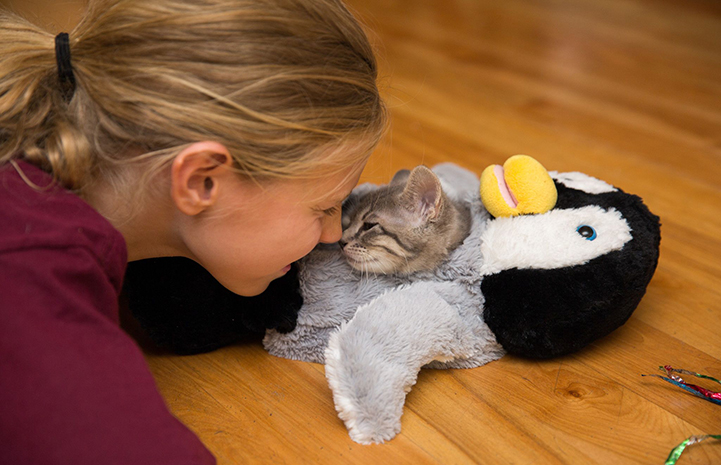 Simply put, foster families save lives in a whole lot of wonderful ways. First and foremost, of course, a dog or cat in a foster home is not occupying a kennel at the shelter, leaving that kennel available for another animal -- and that alone has the potential to save both their lives.

Second, foster homes provide great benefits for types of pets who find the shelter environment especially challenging. Pregnant moms need a quiet, calm place to give birth, and puppies and kittens are vulnerable to illnesses they may pick up at the shelter. Other animals who benefit from foster care include pets who have been in the shelter for a while and are becoming depressed, and those who have been overlooked for adoption and need a foster family’s help to get some extra exposure. 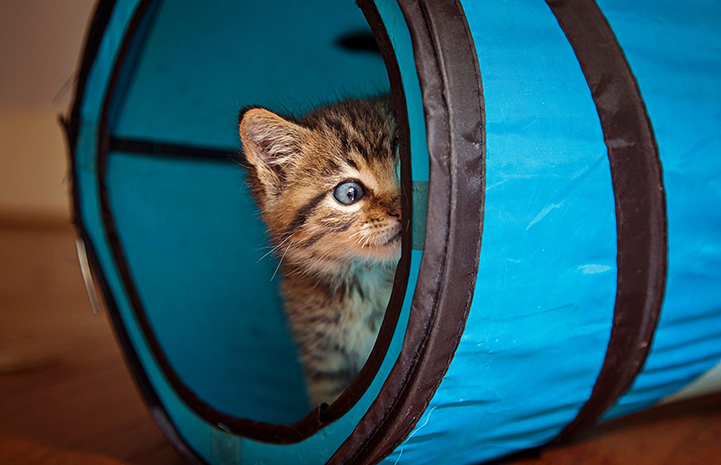 The SPCA of Texas, in Dallas, has a pilot foster program for, as spokesperson Maura Davies puts it, “dogs with difficult pasts.” These are largely dogs brought into the shelter by the animal cruelty investigations unit. The dogs have been rescued from cruelty or hoarding situations, so they are often shy, scared and unsocialized when they arrive.

The dogs sometimes have to stay at the shelter for several months, while they are the subject of legal proceedings. Maura says, “We try to make their experience here as comfortable as possible. They receive medical care, TLC and behavioral enrichment from staff and volunteers, soft bedding, toys and more.” But despite best efforts, the shelter environment can be stressful, and the dogs need a lot of help learning to simply be pets, and to trust humans. That’s where fostering comes in.

“This program is unique in that it provides a second chance to those who may not get one elsewhere because of the length of time needed to rehabilitate shy and fearful pets,” Maura says. “This is absolutely a lifesaving program.”

In Los Angeles, another city that is a hair’s breadth away from reaching no-kill status (thanks in part to Best Friends’ nursery for kittens who would otherwise face certain death), kitten foster families are helping to close the gap. “In 2017, the Best Friends kitten nursery took in more than 3,000 kittens,” says Elizabeth Pashley, volunteer engagement manager for Best Friends in Los Angeles. “We typically send about 50 percent of our nursery kittens into foster homes, which means we sent over 1,500 kittens to foster care last year. We would not be able to rescue as many kittens as we do without the help of foster volunteers.” 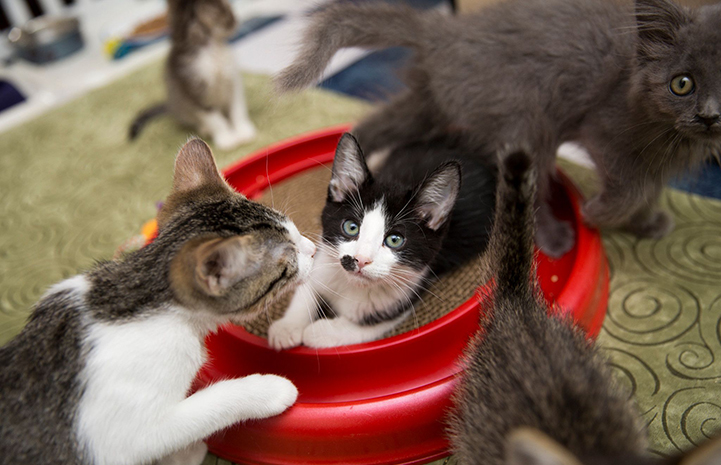 About a million and a half animals are dying in America’s shelters every year; that’s more than 4,100 every day. Tawny Hammond, the Midwest regional director for Best Friends, spends her time working with shelters to assist them in saving more of those lives, as part of Best Friends’ push to end the killing nationwide by 2025. One of the key ways that Tawny and the other regional directors help is by encouraging shelters to develop foster programs, starting with a basic program and then expanding it to include a roster of emergency foster families who can step in when the shelter is getting full.

After that, there’s no limit to the types of fostering programs that can be successfully developed and implemented. For example, short-term fostering is growing more common, with some shelters asking folks to foster for a weekend, or over the holidays, or even just for an afternoon. Lost animals, or those displaced from their families during natural disasters, can go into foster care while they wait to be reclaimed or go up for adoption. In fact, that was the case for many of the pets rescued after Hurricane Harvey last year. Tawny envisions a world in which animals are hardly ever kept in shelters; instead, most pets brought to shelters would either go into foster homes or be given resources to allow them to stay in their original homes.

Foster programs are winners in every respect: They are inexpensive to implement, achieve the goal of not killing animals just to make room for others, and get pets into home environments where they can thrive. They also involve the community in saving lives. “The notion of not killing pets for convenience or to make space is a community ethic and value, and fostering is a super-duper way to get the community actively involved in that ethic,” Tawny says.

For some people, fostering is simply the right thing to do. That’s how it is for Royce Chang, a volunteer for Los Angeles’ Angel City Pit Bulls, a rescue group that focuses on pit bull terriers, who are some of the most vulnerable pets in L.A.’s shelters. Royce is so dedicated to fostering that in 2013 she moved out of her two-bedroom apartment and bought a house to be able to do more of it. Now that’s dedication. “I’m from the city. I’ve always lived in an apartment or high-rise, and I never wanted a house,” Royce says.

Royce puts the number of dogs she’s fostered through the years at 227. They have done as much for her as she has for them, she says, helping her to become a more compassionate, empathetic, nonjudgmental person. 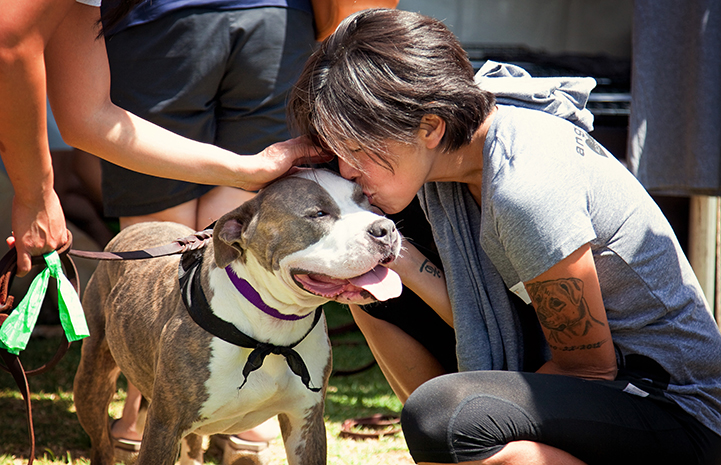 Loving a foster pet until the end

Sometimes the way that foster families help is by giving elderly or terminally ill pets a loving home in which to live out their lives. Neely Conway, LifeLine Animal Project’s digital marketing manager, has experience taking in these foster hospice, or “fospice” pets, animals who, for health reasons, don’t have much time left.

In the winter of 2016, Neely brought home an old dog named Sasha. She was dying of heart failure because of advanced heartworm disease and was terrified in the shelter. Sasha was expected to live only a few weeks, and Neely wanted them to be good, so she compiled a “bucket list” of sorts for Sasha. It wasn’t fancy: Items on the list included being an inside dog and getting the hang of cuddling. The most significant item was that Sasha would experience what it’s like to part of a family. 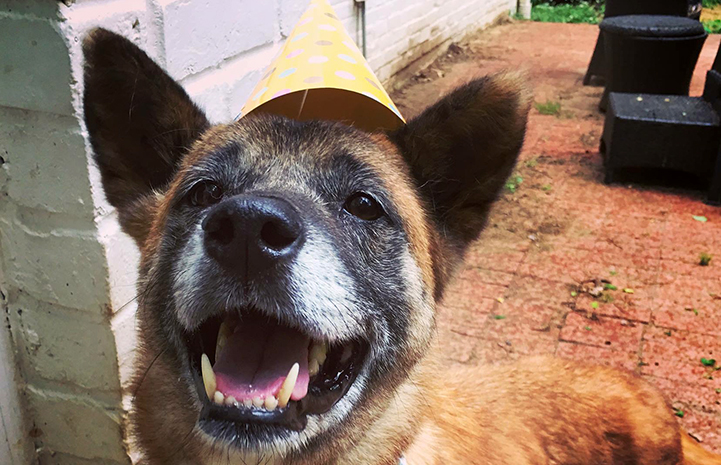 Sasha blossomed under Neely’s care, learning to trust and to play. Sasha even overcame her reluctance to accept physical contact, and learned about the joys of cuddilng. “She ended up being with us for six months, and it was such an incredible transformation,” Neely says.

When Sasha died, Neely was emotionally wrecked, but like Sasha, she was also transformed. She had been inspired by Sasha -- by how blissful the dog’s life had become, after being so broken when they first met. Neely realized that if Sasha deserved a chance at happiness, so did others. “She really did change everything for me,” Neely says. “When she passed, I was heartbroken, but I knew I wanted to do it again.” This past winter, when another dying elderly dog (coincidentally, also named Sasha) arrived at the shelter, Neely immediately volunteered to be her “fospice” mom. She says, “I let myself fall hard. That’s OK. It’s always worth it.” 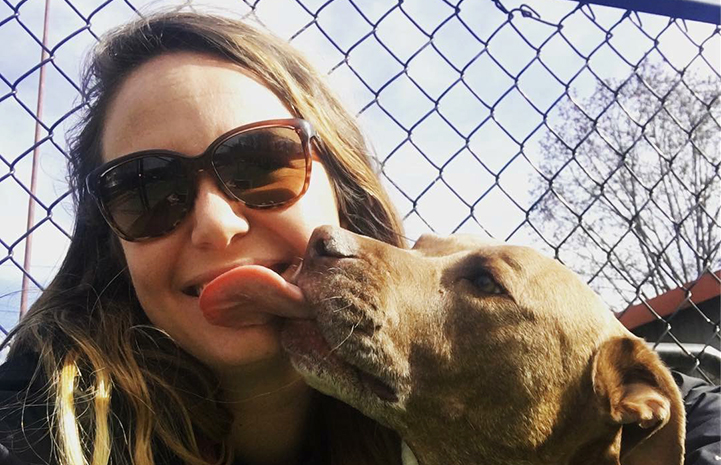 Melissa Lipani, too, says that fostering has changed her life for the better. She has so much fun with her foster dogs, and gets so much pleasure from sending them off into wonderful new lives. “As hard as it can be to let them go, I think of how enriched our lives have become because of the fostering experience,” Melissa says. “It becomes addictive. I often say I’m going to take a break, but soon, I’m excited to help the next one. It’s a beautiful cycle, full of emotions — and worth every one.”