Image
Read 19 fun facts about potbellied pigs (for example, they are very affectionate) to celebrate the Year of the Pig.
By Christelle L. Del Prete

New Year’s Day has come and gone in the U.S., but the Chinese New Year is celebrated on February 5, and 2019 is the Year of the Pig in the Chinese zodiac. Here at Best Friends Animal Sanctuary, we’re not only honoring the potbellied pigs who live at the Sanctuary, but we’re also honoring potbellied pigs all over the world. To ring in the Year of the Pig, the folks at Marshall’s Piggy Paradise — the place where pigs live at the Sanctuary — have put together some fun facts (19 to be exact) about our piggy pals. 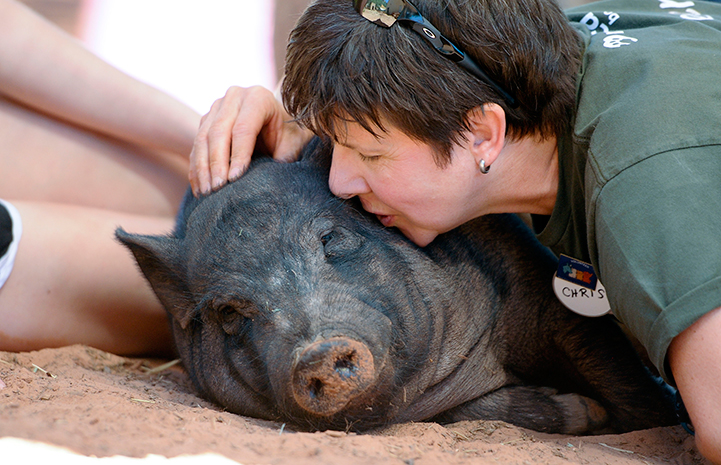