Image
Friends of Strays in Florida helps a street dog find a home with a woman who is involved with SailFuture, a residential program for teenage boys.
By Arin Greenwood

Being part of the Best Friends Network gives animal welfare groups all across the country the tools they need to save more lives and the chance to work together to Save Them All.

Best Friends has network partners in every single state, and all of them are saving lives daily. We never get tired of hearing their stories, and that’s why we want to share them with you, too. So today, we're proud to present one from Friends of Strays in St. Petersburg, Florida.

Stray dog has an old soul

A dog who was once homeless on a Caribbean island has sailed into a dream life that includes sharing a big waterfront home in Florida with a group of at-risk teens who adore him and are learning to sail as they prepare for their own bright futures.

In mid-May, Henry came to the Friends of Strays animal shelter in St. Petersburg, Florida.

He'd been found on the streets of the island of St. Croix in the U.S. Virgin Islands. Thanks to a longstanding partnership between Friends of Strays and The St. Croix Animal Welfare Center, Henry was able to come to Florida, where he had better prospects of being adopted.

The little brown puppy was very shy when he arrived, but the shelter staff was still smitten and determined to find him a home where he'd have the chance to really thrive.

"We knew he was adorable, snuggly and deserved an understanding home to help him discover what life is like as a dog," says spokesperson Jami Pressman. "We always talked about how he seemed to have an old soul." 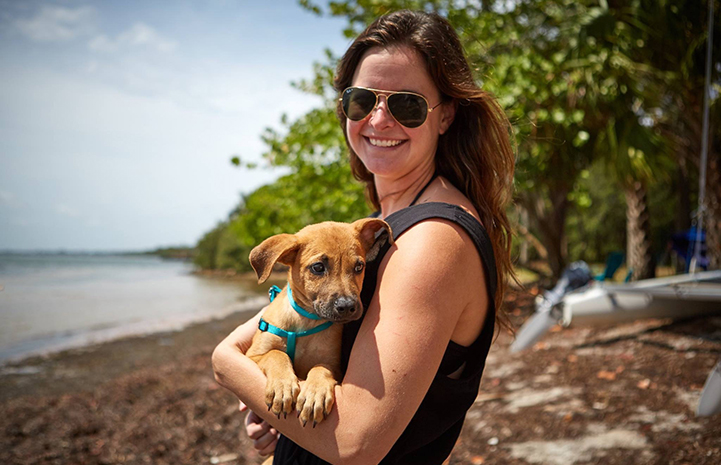 That perfect home came quickly. Just three days after Henry arrived at the shelter, he walked out with Madeline Manlove.

Madeline is not only a dog lover, but she is the education director at SailFuture, an innovative residential program for teenage boys in the foster system that combines education and mentorship with learning to sail.

Madeline had been looking to adopt a dog to live at the organization’s big waterfront house, where she and several other staff members live with a half-dozen teens. When Madeline saw a Friends of Strays Facebook post about Henry, she took the SailFuture home's residents right over to the shelter to meet him.

"And none of us could leave him there," she says. 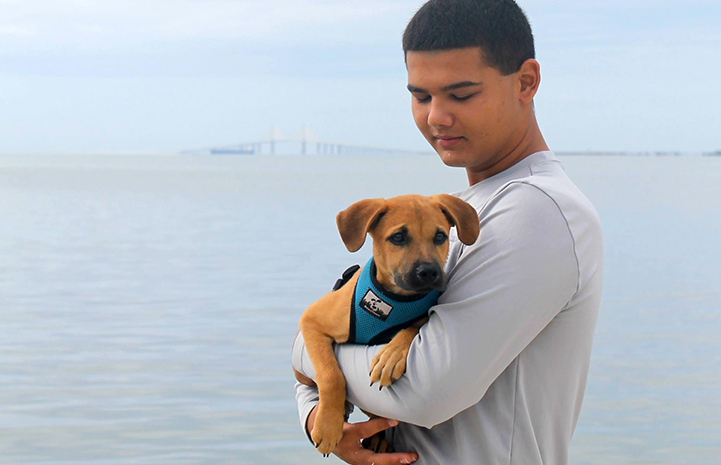 A new home with plenty of love

Henry's name is now Scooby. He can still be shy and nervous around new people, but in the last few months, Madeline says, "He's been slowly opening up."

Scooby now spends all day in the classroom with his people, then takes turns at night sleeping in bed with each of the SailFuture residents. While he often favors being a beach bum, Madeline says Scooby enjoys some short sailing trips, too. And it's likely he'll join the group for a three-month trip around the Florida coast this fall, on a 65-foot boat fittingly called Defy the Odds. 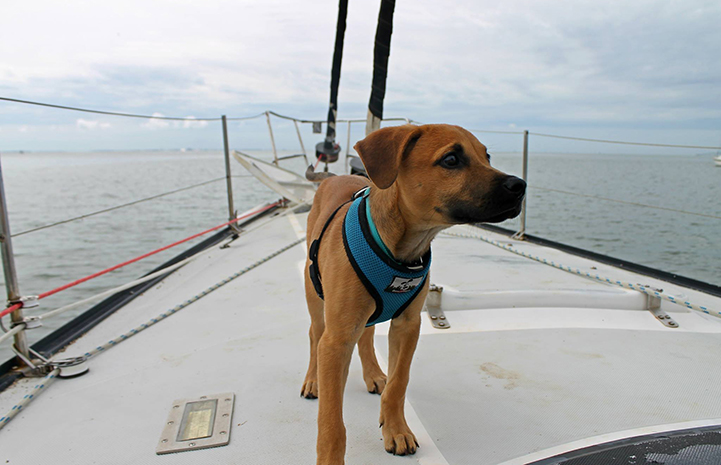 It's a situation that Jami says is "perfect" for Scooby, because with all the attention and adventure, he can truly blossom.

It’s equally wonderful for both Scooby and the students and staff of SailFuture.

"We're all about second chances and building lasting, meaningful relationships," says Madeline. "Having a pet — specifically one who was given a second chance — fits in with that mission. Scooby has become part of the fabric of our daily lives and is a comfort to the boys." 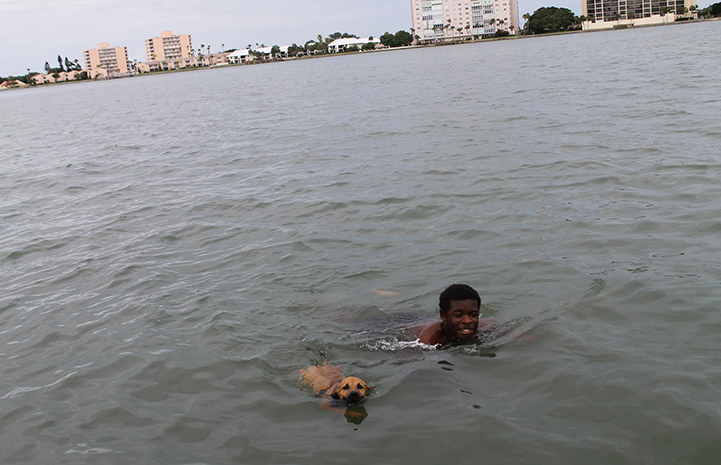