Image
Big orange tabby cat, with a great personality and who is positive for FIV (sometimes called by misnomer ‘feline HIV,' is adopted into a forever home.
By Nicole Hamilton

Cats with FIV can live happy, healthy lives for years, and the virus is very difficult to spread to other cats. A simple blood test is the only way to find out if a cat has it, and while there is no treatment for FIV, it can be effectively managed with good veterinary care. Learn more.

When you walk into the lobby at the Best Friends Pet Adoption Center in Atlanta, one of the first things you’ll see is a large adoption room. That’s where Horatio, a big orange tabby cat, took full advantage of the room’s prime location. When visitors spotted Horatio, they’d usually stop in to meet him and pet his ultra-soft fur, and when they did, Horatio greeted them like the personable guy he is.

Sometimes Horatio would extend his giant paw to his new friends, other times he’d roll around on his back as an invitation to play with him on the floor. But even though Horatio was content at the pet adoption center, what he really deserved was a family who appreciated his fantastic personality, and who weren’t intimidated by the three letters on Horatio’s bio: FIV. That means he has feline immunodeficiency virus, but it doesn’t mean he can’t enjoy a very long and happy life. He just needed the right person to come along. 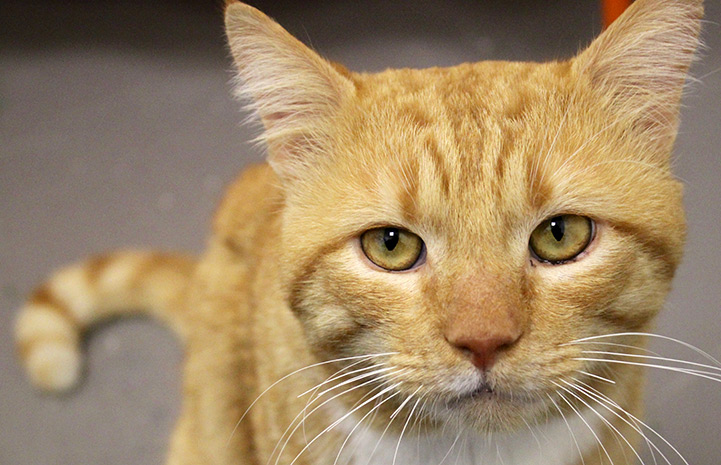 A second chance for a cat with FIV

Horatio was found as stray and brought to a municipal shelter before coming to Best Friends in Atlanta. Because large municipal shelters often lack resources and space, cats like Horatio with FIV can have a challenging time getting adopted, simply because of their health status. So Horatio went to Best Friends, where he’d be given as much time as he needed to get adopted.

When Horatio first arrived at the pet adoption center, all he wanted to do was cuddle up on someone’s lap. But who could blame him? He had a bad upper respiratory infection and was missing several of his teeth, which caused him pain. But even though Horatio didn’t feel well, he still purred softly while getting petted. That’s Horatio for you: He’s a glass-half-full kind of guy.

Soon, Horatio’s health improved and he moved into the big room in the front of the adoption center. There, he had cubbies to hide in, toys to play with, and a big window where guests could watch him have fun.

On some days, Horatio got to hang out in the office with Best Friends staff. Usually he’d sits quietly next to someone who was working, but he likes to shake things up from time to time and let his playful side show. Even in his most rambunctious moments, he was known as one of the only office cats who never sat on anyone’s keyboard. And that’s a rare skill for a cat.

As much as the staff loved Horatio, they hoped he’d find a home soon. That day finally came when a young couple spotted him on the Best Friends website and knew he was the one they’d been looking for. And those three letters (FIV) didn’t faze them at all. 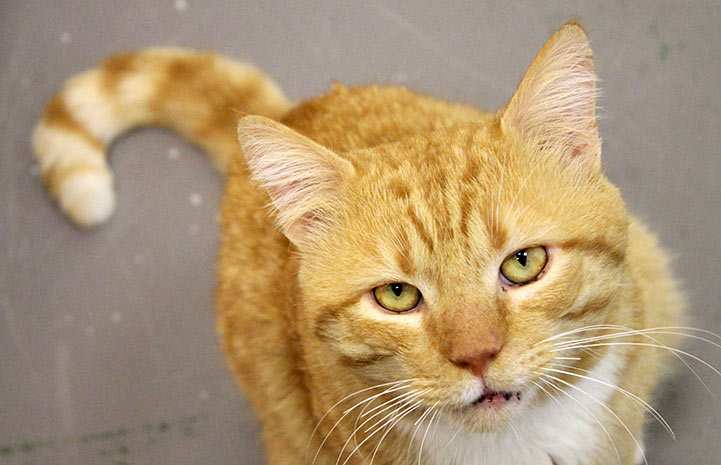 Callie Tucciarone, a piano teacher, wanted a cat to keep her company between lessons during the day. Her husband Matthew had grown up with some pretty assertive felines and just wanted a cat who was laid back and gentle. One of Callie’s students had recently adopted a pet from Best Friends and suggested they check out the website.

The couple fell in love with Horatio as soon as they saw his picture and read his story. And since he was in the front adoption room, he was the first cat that Callie and Matthew saw when they arrived at the center. “This is it. That’s him,” Callie said when she saw him. “That’s our cat.”

Meredith Bowen, adoption specialist at the center, helped Callie and Matthew through the adoption process and had a good feeling about Horatio’s new home and family. “Horatio is a great sidekick,” says Meredith, “and when his adopters came in I knew he’d be the perfect fit.”

Learn about Best Friends’ work across the country 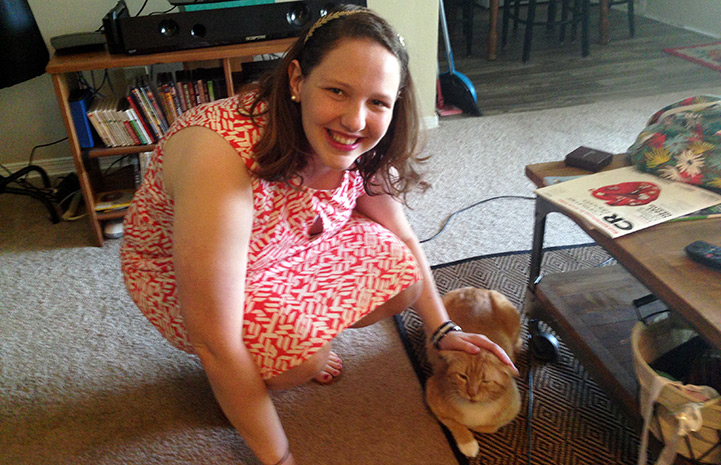 How a cat makes a household more fun

Callie and Matthew were pretty sure they had adopted a rather stately and stoic orange-haired gentleman, and most of the time, that’s who Horatio is. But he has surprised the couple with his playful side, which they consider a bonus.

In the mornings, Callie and Matthew are apt to find that the furniture has been rearranged. Night time is party time for the mighty Horatio. In fact, Callie recently woke up to find the living room rug in disarray and a chair flipped on its side.

“He has really livened the place up,” says Callie. “We are loving getting to know him.”

As for his FIV status, Callie says it only makes them more proactive. “You should always pay attention to your cat’s health. We’d be taking him to the vet regularly regardless,” she says.

Most days, Callie is just grateful that someone saw Horatio’s full potential and made it possible for him to do just what he’s doing today ― live. And he’s making his family’s life a lot more entertaining in the process.

“His life could have ended much differently,” says Callie. “But someone out there knew he deserved a second chance.” 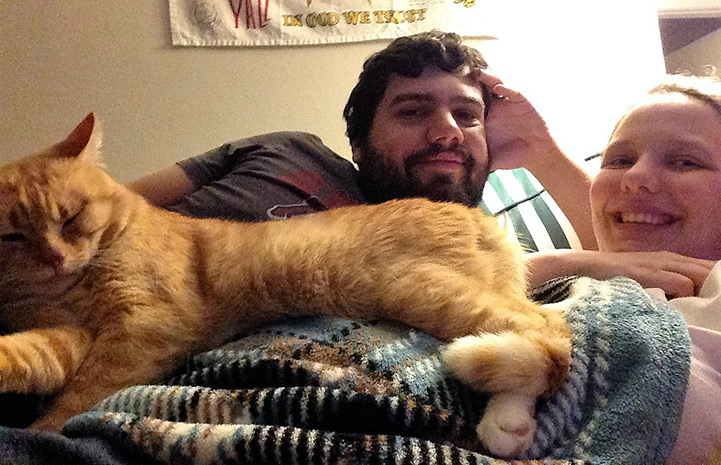