Bonding with a new cat

Image
After losing their cat who had been with them for 17 years, one family is chosen by and chooses a new cat to adopt. They are all bonding well.
By Nicole Hamilton

Kona the cat was an important member of the Borden family for 17 years, so when he recently passed away, it left a void in the house that the family felt every day. The Bordens took some time adjusting to life without Kona, and then one day they found themselves discussing the possibility of adopting another cat .

While everyone was excited at the idea of a new Borden family feline, Lisa Borden had a rule she wanted everyone to follow: Nothing could bring Kona back, and the cat they adopted had to be given the space to be himself or herself, and not seen merely as his replacement.

The family decided to look at adoptable cats on the website of the Best Friends Pet Adoption Center in Atlanta. That’s where Lisa first saw Keoni, a stray who first was brought to the Cherokee County Animal Control shelter before being transferred to the center.

“There was something wonderful about his eyes and his overall look that drew me to him right away,” says Lisa. “He had a very soulful gaze.”

How you can help make the country no-kill by 2025 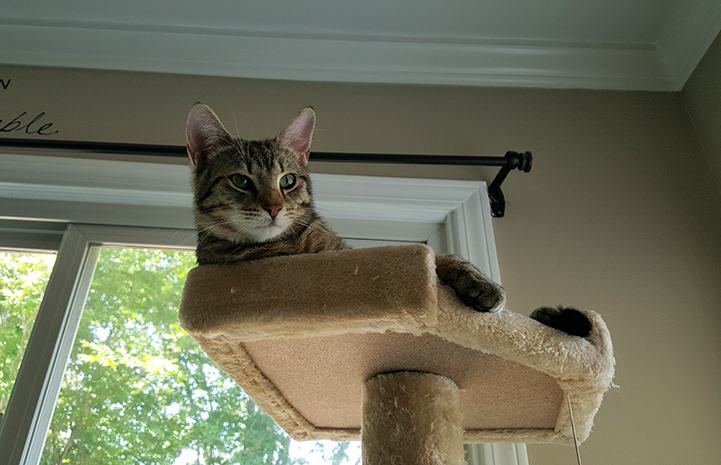 Who says you can’t choose your family?

It’s never easy to tell if someone you’ve met is “the one,” especially if you’ve only seen the cat online; however, Keoni appeared to have no time for games when he met the Bordens. As soon as Lisa and her son sat down, Keoni hopped into their laps and began to purr, thereby ending the Borden family’s search for a new cat. Keoni was the one, as sure as the whiskers on his cheeks.

It was a moment that Lisa had already prepared her son for. “I told him that when both the pet and the potential adopter have a connection, you know that you choose each other,” she says. “When Keoni flopped down on my son's lap and started purring, my son looked at me and we had the aha moment. He was ‘the one.’” 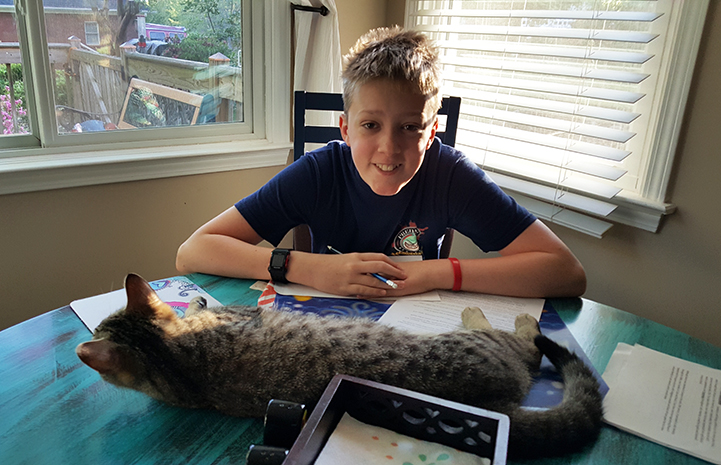 It didn’t come as a surprise to center staff that the Bordens made a quick connection with Keoni, because they had as well.

“He loved to chill outside on the catio and have people join him,” says Nichole Dandrea, Best Friends’ social media and community manager in Atlanta, who also says Keoni loves to be in front of the lens. “He would pose for the camera, do circles around me, rub against my legs then throw himself on the ground for belly rubs.”

Keoni still gets his picture taken on a regular (if not daily) basis. Only now the photos show him comfortable and happy as an important member of the Borden family. He’s fascinated by all the aquariums in the house, the big picture window that overlooks a Koi pond, and the backyard filled with birds, squirrels, chipmunks and rabbits. 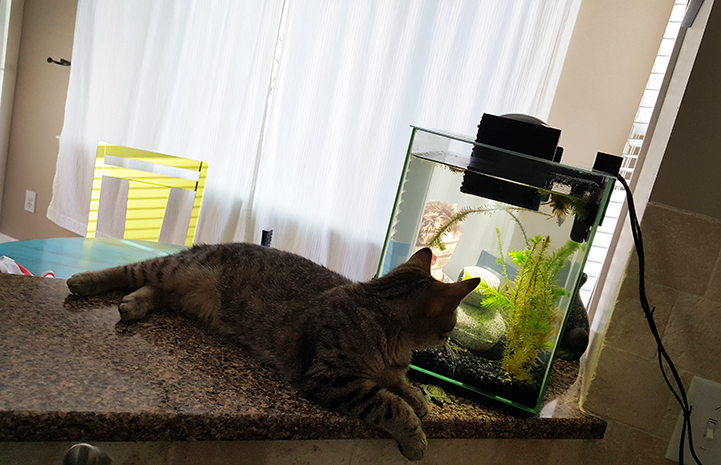 He’s also made friends with the Bordens’ two dogs and loves hanging out with Lisa’s son and his friends. “Most of all, he fits right in,” says Lisa. “It honestly feels as if he has been here all along.”

Every pet is different

The Bordens have stuck to their rule to respect and celebrate what makes Keoni different than Kona. “He loves us for who we are, and we love him for who he is,” says Lisa. “Every pet is different and has something special to offer.” 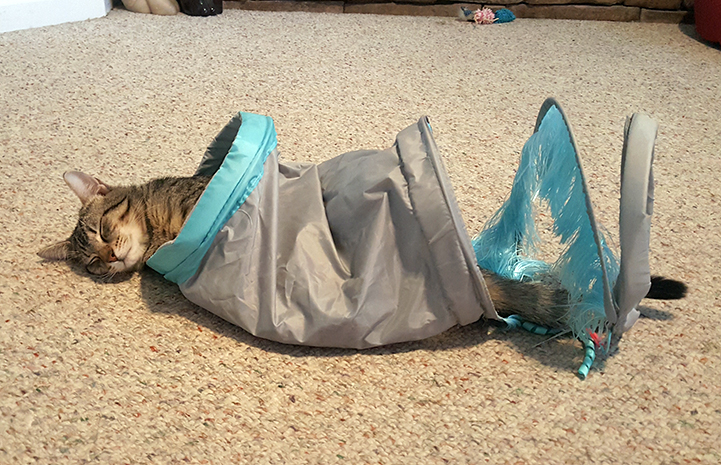 Whenever she hears Keoni running through the halls upstairs chasing his favorite stuffed mouse, she’s reminded that welcoming Keoni into their lives was exactly what was needed for everyone ― including Keoni.

“Both Keoni and my family accepted each other for who we are and the love we could share with one another, without placing expectations on him to live up to the memory of Kona,” says Lisa. “We surrounded him in love and snuggles, and his spirit and purring helped bridge the gap of our heartache.” 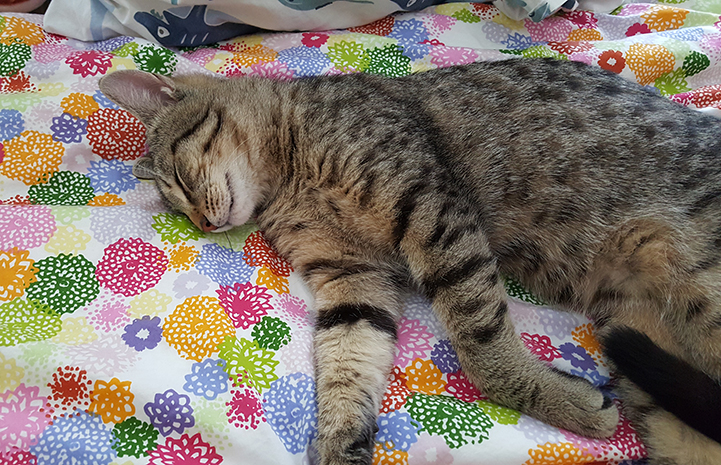