When the Fulton County Fire Department was called to a house fire in Atlanta recently, the firefighters couldn’t believe what they saw as they entered the home. Nearly 90 frightened dogs peered back at them when they opened the door. The dogs were of various ages, some were pregnant, and all were very frightened.

The firemen were able to put out the blaze quickly, but the work to save the dogs from the overcrowded conditions in which they’d been living had only just begun.

Fulton County Animal Services stepped in, and the property owners relinquished the dogs. LifeLine Animal Project, a Best Friends Network partner, manages animal control in Fulton County, and the organization quickly got to work finding safe placement for the dogs. With so many dogs who all needed help immediately, it was no small task. 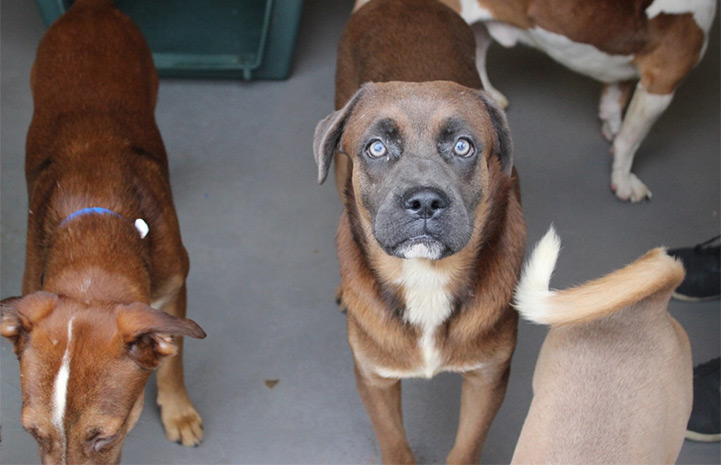 The Fulton County shelter is nearly always full, so to make room for the nearly 90 dogs from the fire — and to keep Atlanta moving steadily in the direction of becoming a no-kill city — LifeLine worked quickly to find foster homes for dogs who were already at the shelter.

Other dogs rescued from the fire went to rescue organizations across Atlanta, including nine who went to the Best Friends Pet Adoption Center in Atlanta. “Best Friends stepped up to help at a crucial time,” says Karen Hirsch, public relations director for Lifeline Animal Project.

The dogs who came to the Best Friends center from the case were confused, shy and understandably overwhelmed after all they’d been through. The good news was that they were all in relatively good physical health. It was their lack of socialization that would require extra attention, but the dogs were met with kindness from everyone at the adoption center. “Our team does great work with shy dogs,” says Laura Linneman, adoption center manager. 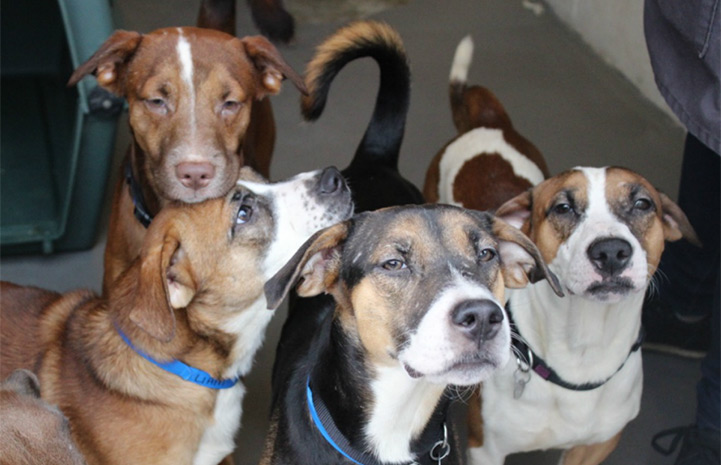 Little by little, the dogs began to feel better. As they started to relax, gaining confidence as they felt more safe, their true personalities began to emerge, revealing just how sweet and gentle they are. Lip, a sweet tan and white dog, stood out at the center as one of the most friendly and outgoing of the crew. Once he felt safe, all he wanted to do was cuddle up in people’s laps and give everybody kisses. Liam and Chris Farley were a little more shy, but warmed up to people quickly. Plenty of treats helped them let their guard down. 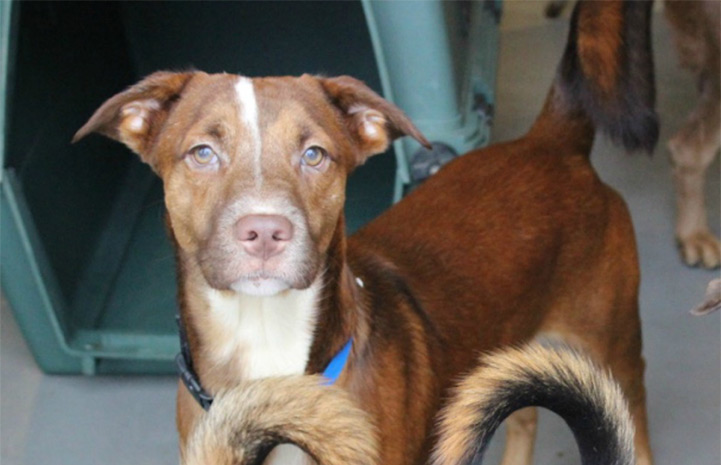 Once the dogs were cleared medically and spayed or neutered, staff began to introduce adopters to them. So far, three of the dogs (Liam, Chris Farley and Lip) have been adopted and the others are sure to follow in their paw prints soon.

Laura says, “The community really came together to help these dogs, and we all want to see them go to loving homes.”

Help Save Them All