A grumpy, itchy cat isn't everyone's dream pet, but Betsy is just what her adopter was looking for.
By Diane Barber 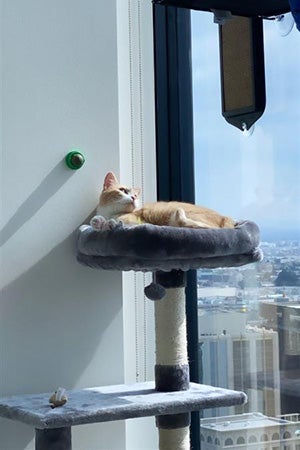 Betsy, an adorable, sassy former street cat from Los Angeles, is very proud of her new apartment. It has great views, perches in every room, a luxury suite just for her, an endless supply of toys and good neighbors, including her new BFF, who just happens to be a huge pink poodle. Best of all though, is Betsy’s roommate, Nella Dudova, a recent transplant to Los Angeles who, thanks to Betsy, is starting a new life in a new country with her animal soul mate by her side.

A kid with a thing for cats

Nella grew up around animals and although she lived in the urban center of Prague, Czech Republic, she spent most of her summers and free weekends on her sister’s farm just outside the city. The farm was home to animals of all sorts, among them cows, horses, dogs and a healthy population of cats.

While she enjoyed the company of all the farm animals, Nella naturally gravitated towards the cats — indoor cats, outdoor cats, feral cats, old cats, young cats and tiny kittens. She loved them all. At age 10, she helped birth her first litter of kittens and it wasn’t long before her family and friends began referring to her as the kitten whisperer. “I spent all my free time enjoying farm life and helping out,” Nella says, “and when I would walk outside, the cats would just swarm around me.”

Since her home in the city was located in an area that wasn’t conducive to pets, Nella never took any of the farm cats home to live with her, although she admits she was often tempted. She always knew, though, that when the time was right and the setting was appropriate, she would find an animal companion to share her life with. 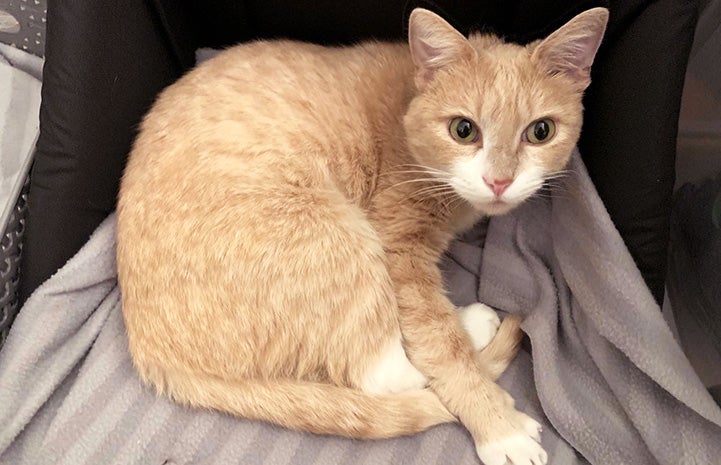 The search for the perfect cat roommate

In the fall of 2020 in the middle of a global pandemic, Nella embarked on a grand adventure. She packed her things and moved 5,492 miles away from the farm she knew and loved to Los Angeles to attend film school. She found a nice apartment and was excited about school and the new experiences in store for her in L.A., but something was missing. “I’m just one of those people who feels kind of empty without an animal around,” says Nella. “I knew I wanted a cat to be my roommate.”

Nella spent a little time each day researching shelters and she came across Best Friends online. “I really like what the organization stands for, and when I called, I really liked the people I talked to.”

Nella told the Best Friends team that she was most interested in hearing about cats that needed a little boost. She wanted to know who the oldest cat was, did they have any animals with medical needs and which cat had been there the longest. “They all seemed really excited that I was asking about some of the harder-to-adopt cats, and they were very helpful,” she says.

Helen Luc, lifesaving and care specialist, had an epiphany after speaking with Nella: She wanted Nella to meet Betsy, a two-year-old ginger-and-white tabby with a pesky, itchy food allergy and a little bit of an attitude. Betsy was picked up as a stray by Los Angeles Animal Services and a month later was transferred to Best Friends Lifesaving Center in Mission Hills.

She had visible lesions on her skin caused by incessant scratching. The medical team worked for months to figure out the best strategy for treating her condition and preventing it from recurring. They ultimately settled on a prescription diet of food formulated for cats with allergies and an oral steroid that would help mitigate the symptoms.

During her time at Best Friends and subsequently in foster care, Betsy made it known that she didn’t like the company of other cats and would have to be adopted by someone who didn’t have any other animals; however, she did love the company of people. After talking to Nella, Helen and the rest of the adoption team thought Betsy would be a good match.

Helen reasoned that Nella, with her years of experience caring for the myriad of animals on her sister’s farm, was well-prepared to manage Betsy’s allergic flare-ups, should they occur in the future. She also sensed Nella’s enthusiasm and level of commitment to adopting an animal. 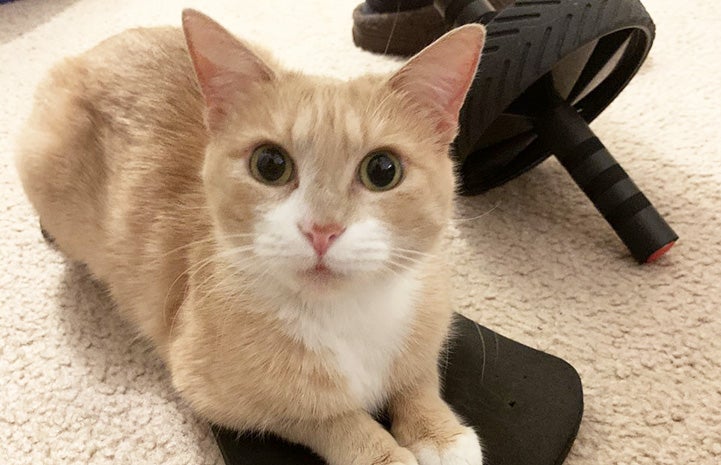 About a week before the Best Friends adoption team sent Nella information on Betsy, a strange thing happened: Nella had a series of dreams about sharing her apartment with a ginger cat. One look at a photo and she knew Betsy was the one. “It was a sign,” she says. “I had been having these dreams about a ginger cat and then I saw her picture. She looked just like the cat in my dreams, and I instantly knew it was meant to be. I thought: ‘Give me that cat immediately!’”

Nella drove to the Best Friends Lifesaving Center in Mission Hills to retrieve Betsy, the kitty who had visited her in her dreams. As soon as they got home, Betsy walked around the apartment like she owned the place. “She was at home the second she walked in. Now it’s like it’s her apartment and she’s nice enough to let me stay here,” says Nella with a laugh.

As for Betsy’s pesky skin condition, Nella says the special diet has worked wonders. “Her fur is amazing. Her skin is amazing. She still eats prescription food but she’s no longer on any medication. She’s doing great.”

Although Nella spent her life surrounded by cats, she says Betsy is something special. When she started looking for a cat to adopt, she wasn’t seeking any specific type of cat. She simply wanted to help a cat who might get passed over, a cat who needed someone and a cat who needed the chance she was ready to provide. She opened her heart and home to Betsy, and as a result, Nella, the recent transplant from Prague, is settling into Southern California life with the cat of her dreams. 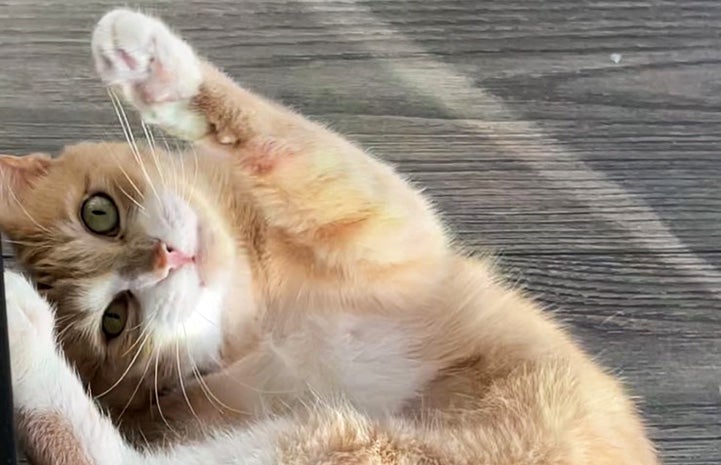 Adopt the animal of your dreams

After a mom dog’s eight puppies were adopted, it was her time to shine