Found in a dumpster, mama dog and her pup now know nothing but love

Image
Woman finds a scared mom dog and her six-week-old puppy, who appear to be Brittany spaniel mixes, in a dumpster. She contacts Best Friends for help.
By Nicole Hamilton

Volunteer Sandy Saffold was cleaning after hours one evening at the Best Friends Lifesaving Center in Atlanta, when she heard banging on the front door and a woman calling out for help.

Kahmelia Sanges was shopping at the grocery store when she heard crying coming from the parking lot dumpster. When she opened its doors, a mama dog cradling her young puppy peered back at her. They looked hungry and scared. She didn’t know what to do, other than go for help right away. The Best Friends Lifesaving Center was just up the street, and Kahmelia drove there as fast as she could.

When Sandy heard Kahmelia’s story about a mama dog and puppy in a nearby dumpster, she rallied the others still at the center that evening. Together, they followed Kahmelia back to the grocery store to pull mama and her baby pup from the trash. 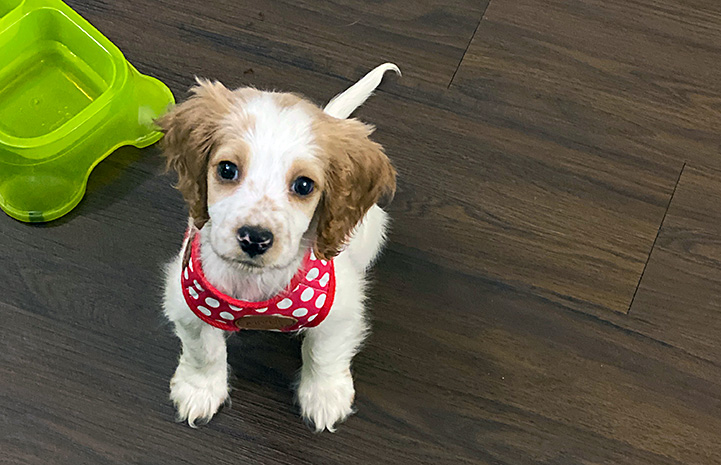 The team got to work that night helping the dogs, who they named Diana and Harry. They may have been left in a dumpster, but the dogs’ lives from then on would be fit for royalty.

Luckily, mom and her approximately six-week-old pup weren’t in bad shape — just a little underweight. The team’s best guess was that their soft, wavy coats and floppy ears indicated they might be Brittany spaniel mixes. What they really needed besides a good bath was rest, plenty of love and a plan.

Best Friends in Atlanta doesn’t take in stray pets. That’s a function of the Cobb County Animal Shelter, an organization partnering with Best Friends to take in dogs and cats when their stray hold is up. But since the shelter was closed when Diana and Harry were found, the team at Best Friends got them settled in for the night and contacted the shelter the next morning. When they did, it was decided that the mama dog and her puppy could stay at Best Friends for their mandatory seven-day stray hold. If no one claimed them, they could be adopted into new homes right from the center, where they were already charming everyone. 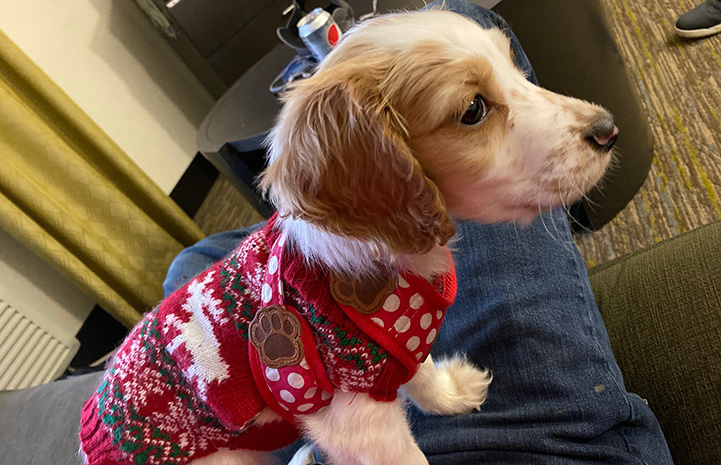 By the end of their seven-day hold, with Harry and Diana only knowing kindness and care from all the staff and volunteers, they began to feel more comfortable around people. Then they were sent to the vet to be fixed, vaccinated and microchipped to get them ready for what they deserved most of all — to be as far away as possible from that dumpster and to be safe and secure in loving homes. It didn’t take long for both dogs to get adopted.

Ashley Terry and her young daughter, Ansley, fell hard for Harry. In fact, the puppy inspired Ansley to sing sweet lullabies to him when she visited him at the center. Ashley adored Harry, too, especially because he made her daughter so happy. She adopted him, and soon Harry was on his way home with Ashley and Ansley.

Diana got a new home with Lane Hammack and her family. The Hammacks had been planning to adopt a dog for Christmas, but as soon as they met sweet Diana and learned how she was found, they decided that she needed a Christmas gift: becoming the newest member of the Hammack family. 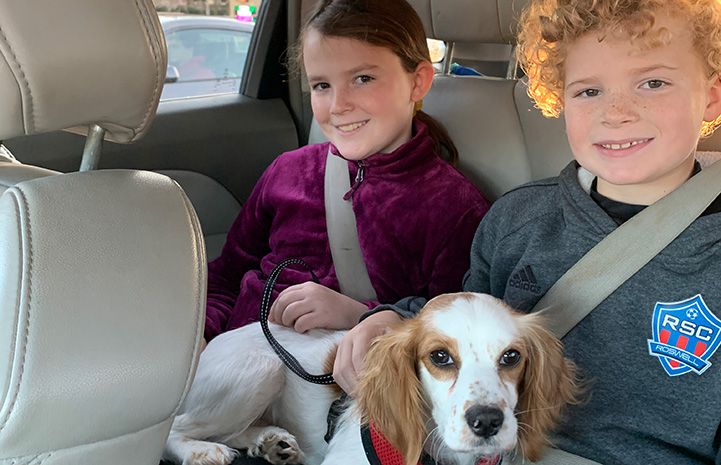 Today Diana and Harry are getting so much love. They’ve come a long way from the day they were found in the trash. And although you could say they’ve finally found their very own palaces, the two no longer share names with members of the royal family across the pond.

Diane’s new name is Penelope, or Penny, while Harry answers to Benjamin Bean, or Bean for short. He also goes by Cuddle Bug and, if the moment fits, Crazy Little Man. These days Bean is busy stirring up all kinds of puppy antics that thrill Ansley and make her simply shake her head and smile. 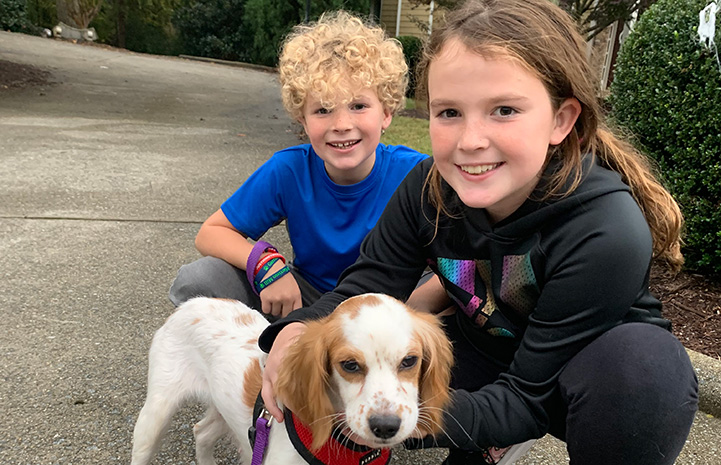 As for Penelope, it was a wonderful surprise when Lane brought her home to her two young daughters. “There’s a new level of laughter and joy in our home that we didn’t even know was missing,” says Lane. “We haven’t been this happy in quite some time.”

Kahmelia, who has since signed up to be a Best Friends volunteer, is overwhelmed with joy that Penelope and Bean are safe and loved today. “I’m just so glad someone answered that door that night,” she says.

Now whenever Sandy thinks back to that night she met Kahmelia and helped save two frightened dogs from a dumpster, she sees a silver lining. “I always say it was their worst day ever, but it turned into the best day ever, too,” she says. 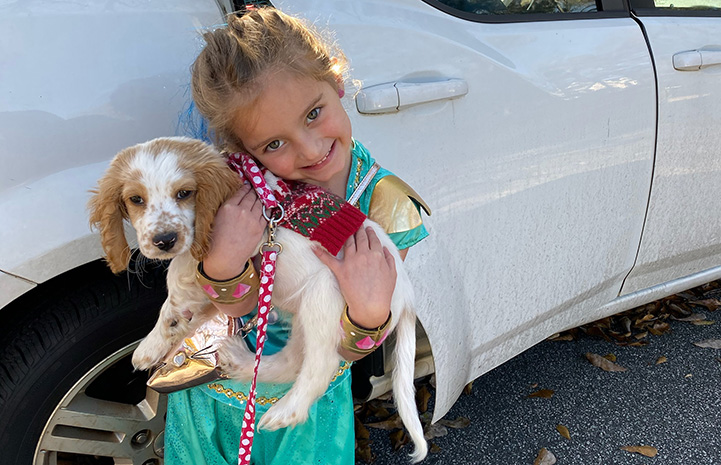