How one couple helps colony cats in Salt Lake City

When Susan and David Trussell wanted to help cats living in a park in their Ogden neighborhood in 2003, they started by reaching out to area rescue organizations. That was the beginning of a tireless effort and a new passion for the animal-loving couple. And thanks to their help, hundreds of cats are living better lives.

Today, Susan and David take care of two large colonies of community cats — one in Weber County and another on their property. They’ve also become stellar longtime volunteers at the Best Friends Pet Adoption Center in Utah, where they’ve also helped recruit and teach others how to help cats.

“They’re always willing to help as much as they can,” says Ashley Wing, community cat manager for Best Friends in Utah, who looks to them for to help with a myriad of different tasks roles that help save cats in the area. 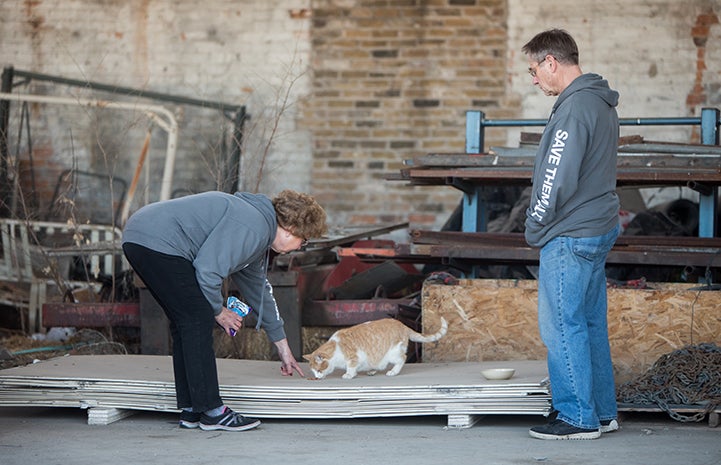 The couple picks up food from the center’s pet food pantry and takes it to managed cat colonies in Davis and Weber counties, north of Salt Lake City near their home. And they also help with trap-neuter-return (TNR), always keeping a few traps from the center at their home for people in their area to borrow. They also use Facebook to stay on top of community cat needs in their neighborhood and surrounding area, and they contact whomever needs help with cats who call the outdoors home. 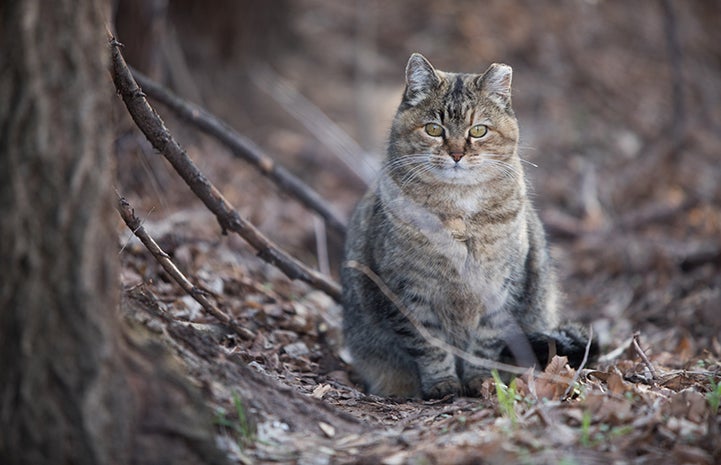 How to build an outside cat house

At Best Friends, the Trussells are perhaps best known for designing outdoor cat shelters to be warm, easy to transport and durable. “They’ll last for years,” says David, who first started using these shelters at the two large colonies they maintain.

One of the most popular ways to construct an outside cat shelter is by placing a Styrofoam cooler inside a waterproof plastic bin. But the Trussells bypass the plastic bin and, instead, wrap pharmaceutical-grade heavy Styrofoam with black plastic. The result is a lightweight cat shelter that keeps cats safe and warm and blends with the environment.

The Trussells’ cat shelter design was so effective that they began making them for other cat colony caregivers. Since they began volunteering at the center, they’ve made hundreds of cat shelters for distribution. They often help at events at which volunteers assemble 40 or more in a day.

Help community cats in your neighborhood 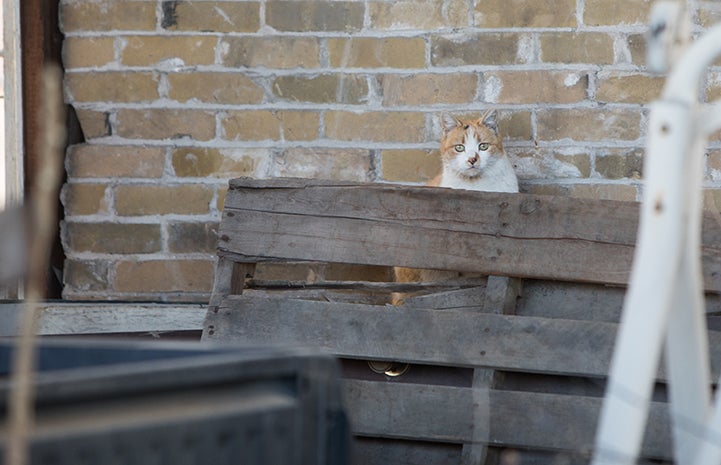 For the Trussells, caring for community cats doesn’t stop when they leave the center. In many ways, that’s just where the work begins, because right outside their front door at home, they manage a colony of around 17 cats.

During the winter months, they made a cozy area for the cats to stay warm and dry in cold, snowy weather. They set up a fenced area with a brick floor covered by plastic, that now houses several shelters equipped with heating pad-lined floors.

The Trussells also look after cats living on a 30-acre piece of property owned by a trucking company about 15 minutes from their home. They show up every day to feed and check on the cats, a routine that began years ago after they learned company employees were worried about the property’s ownerless, unsocialized cats.

After convincing the property owner to allow them to maintain the colony, Susan and David trapped the cats, had them spayed or neutered and returned them to the same location. Their service to the cats is a win-win for all involved. “We are fortunate that he allows us to do this.” says David. 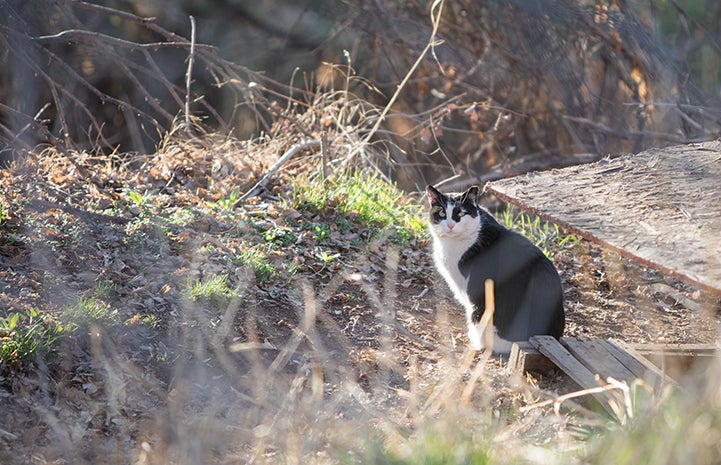 Susan and David have no plans of putting a halt to their lifesaving work anytime soon. In fact, they’re both retired now, which means they have even more time to care for cats in their community and the surrounding area.