Image
Though unsure about the benefits of a small dog, woman and her husband adopt a Chihuahua who's doing very well in their home that includes four cats.
By Christelle L. Del Prete

When Mike Dorrity learned about Best Friends, he knew that his wife, Kristi, would love the Sanctuary. Last March they spent their first wedding anniversary volunteering, and they both loved it so much they decided to make it a yearly tradition.

When they came back in 2018 to celebrate their second anniversary, this time the trip didn’t just change their lives, but it also changed the life of Pablo, one very special seven-year-old dog. Kristi now says that she and Pablo were meant to be together, but before she met him, she wasn’t exactly sold on the benefits of having a small dog. And she never would have guessed that ― out of all the dogs at Dogtown ― little Pablo would be the one she’d fall in love with.

During that second anniversary trip, Kristi and Mike had a great time volunteering in Cat World, Horse Haven and Wild Friends. But Dogtown was where they really hit their groove, as they helped to give 11 adorable puppies their first baths and to socialize some of Dogtown’s youngest pups at puppy preschool.

After also spending some time with the senior dogs, they decided to try a sleepover with an adoptable animal. During a previous visit to the Sanctuary with their children, Mike and Kristi hosted an overnight guest named Bull ― a very large dog with a loud, deep bark. Since Bull had already been adopted, they asked Dogtown staff to recommend a dog for the sleepover, but this time, they were looking for a smaller, quieter companion for the evening.

Pablo was recommended, but Kristi says: “As soon as they told us he was most likely a Chihuahua mix, I became hesitant. All I could think of was a tiny dog that barked nonstop.” 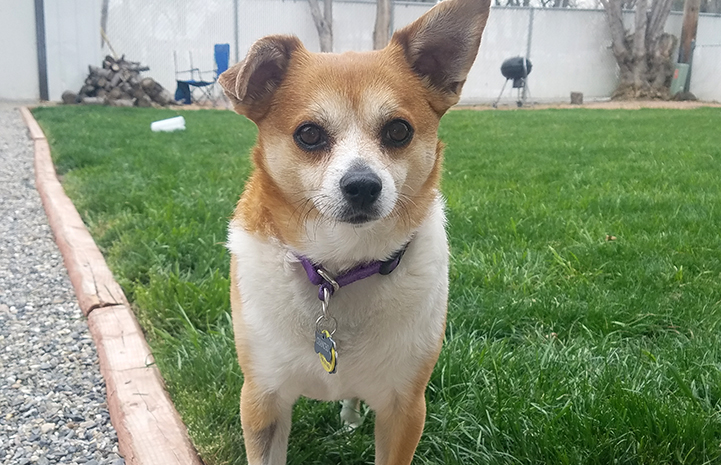 Though Kristi didn’t have much experience with popular small dog breeds or different types of small dogs, she admits she was still hesitant, even when Dogtown caregivers assured them that Pablo was a great little dog — and quiet. She just wasn’t convinced there were many small dogs that don’t bark. But she decided to take the little guy on a sleepover anyway.

Falling in love with a small dog

“Oh, what a wonderful time we had,” Kristi says. “Pablo was amazing. He loved to snuggle and give kisses. He only barked one time, and he was absolutely the most adorable thing I had ever seen. I fell in love with him right away. After the sleepover, we were taking him back to Dogtown and that's when the tears began to flow.” 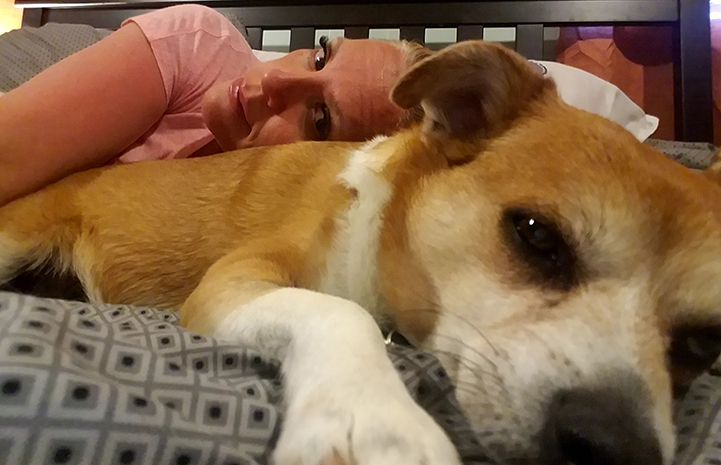 Kristi didn’t want to give Pablo back. She loved him so much already. But she and Mike still felt that getting a small dog would be difficult, because they already had four cats. What if the cats hated the dog? What if the dog hated the cats? What if introducing a new family member and living with a small dog were too stressful for the entire household?

They dropped off Pablo at Dogtown, and when their vacation at the Sanctuary ended they went home to central Utah without him. But Kristi couldn't stop thinking or talking about Pablo. After five days of this, Mike looked at Kristi and said, "Do you want to go back to Best Friends and pick up Pablo?” The answer was an immediate yes.

Kristi contacted a Best Friends adoption specialist, threw together a bag of clothes, booked a hotel and made the four-hour drive to Kanab. “The moment I saw Pablo I cried tears of joy,” says Kristi. 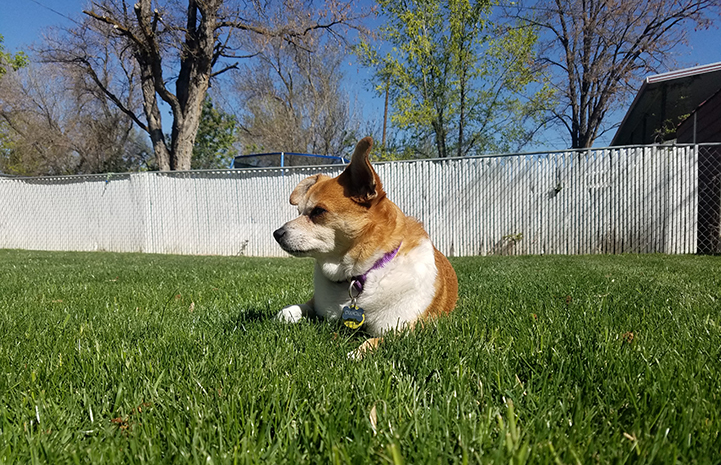 How to introduce a dog to cats

Of course, Kristi and Mike still needed to successfully introduce the cats to Pablo, who has been renamed Chancho. After reading some how-to articles, they felt ready for the challenge.

“When we first got home with Chancho, we let him into the fenced backyard to explore,” she says. “While he was exploring, we went inside to let the cats smell us, so they could smell his scent. We spent some time with them and gave them lots of love. We then put the cats in a secure room and let Chancho in to explore the house. Next, we put him on his leash and let the cats out to see what happened. After reading so many articles on how to introduce cats and dogs, my husband and I felt like we knew the warning signs to look for.”

Luckily there were no warning signs, because while the cats were very interested in Chancho, he was not interested in them at all. Ignoring them, he made himself at home by hopping up on the couch and cuddling in Kristi’s lap. Still, for the first few days, they kept Chancho separated the cats at night and whenever they left the house. Though everyone was getting along, they just wanted to be sure everyone was safe so that if any issues came up, someone would be at home to intervene.

Need help introducing a dog and a cat?

As it turned out (even though going slowly and taking precautions were the right things to do), they needn’t have worried. “It has been a happy ending,” Kristi says. “Chancho was amazing with the cats and the cats tolerate Chancho. We have a house filled with animal harmony.” 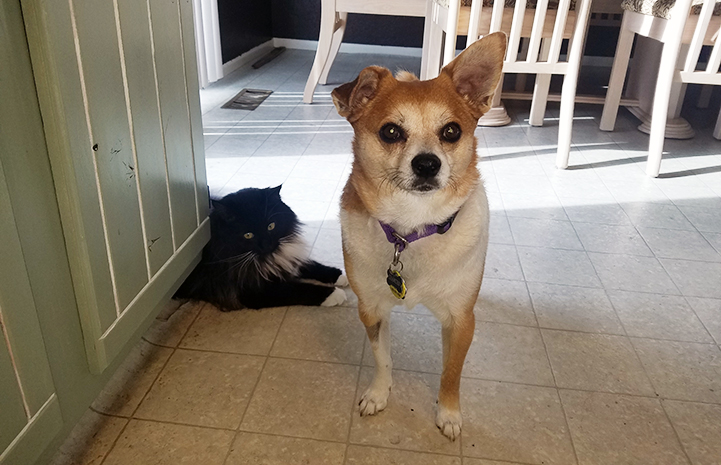 Opening one’s heart to all kinds of dogs

That’s not the only reason for the happy ending for the Dorritys and Chancho. Kristi and her husband have eight children, plus a six-month-old grandson. And they all adore Chancho. He loves to accompany Mike and Kristi on their many trips to baseball and softball games ― even though he spends most of his time asleep in Kristi’s lap. 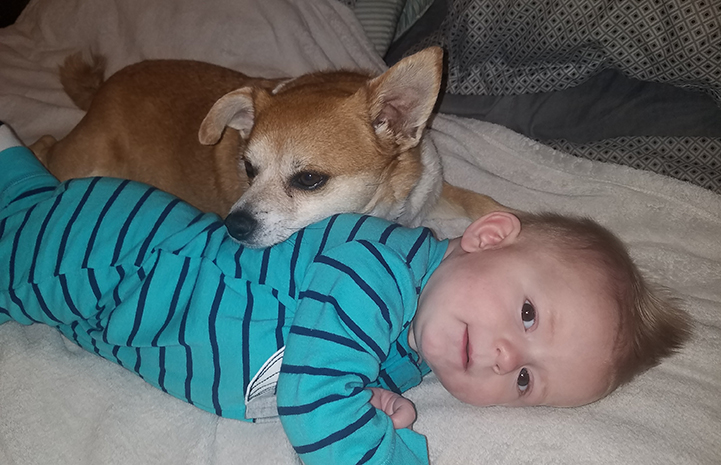 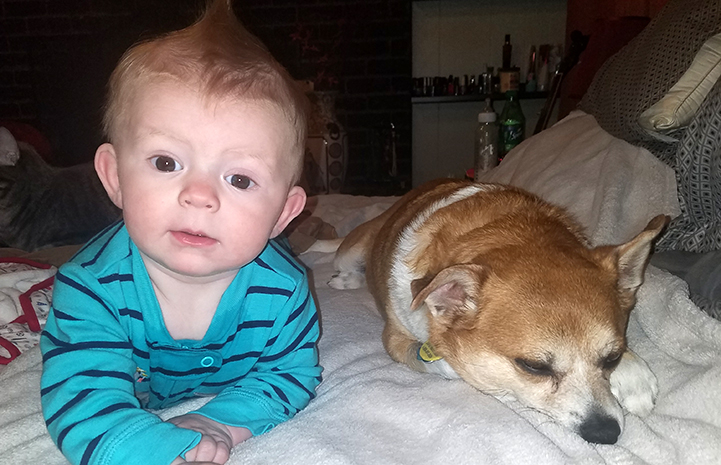 Chancho is even helping her son's dog, Gracie, become more comfortable around other dogs. Though Gracie is very big and towers over him, Chancho is so calm and patient with her that they seem sure to become good friends.

Chancho has also impressed the whole family by learning new tricks. When Kristi took him home, he knew cues to sit, stay and lie down. With a little bit of training, he now shakes with both paws, spins in circles and gives high-fives. 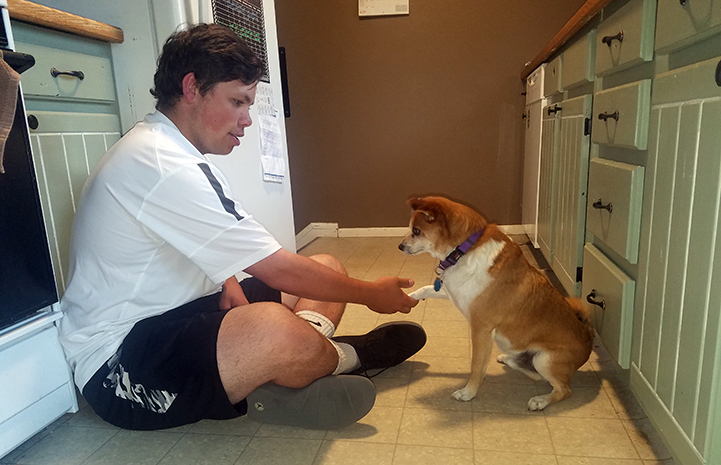 “I feel that Chancho was always meant to be my dog. We just needed to find each other,” Kristi says, “He never goes a moment without loves, cuddles and kisses. Thank you, Best Friends, for showing me how to open my heart to all kinds (of dogs) and for bringing Chancho and me together.”