Maddie's Fund gives out grant funds to Best Friends National Conference attendees, including $1,000 to One Tail at a Time.
By Kelli Harmon

Slot machines are more likely to take money than give it, but that wasn’t the case in the exhibit hall at the Best Friends National Conference this year. That’s because the only slot machine at the conference was at the Maddie’s Fund booth, and not only was it free to play, but instead of coins it gave out grant funds for winners to take home and help pets. In the months since the July conference, the lucky winners — most of whom are Best Friends No More Homeless Pets Network partners — have put their winnings to good use. But that’s only one way Best Friends and Maddie’s Fund have come together in the name of no-kill. 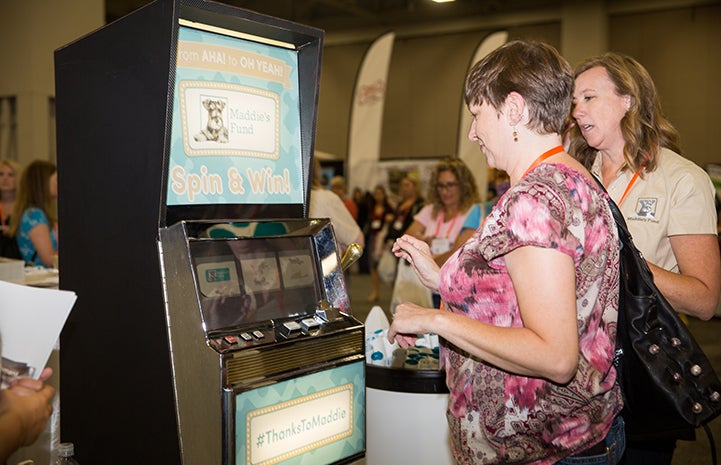 One Tail at a Time’s winning play

A Chicago-based partner, One Tail at a Time, won a $1,000 grant from Maddie’s Fund at the conference, and they wasted no time giving it back to pets in their community. Heather Owen, executive director of the group, says, “We used the funds for our Community Pet Day, where we provide free microchips, vaccines, leashes and collars, flea and tick medication, spay/neuter appointments and other resources to pets in low-income areas.” In one weekend, Heather reports, they vaccinated more than 230 dogs.

It’s just one example of the good done with funds given away during the conference, though that’s only the beginning of their support. Maddie’s Fund gave out a total of $32,000 in grants that weekend, as well as sponsoring the conference itself, helping to make the three-day event possible. In fact, Maddie’s Fund has a long tradition of working together with Best Friends and our partners toward a no-kill country. 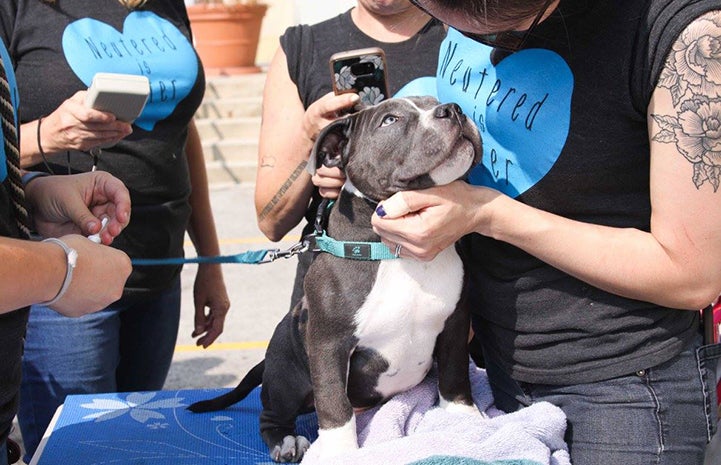 A history of saving lives together

“Maddie's Fund has been a longtime supporter of Best Friends,” says Holly Sizemore, Best Friends’ chief national programs officer. “In the early 2000s, they helped us start what is now Best Friends–Utah, and they have been instrumental in helping to advance the no-kill movement through better data collection, strategic programming and coalition building.” And they’re not slowing down.

“We continue to work together with animal welfare leaders and supporters to champion a nation where every pet has a loving home or habitat,” says Mary Ippoliti-Smith, of the Maddie’s Fund executive leadership team. “This means encouraging and funding new, innovative research and ideas that will help us get there, as well as recognizing leaders who aren’t afraid to push the boundaries, and foster programs that serve as a direct bridge to a new level of lifesaving.”

Holly adds, “Maddie's Fund has been an important and impactful leader for the no-kill movement. Undoubtedly, they will continue to be key in bringing the country to no-kill by 2025.” 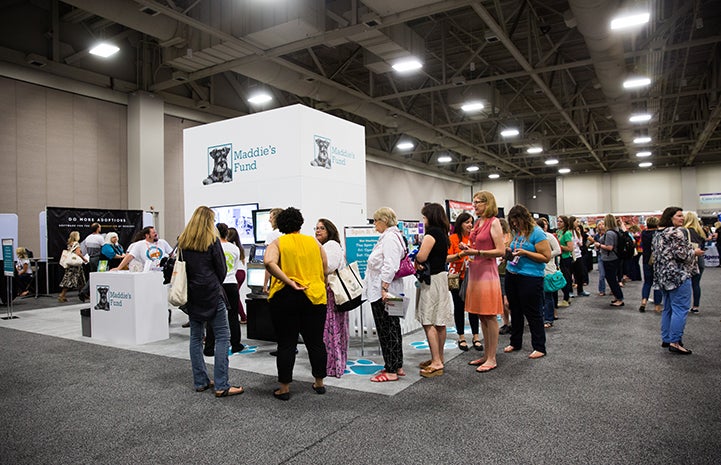